[Daisy Harris is back - you know, the fabulous author who wrote about the poor guy with the oversized schlong?  Anyway, I'm featuring her new book today, Lust After Death. Enjoy! ~Lisabet] 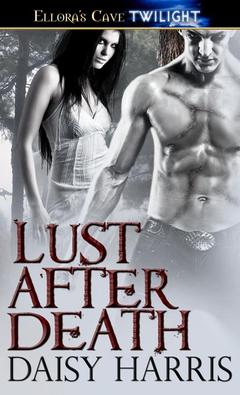 In the Pacific Northwest, where life hurries to keep pace with technology, a re-animated bride named Josie struggles to escape her creator and to find her identity in the half-erased circuitry of her mind and body.

Assassin Bane Connor just wants to get the girl to the Zombie Underground and receive his payoff-a mental reset that will erase his memories as well as his guilt. But an attack by a rival faction derails his rescue, and the wide-eyed female whose circuitry requires a husband tears at his hardened heart and ignites desire like he's never known.