I’ve loved reading and rugby league for as long as I can remember. My mother was one of those readers that had a book beside the bed, one for the bus to work and another in the desk drawer. She passed that love on to me, and while I can only manage one story at a time reading has been a huge part of my life. My husband rues the day he bought me a smart phone because now I can take my library with me wherever I go. Writing is new for me and I have to admit that I just woke up one morning to find these voices in my head telling me their story. When I started to write them down I couldn’t stop, but I never imagined I’d be lucky enough to see them published and added to my ever growing library.

My passion for rugby league was inherited from my father’s side of the family, but I can probably thank my sister for my infatuation with footy players – she used me as a cover to ask players for autographs and photos! That same sister is now a sports commentator here down-under.

So it was just a natural progression to mix my two loves into one. What better alpha male than a muscled sportsman, who spends a great deal of time running around in skimpy shorts and chest hugging jerseys acting fearless on the field but completely vulnerable when it comes to the woman that steals his heart.

Caitlin’s Hero is the first book in my League of Love series.

Falling for him is easy. Dealing with his high-profile life—a life deemed public property by his fans and the press, plus an ex-wife out for blood—now, that’s the hard part. Twenty-year-old Caitlin Walters was living a normal life. She attended university, socialised a little and had a good relationship with her mother and stepfather. But when her parents are tragically killed in a car accident, Caitlin’s life is forced to change. The once carefree girl becomes sole guardian of her stepbrother. Giving up her university course to support and raise eleven-year-old Riley, Caitlin struggles to deal with her new responsibilities.

Her job, singing at a local Italian restaurant, brings Caitlin some peace. On stage, she leaves her life and its troubles behind. Feeling comfortable and sensuous, she is like a siren calling out to lost souls. It’s on one of these nights that Caitlin begins a romance with Australian Rugby League captain, Brodie James. Brodie, not content with his so-called perfect life and struggling with commitment issues following a disastrous marriage, falls hard for Caitlin.

The relationship does not run smoothly for the self-sacrificing Caitlin, as she learns how to deal with Brodie’s nasty, jealous ex-wife, a muck-raking reporter and intrusive but well-meaning rugby fans. Along the way she makes new friends, and awakens the untapped sensual desires of the woman inside

Caitlin did not know how or when it had happened, but her blouse and bra were now undone, leaving her breasts bare to his heated gaze. She loved the way he was looking at her, touching her. She had never gone this far before, and was unprepared for the intensity of her feelings. Oddly, she was not embarrassed at all to be so open to him. She wanted to touch him and tried to pull his jumper up but couldn’t free him of it, so snugly did it fit over his bulging biceps and chest. Brodie pulled the wool garment over his head in one move, and she caught her breath at the sight of his muscled, masculine chest.

Curly, light brown, almost golden hair covered the upper part of his chest, and she couldn’t help notice it tapering down to form a path to his pants waistline and what lay beneath. She explored his chest, getting to know the feel of it, touching the hair and twisting it, brushing her hand across and around his distended nipple. He groaned and before she had taken another shallow breath, she was lying beneath him. He had lifted her off his lap and laid her on the sofa, stretching out next to her with his leg over hers.

Caitlin was unaware of how much time had gone by. All she knew was this man. She wanted to climb right under his skin and needed to feel closer. All the while he touched her and stroked her, and the hardness of his erection pushed into her hip. She wanted to touch him, but he had both her hands held in one of his, lightly pinning them above her head. The other hand was making its way up her skirt—he touched her through her panties. She felt the lips of her vulva swell at his touch. She was so wet she could feel the seep of liquid coming from her body. Unsure, she pulled away from him a little.

“Can I touch you, angel? Feel if you’re all wet for me?” Brodie whispered in her ear, the words both shocking and exciting Caitlin at the same time. “I sure hope you are wet for me. It’ll make me feel so good knowing that you’re as hot for me as I am for you. Trust me, angel, I won’t hurt you. If I do anything that you don’t like or feel comfortable with, just tell me and I’ll stop.”

She wasn’t scared, though he was clearly in control. He pushed a finger into her and moaned in her ear as he touched the sensitive nub of nerves just inside her folds. He began to swirl around it slowly. An uncontrollable wave of pleasure spread through her, but never quite broke over her. She panted, tossing her head from side to side as she searched for some sort of finality before she went mad.
Brodie hushed her and in a dark, sexy whisper told her, “Come for me. Let go. I’ll catch you.” 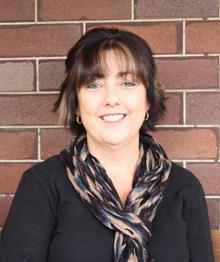 Sydney-born Donna Gallagher decided at an early age that life needed be tackled head on. Leaving home at 15 she supported herself through her teen years.

In her twenties she married a professional sportsman, her love of sport -- especially rugby league -- probably overriding her good sense.

The seven-year marriage was an adventure. There were the emotional ups and downs of having a husband with a public profile in a sometimes glamorous but always high-pressure field.

There were always interesting characters to meet and observe and even the opportunity to live for a time in the UK.

Eventually Donna returned home a single woman, but she never lost her passion for watching sport, as well as the people in and around it.

Now happily re-married and with three sons, Donna loves coffee mornings with her female friends, sorting through problems from the personal to the international. But she's on even footing with the keenest man when it comes to watching and talking rugby league.

Donna considers herself something of a black sheep in a family of high achievers. Her brother has a doctorate in mathematics and her sister is a well-known sports journalist.

An avid reader, especially of romance, Donna finally found she couldn't stop the characters residing in her imagination from spilling onto paper. Naturally rugby league is the backdrop to her spicy 'League of Love Series' available through UK publisher Total-E-Bound, tales of hunky heroes and spunky heroines overcoming adversity to eventually find true love.

Congratulations on losing your cherry Donna! And who doesn't love a powerful, strong and confident man? I look forward to reading Caitlin's story! It must have brought up both good and bad memories for you when you wrote it. Did you find it cathartic?

Thanks Maggie and it didn't hurt a bit! I never really looked at it that way, my characters are more like the footy players of today than those I knew twenty years ago - Wow that ages me ;)

Lol! The comment was removed because the author - while no longer a virgin - still has a lot to learn.

I guess today's players have more of a public profile, given that they do it as a job. That would make it so hard for the WAGS. At least 20 years ago you wouldn't have been called one of those LOL

Welcome to the world of author blogging - and yes you're a real writer. I've only just risen to this status myself and one my first guest blog so I understand how you're feeling. It's exciting and a bit scary (to live up to expectations of more now) and a validation that 'yes, I can write'. Enjoy the journey.

Hi Andra,
Thank you so much for the kind words, yes all those things and a touch overwhelming as well.

So true Maggie and I never got to wear a designer dress on a red carpet ;) still had to deal with the groupies though.

I can't wait to read this one Donna! Congrats girl!

Congratulations on your first post, Donna ~ your League of Love series sounds terrific. I love your rugby playing alpha male. :)

I loved your post, Donna. I too, am a bit of a sports nut, so I see your attraction to men who exert their strengths and passions to the max for the sport they love.

Thank you for the excerpt. I'm with Susan and Danielle, I can't wait to read Caitlin's story!

Congratulations, Donna! All the best!

Congratulations, Donna! And welcome to the wonderful world of blogging. For this being your first time, I'd say you did an excellent job. Awesome excerpt! Ooh, I just loved the way Brodie talked to Caitlin *fans face*.
Congrats again, and good luck!

Thank you Susan, I hope you enjoy it :)

Jen it was good to get rid of that vigin tag ;)Thanks for the positive feedback, blogging about yourself is challenging - My Jets team and their loves are far more interesting.

Cheers and thanks again.

Oh HK, what's not to love about a sportsman, all that muscle and intensity. I hope you enjoy reading about Caitlin and Brodie. Thanks for your support :)

Thanks Bebe, I have to admit I was very nervous about doing the first blog. I'm grateful that Lisabet gave me the opportunity - I love my footy alphas as well:)

Thank you for stopping by Amy - sometimes hard is good though!:D