In Away from the Spotlight, Shannon Sutherland’s romantic interest is Londoner, Will MacKenzie. I made him a Brit for a number of reasons. First and foremost, I am of Scottish descent and I’ve always had a thing for British men. In fact, my husband is a Scot. To an American woman, a British man is fascinating as a matter of course because he is different from American men. His speech is different, his frame of reference is different, and his interests are often different. When dating a Brit, you feel like it broadens your horizons. Based upon my own personal experience, thanks to my husband, I now have a fondness for British comedies, a good curry, and rugby. 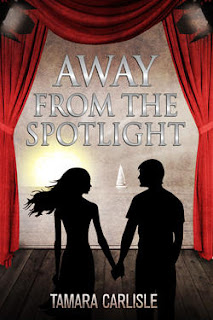 Second, I knew that Shannon would travel abroad after the California Bar Exam and I wanted Will to have a life over there as well as in the U.S. because it allowed for a fuller experience when Will and Shannon met during Shannon’s travels. Shannon stayed at Will’s flat in London, visited some of his favorite places, and met his family and friends. I suppose I could have created a character from another European country, but I wrote what I know. My husband is British and I have spent quite a bit of time in the U.K.

Finally, I had Will and Shannon meet at The Royalist, a pub that was based upon an old hangout of mine, the Ye Olde King’s Head Pub in Santa Monica. I always preferred pubs over bars because they seemed more casual and friendly, making it easier to meet people. And, although the King’s Head has changed a little since my heyday, when I frequented the pub, you couldn’t meet an American man there if you tried. Most were from the U.K., Ireland, Continental Europe, Australia, New Zealand or South Africa thanks to the pub’s location not far from a popular hostel, and the availability of British beers and the game of darts.

While I agree that a British accent can make a girl melt, all British accents are not created equal. My story is a fairytale of sorts with Will being more of a Prince Charming-type. (That said, Shannon, a newly-minted lawyer, was in no need of rescuing.) Will was raised in an affluent suburb of London. Consequently, Will had posh accent, very pretty to American ears, making him that much more attractive. To the extent Americans hear British voices, the speakers tend to have or mimic this type of accent. We’re somewhat used to it and, generally, don’t have difficulty understanding it. However, if Will had a rougher lower class accent and/or a regional accent from another part of the U.K., he might have been difficult to understand. This would have added other elements to the story I didn’t want or need (the guy from the other side of the tracks, communication issues, etc.).

When reading romance novels, I want an escape from my relatively mundane day-to-day tasks. I want to read about a life different than mine without being so over-the-top that it’s unbelievable. It is my hope that Away from the Spotlight provides this experience for readers. And who knows? Maybe one of those guys from Game of Thrones, Henry Cavill, or Robert Pattinson might meet an American law student who doesn’t recognize him sometime soon. It could happen.


[I want to apologize to Tamara. This post was supposed to be part of her virtual blog tour appearance at Beyond Romance last week, but I messed up. Thanks for giving me another chance! ~ Lisabet]
Posted by Lisabet Sarai at 3:00 AM

Email ThisBlogThis!Share to TwitterShare to FacebookShare to Pinterest
Labels: Away from the Spotlight, blog tour, Tamara Carlisle

Thank you for rehosting :-)

For those who want more information about Tamara and her book, the original post is here.

Also, Tamara is awarding two $25 amazon GCs to commenters during the tour, so make sure to leave your thoughts!

Different cultures bring something more to a story, not just how they speak, but experiences too. That's always appreciated.

I really loved your comments. It is so true. I love the entire premise of your story also. I am really enjoying this tour, and I am glad this interview made it into your tour.

Thank you for hosting me today, Lisabet! I appreciate that you brought me back again. I'm glad to be here! Thank you, Mary and MomJane for joining us this morning. I'm glad that you both like my British hero, Will MacKenzie. If only he were real . . .

This sounds like a read I could get into. I am in love with a Scottish man, too, I just haven't met him yet.

All the best with Away From the Spotlight, Tamara.

Thanks, H.K.! I appreciate that you joined us today. Good luck finding your Scottish man!

Great interview! And HK, when you find your Scotsman, please introduce me to his brother. :-)

Thanks, Vitajex! I recommend a trip to Fort William - that's where my Scot is from and it's a great place.

I have Scots blood too, but my ancestors have been in the US both forever and what seems like forever (yep, I have Native American ancestry as well). I do love accents, Scots, Brits, Irish too. You've added some spice to your story, Tamara, that's for sure. I've spent some time in Irish pubs and liked them a lot, especially once smoking was outlawed.

Before smoking was banned, I would come home from pubs with my hair reeking of smoke - and I don't smoke. Thank you for joining us today, Sandra. I'm glad you like the story.

Thanks again for everything, Lisabet! I've had fun today and I look forward to continuing to follow your blog.

Congratulations to Mary P. and Shannon R. for winning the Amazon $25 gift cards! I appreciate everyone who joined me on my tour. Please stay in touch on Twitter, Facebook and Goodreads!