The Uncertain World of Paranormal Romance

Paranormal romance is hot right now. Everyone knows it. Nobody’s denying it. Heck, anything paranormal is hot right now. The romance element just makes it even hotter. Long before a certain tousle haired young man took on the role of a sparkling vampire on screen those of us in the romance field have known just how sexy something with a little bite can be.

The question I keep asking myself though is this: where are we going next in paranormals? If you’re like me you’ve heard that “vampires are over” or “if I have to read another book with … I’ll slit my own throat”. Well slitting your throat would certainly give the vampire authors something to write home about. Anyway, that’s neither here or there. The real question is where do we go next? What’s the hot new thing? 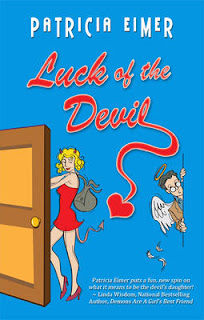 Is it demons and angels like my newest book series? Or is it Greek/Roman Gods and Goddesses like Aimee Carter’s The Goddess Test? Steampunk like Gail Carriger’s Parasol Protectorate? New forms of shapeshifters like Nicole Peeler’s Jane True series? Who knows? I’m batting around ideas in every category I just mentioned.

Honestly? That’s the fun part in my opinion. That’s what makes paranormals such great books to read and to write. There are no rules beyond the Golden Rule of Storytelling to constrain us. Write a Good Story. Everything after that is up to you. Because that’s the best thing in paranormal and fantasy writing – the world you build and that you take your readers to is only constrained by the limits of your imagination.

So, while people on the street love to tell me how they heard from a reputable source who knows these sorts of things that paranormals are dying post-Twilight, I just smile and walk away. Because one thing I know for certain is this. While we might change our labels or tweak our characters slightly to find new ways to tell a story one thing is for certain. Paranormal writers and readers aren’t fading away anytime soon. We’ve got too many places and people and things yet to explore together after all. And if we run out of worlds to see? We’ll just make a few new ones. 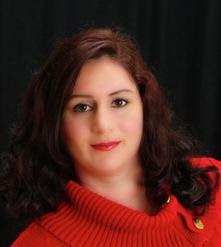 After a stint of “practical thinking” in her twenties where she earned degrees in Business and Economics, Patricia Eimer gave in and followed her passion for books. Her first novel, Luck of the Devil, is coming out August 2011 from Entangled Publishing.

Patricia, here's hoping angels and demons stay big ;-) You're right, the best thing about paranormal themes is the lack of limits. There will always be something new to write about!

I don't know where it's going next, but I think Paranormal Romance will always be popular!

Loved this post! I'm with Sarah, hoping angels & demons stay big. I'm also betting that Valkyrie and maybe more Norse mythology will start rising, but that's just me. I'll have to think about this!

This is excellent! And I agree. Long live Paranormal :D

I apologize for not being here earlier to welcome you. I'm delighted to have you as my guest. I love the cover for LUCK OF THE DEVIL. Looks sort of like paranormal chick lit!

I personally believe that authors shouldn't worry about what's "the next big thing". Write what excites and moves you, and readers will sense your passion. Who needs more copycat books anyway?