Breaking Up the Word Monopolies 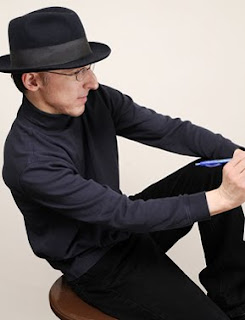 Then, at the point where I feel like I ought to be just about finished, I face up to a reality that I recognized long ago: despite my extensive vocabulary and active dedication to keeping the text fresh, my story is sure to contain overused words. Yes, even though I try to keep an eye on this throughout the writing/revising process, I’ve learned that until I specifically scour the manuscript for words I’ve used once (or thrice) too often within the piece, class must not be dismissed. Because, inevitably, something that was the mot juste on page 2 also ended up being the mot juste on page 4, and perhaps again on page 5. It may indeed be the best word each time; but I have to analyze whether its use on three separate occasions detracts from its impact, or from the gracefulness of the story—and, if so, whether there’s anything I can do about it.

A few years ago, my software-maven wife pointed me toward a free program called Simple Concordance [http://www.textworld.eu/scp/index.html]. And when it’s time to play the “find the overused words” game with a given story, I use this tool to help light the way, by generating a list of all the words in the piece in decreasing frequency order. At the top will be the, which naturally I’ve used countless times (though the program will, in fact, have counted them). At the bottom will be all the words I’ve used only one time apiece.

This list is invaluable. But Simple Concordance can’t do my complex thinking for me. And so I spend hours using the list to direct my attention to words that may call out for replacement on the grounds of overuse. Obviously, it’s not as simple as how many times a word has been used; it depends on what the word is, how it’s used (in terms of meaning and also sentence structure), where it’s used (how close to a previous and/or subsequent appearance), and whether there are any acceptable (if not necessarily perfect) substitutes. And most of these judgments are very subjective.

Ignoring workhorse words like a and she (but not as: I may want to change one of the as’s to a while or a when), I scan the list for significant words with repeat incidences. Sometimes as few as two occurrences will bear investigating in the manuscript (for one thing, to make sure they’re not a mere sentence away from each other, where this isn’t desired). Several instances of a concrete word like office won’t raise my eyebrows if the story is, for example, set in an office (though even here it might be worth considering alternatives like room or executive suite). But I usually feel that a powerful intangible like ambivalence should, ideally, not appear more than once in a short story—unless I’m deliberately drawing attention to the concept’s repetition, as in “She sensed my ambivalence ... Now it was no longer ambivalence, but confusion ... This time she was the ambivalent one.” Speaking of which, the concordance program thinks “ambivalence” and “ambivalent” are two completely different words; but I know better, and I concoct my manual-search strategies so as to account for related forms. Thus I often search on abbreviated letter strings to catch related words: “imag” to catch image, imagine, and imagination.

Yeah, it seems I’m inclined to have my characters imagine a lot. But I’ve been through this routine enough times that I know where to turn when I’ve let my imagination run too wild: my folks can envision or visualize for a change. As that example illustrates, this process has taught me to pay more attention to the second tier of my vocabulary, if you will—the words I don’t turn to often enough when drafting prose because, for each of them, there’s an overexposed synonym that has preferred status in my vernacular. In working to bring second-tier words to the fore, I’m breaking up some of those near monopolies!

Of course, it’s better to give a prima donna another encore than send in a shaky understudy of a word. In erotica, for instance, anatomical terms present a special challenge, as I am by no means the first to observe. I try to remain aware of my anatomical options, but tone and aesthetics will sometimes call for reusing a term rather than sounding a false note with a synonym that doesn’t have the right feel.

I find the overused-word assessment and solution routine quite tedious—to be honest, I dread this chore. But though it’s by far my least favorite part of the story-crafting process, it is by no means a thankless task. With every story, I’m aware of the rewards I’m reaping for my drudgery, as I see the vocabulary becoming richer and the prose enjoying a greater variety of shapes and textures. And then there are those satisfying moments when I realize that instead of substituting one word for another, I can improve a sentence simply by removing the overused word. That dog-eared word wasn’t adding anything to begin with, and the sentence is tighter, and better, without it!

Sometimes the best part of writing is erasing.

[The Simple Concordance screenshot was generated from the final version of my story “Ménage à Denim,” which appears in The Mammoth Book of Best New Erotica 9. In order to fit more of the “interesting” words in the picture, I’ve truncated the top few lines, where you’d find the and friends.] Click here to expand. Use the "Back" button to return to the blog.

BIO: Jeremy Edwards is the author of the eroto-comedic novel Rock My Socks Off and the forthcoming erotic-story collection Spark My Moment (both published by Xcite Books). His work has appeared in over forty anthologies. Drop in on him unannounced (and thereby catch him in his underwear) at www.jeremyedwardserotica.com .

Welcome to Beyond Romance! I'm really delighted to have you here, sharing the secrets of your success ;^)

Hi, Lisabet. I'm utterly thrilled and honored to be here! Thank you for making room for me and my troupe of words. : )

Oh, I love this! It's so nerdy. We hear a lot about creativity, the prettier side of writing, and not so much about the blunter, more basic work of revising.

I've just started to use PageFour - writers' software but mainly, it's just a great, easy-to-use word processor, free of the crap and clutter you get in Word. It includes a function similar to the software you've described, and that makes me happy!

When weeding out repetitions, I also find re-reading in different formats and layouts is useful - print it out, change the margins, increase the font size.

And you're right, it's a slog but crucial - and also rewarding. Thanks for reminding me of the latter part. It's easy to lose sight of that!

i m with kristina! love that post ...and i m glad i m not the only oen who fights and weeds through his repetite used words...especially when i write in english...or mainly in english..when i write in german i usually can keep it the way its written but in english its a hell of weeding and killing and rewriting..so..seems i m not allone in that garden..:-)

It seems unavoidable, doesn't it, that even the most creative occupations ultimately involve steps that are unglamorous tedium. It's funny how that applies even when working with something as nonmaterial as words (as opposed to the physical stock of woodworkers, for example, who no doubt spend countless hours sanding).

"When weeding out repetitions, I also find re-reading in different formats and layouts is useful - print it out, change the margins, increase the font size."

Agreed! The revision I do just prior to the concordance-aware one is from a printed copy of the current draft. I find not only that this prompts me to catch any undetected typos (which isn't surprising), but also that I pick up on certain things in the rhythm and phrasing that I've missed when working from the screen. And, for whatever reason, this is also the stage at which I'm best at detecting where I've unnecessarily repeated a character's name (i.e., where a pronoun would be better).

The more of us there are in the garden (even if we're all focused on cultivating our own gardens [props to Voltaire]), the more fun it is, right?

I use a tool that is similar in my writing, too. Of course, now that I'm checking for it on my computer, I can't find it, but it is by Roger Carlson, and a real winner. I think these sorts of tools are invaluable. Thanks for sharing yours!

Thank you for sharing the Carlson rec as well, Katie! And I hope it will turn up before the next time you need it. : )

Oh, nice post. I liked this sentence, even though it's the "but" to your main idea: "Of course, it’s better to give a prima donna another encore than send in a shaky understudy of a word."

For my writing, I find when I'm stuck on a certain word or phrase that I can't seem to shake that the problem is often not just that word or phrase, but the whole sentence pattern. I used to teach research paper writing, with all that thorny paraphrasing, and I seemed to be constantly telling students, "Don't just swap out the nouns. Say the whole thing another way." Good advice for me too.

By the way, I've tried like six times to post this with my WordPress ID, and I keep getting the error message "Your OpenID credentials could not be verified." I have no idea what that means. So I'm going to try for "anonymous," even though that is not my first choice. This is Sharazade, and my WordPress blog, with or without its "credentials," is at http://sharazade.fannypress.com

Hi, Sharazade, and thanks! (And sorry I'm late getting back here.)

I love your "say the whole thing another way" advice. As you know, I recently read your excellent blog post on related issues (a few days after I wrote the present piece but before it went live). There must be something in the air! : )

I remember you telling me you did this once upon a time. And I thought, "Man, I'd go insane". But don't tell anyone, I do it sometimes to. At least a super speedy version of yours. It's interesting to see what word pop up a lot in any given piece.

Thanks, great Smut Girl! Very fun to think that you remembered about my neurotic-I-mean-dedicated concordance habit.

I genuinely thought this was going to be all about finding euphemistic ways of saying our favourite porn-type stalwarts such as 'cock' 'pussy' 'throbbing' 'wet' 'climax' 'rubbed' 'gasped' 'screamed' 'growled' etc, so feel a bit embarrassed that it is something much more pure and worthy. Yours, embarrassedly, Quiet Riot Girl/Elly

Btw, I think I've seen some great essays about anatomical vocab at Oh Get a Grip and/or Lust Bites.

Brilliant I will take a look. It is one area where I become a bit limited in my repetoire that is for sure. Also sometimes I avoid the more 'biologically correct' terms as they sound a bit clinical and unsexy to me. ('Pubis' for example).
Obv this is an issue for me I will skip off to find these anatomical vocab essays!

Oo, nice! I didn't know such a thing existed. This will save me future shame...

Plus you can paper your walls with all the one-of-a-kind concorded print-outs that you've generated for each story.