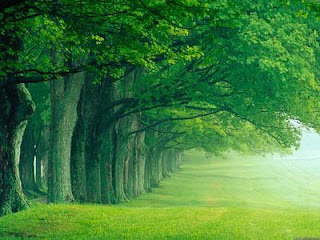 Today is the Summer Solstice--the shortest night and longest day of the year (in the northern hemisphere) and the first day of summer.

I now live in a tropical climate, so summer doesn't necessarily mean much change in the weather, but I still remember the excitement of summers as a child. I loved school, most of the time. Still I cherished the freedom that came with the change of seasons. Back, then, summers were endless. Trips to the lake, games in the woods, popsicles and the ice cream truck, lemonade, long afternoons lost in some book, twilights that seemed to last forever...

Summer held a kind of magic, especially when I got a bit older. You could wear clothing that was barely there. The nights were lush and soft, moon-drenched and smelling of new-mown grass. Romance was always a possibility in the summer, the time of bare limbs and bronzed skin, strangers met on vacation, stolen kisses and heartbreak when you had to part.

I just submitted a story set in high summer in the hills of western Massachusetts. I know the area well. Summer is particularly sweet in New England because it's so short. The plot of my tale doesn't really have much to do with summer, except for the fact that the characters are all involved with a summer stock theater company, but the magic is still there in the background, at least for me.

My current work in progress, in contrast, is a holiday tale that takes place during a blizzard. Quite a mental shift!

In any case, Happy Solstice, whether summer or winter. I wish you a season of love!

Posted by Lisabet Sarai at 8:31 AM

Your youthful summers sound idyllic: Trips to the lake, games in the woods, popsicles and the ice cream truck, lemonade, long afternoons lost in some book, twilights that seemed to last forever...

Makes me sigh to read this (my younger years were nothing similiar) and hope one day, Lisabet, you might write a tale of such a magical time with lush and soft, moon-drenched nights!