As an author of Science Fiction Romance, I've made it my policy to create detailed worlds and backgrounds where the characters in my books can play. My son Jamin studied computer graphics in college, and he's as much a SciFi buff as I am. Small wonder we have worked together on so many projects for my website, including the tour I set up.

I envisioned the Tarthian Tour Company as a travel service that would provide custom tours and trips for their clients. Designing the worlds, deciding how they were laid out and where, which was a military outpost and which were civilian, and other details of the kind took more work than I care to remember. I was lost in the empire for a few months, I think!

Jamin and I worked together to create the worlds, and it was during this time that he taught me how to use Photoshop. He has CS3 now, but I still have version 6 -- rather like the difference between a throwaway camera and a massive 3D one. I do my best to create the things I can, and then call him when I need help. If we've been back and forth on an issue, he'll answer the phone, "Photoshop Help Line, may I have your ticket number please?" LOL

The cover is by Anne Cain. 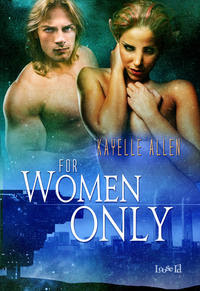 When Kin Ambassador Mehfawni Ruh visits the capitol planet of the Tarthian Empire, she meets the human Khyff Antonello, a master of pleasure who satisfies her every craving for illicit and taboo sex. She expected a fling, but found love. Upon discovering her own people devastated his family, she longs to restore all they destroyed, but some tragedies can never be reversed. Her family demands she cast out the human, for if she keeps Khyff, she must deny her heritage and abdicate her future as ruler of her world. Mehfawni searches for an alternative, and stumbles upon Khyff’s darkest secret. Now, she must decide -- is his fragile trust the response of love and a healing heart -- or a ruse for revenge?

Khyff held a drink, his free hand tucked in his pants pocket, while he listened to the man in front of him talk. Alitus had introduced them and then made a swift disappearance in the general direction of the empress, far across the room. Now Khyff was stuck pretending to be interested in an old man whose name he could not recall if his life depended on it.

The Kin female Alitus pointed out absorbed all of his attention, even though he wasn’t able to look directly at her.

Mehfawni Ruh. If I’d ever thought I’d be turned on by a Kin, let alone a Ruh, I’d have shot myself. That was before I saw her. Why didn’t they tell me she was beautiful? That isn’t the pheromones talking, is it? No, surely not.

He smiled at the man, content not to have to speak. Apparently, the guy only wanted an audience.

Mehfawni’s ears had flicked upward when she noticed him. Khyff sipped the drink. He knew enough about Kin to understand that meant interest. And then she’d flicked one in his direction. That was like saying hello.

She filled out that sparkly white dress, her body all feminine curves with large breasts and wide hips. She knows she’s lookin’ good. A real woman. Oops, real female, he corrected. Kin despised being called men and women. All too human for them.

Is she coming my way? He gulped another slug of the drink and reminded himself to slow down. His heart raced. Adrenaline would kick alcohol into his bloodstream faster, and he was going to need his strength if tales of Kin sexual prowess were true.

Someone mercifully captured the attention of the old man. Khyff turned to see where Mehfawni had gone.

She was standing directly behind him. Her gaze lifted from where she’d apparently been examining his ass. She did not look the least embarrassed at being found out.

She had big golden eyes with green flecks, her pupils perfectly catlike, and the longest lashes he’d ever seen. Up close, she looked more human than he’d expected. Her breasts were round and full, and the cleavage showing at the neckline teased his gaze.

She was smelling him. Was that good or bad? He crossed mental fingers and hoped for good. Alitus had told him to use nonscented soap and avoid cologne. Kin liked the smell of sweat.

He smiled, used to the comment. He sipped the drink. “It’s not.”

She laughed. “Figured that one for myself.” She extended a hand. “I’m Fawni.”

He shook hands with her. They hadn’t told him she had such a cute nickname. He set his drink on a passing waiter droid’s tray. “Like a deer?”

“Like a Kin. My full name’s Mehfawni. It means hunter.”

He tucked both hands in his pockets, playing it slow, like Alitus had coached. “Let her make the moves. Let her seduce you.”

“Does it fit you, being called hunter?”

“Oh, yes, Khyff.” She extended one claw and slid it along his jacket lapel. She smoothed the cloth, sliding her hand down to his waist. “It does indeed.”

Damn. This is going to be quite a ride.

“So, Khyff. Are you intimidated by sexually aggressive women?”

His cock twitched. Are there women who aren’t? I’ve never met any. His turn to give her body the once-over. “Sexually aggressive women? No. But you’re no woman. You’re a Kin female. The way I hear it, your kind is aggressive in everything.”

Her fangs showed when she smiled. The bridge of her nose was higher, flatter than a human’s.

“Do you have a problem with Kin?”

“No. Do you have a problem with humans?”

“No.” She stroked her fingers down his lapel again, lingering on the one button of his jacket, near his waist. “Do you have a place?”

Hot damn. He hadn’t smiled this much in years.

Alitus had set him up with a penthouse with a fully stocked bar and plenty of snacks. Good sex always ended with the munchies.

“I’m staying in the hotel.”

For Women Only © copyright 2010 Kayelle Allen

For Women Only; Antonello Brothers 2, a Tarthian Empire book Khyff is a master of pleasure with a tortured soul. Can Mehfawni redeem him, or will he destroy her for trying? Buy link: http://www.loose-id.com/For-Women-Only.aspx

At the Mercy of Her Pleasure; Antonello Brothers 1, a Tarthian Empire book 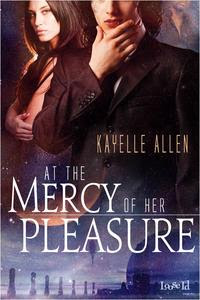 Find Kayelle on the web:

Welcome to Beyond Romance! I really like the excerpt!

Good excerpt. I can see you spent a lot of time and effort to build the Tarthian Tour Company. I could spend way too much time there. It looks good. Nice job! Nice of your son to help you also.

Kayelle - Author's backstorie's are as interesting to me as their writing.
I tend to write about character's struggling with inner demons, so it is breathtakingly refreshing to hear about the worlds and settings you create in your stories. I need to learn how to do that. My hubby helped me design the cover for my first book (The Shadow of a Dog I Can't Forget) using Photoshop, now we're separated, so I'm on my own for my second book, a novel, Night Surfing. I love the fun interplay between you and your son.
I also love names - Kayelle and Jamin, great ones! Mary Kennedy Eastham

Thank you for hosting me, Lisabet. I'm honored to be one of your guests.

I like the name "She" -- as in "She Who Must Be Obeyed." ^_^ You are so right! I did spend a lot of time there. Someone asked me what it cost for a round trip ticket to Tarth in coach, and I joked that I had no idea. I always travel empire class. lol

Mary, it is synergistic to work with another person, isn't it? When my son and I work together, the ideas bounce back and forth like sparks. We are developing some new art for the Tarthian Tour Company that will highlight features in an upcoming book. When you build a detailed enough world, there is so much depth from which to draw ideas. Things we created back in 2004 are still fueling concepts in 2010. And now he and I have six years of experience (12 between us) to produce more layers in the story.

Part of my backstory involves my oldest son helping me with art and design. Another part is my youngest son Joel coaching me with science fact to help me develop fiction. He designed a working "tradestandard dating system" from my idea of having one. He drew out the heirarchy of genetic dominant traits, and showed me how and why Kin (feline) genes could produce a child with a human, but why their offspring would nearly always be sterile (like a mule). Even hubby has gotten into the act. I'll be explaining part of the plot, and he'll say "So and so wouldn't do that. He'd..." and proceeds to explain how a guy would think thru a particular process. I hope you find a good partner for your next cover. Anne Cain has done three covers for me at Loose Id, and she's brilliant.