All Around New Zealand 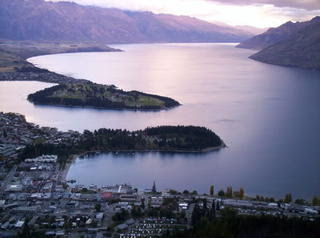 New Zealand. It’s the country whose scenery stole the show in the Lord of the Rings movies and the place I call home. My name is Shelley Munro, and I write contemporary and paranormal romance for Samhain Publishing and Ellora’s Cave and historical romance for the new Carina Press.

I choose to set many of my books in my home country, both because it’s familiar to me and because I like to showcase the beauty of the place for readers. To me it’s the place I live, but to readers in the United States of America, the United Kingdom or elsewhere it’s an exotic location and one they’d love to visit. Maybe some of them will visit in the future while others will do the second-best thing and go with armchair travel and reading.

New Zealand consists of three main islands: the North Island (which is more highly populated), the South Island (which is rugged with a range of mountains up the middle) and the small and remote Stewart Island. The scenery varies a great deal from North to South. The North Island has many volcanoes, some dormant while others such as Ruapehu, Ngauruhoe and White Island erupt on a regular basis. The north of the North Island is semi-tropical with high humidity and lots of rain. The South Island is more rugged with mountains and beautiful lakes. In summer it’s incredibly hot while during the winter temperatures dip below freezing.

Summer in the City of Sails, one of my earlier books published with Ellora’s Cave is set in Auckland. In fact, part of the title is inspired by the fact Auckland has a beautiful harbor and on a sunny summer day it’s full of yachts. Make That Man Mine is set in the island paradise of Waiheke, not far from the city of Auckland.

Currents Run Deep is also set in Auckland, but I’ve brought in some of the beaches, with their black sand, a reminder of our volcanic origins.

In my recent release, The Bottom Line from Samhain Publishing, you’ll briefly visit Wellington, our capital city. The main part of the book is set in Auckland, and many of the places the characters visit are my favorite haunts.

The entire city of Auckland is actually built on and around volcanoes—over fifty of them! We live on what is known as a field of volcanoes and all of them are dormant rather than extinct. Although it’s possible one of them could erupt, scientists say it is more likely a new volcano will appear. Rangitoto, the cone-shaped island in Auckland harbor is the youngest of our volcanoes erupting a mere six hundred years ago.

Never Send a Dog to Do a Woman’s Job is about an alien who wants to bring tourists to New Zealand. He hires a female travel agent to show him some of the sights and they visit places such as thermal Rotorua with its geysers and boiling mud holes, Lake Taupo with its stunning lake (the result of a huge volcanic explosion thousands of years ago), the wine country of the Wairarapa and Marlborough and beautiful Nelson. With this book, the reader can explore New Zealand along with the hero and heroine.

My Middlemarch Mates series is set in the small Otago town of Middlemarch in the South Island. There are currently eight books available in this series about a black leopard colony who live secretly among humans. In these books I visited one of my favorite regions, that of Otago and Mackenzie country in the South Island. In Assassin and Cat and Mouse you’ll visit vineyards and the beautiful Queenstown with its mountains and lakes. In Stray Cat Strut you’ll visit Aoraki Mount Cook, home of the highest mountain in New Zealand.

New Zealand—it’s a beautiful country, and one I hope you all get the opportunity to visit in the future, either in person or within the pages of a book.

Note: Please visit my photo album at my website if you’d like to see some photos of New Zealand. 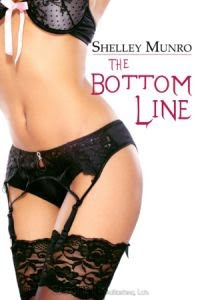 We spent two weeks touring New Zealand in a camper van back in the eighties and had a wonderful time. It's one of the more photogenic countries I've ever visited, especially if you like nature (and sheep!). Two weeks wasn't nearly enough time, though!

I really liked the city of Christchurch. It had a European flavor.

One of my most vivid memories: We were parked for the night near Mount Cook, when a huge thunderstorm came up. (This was in the fall--April, I believe.) The camper was one of those old VWs with the pop-up roof. We lay in bed, feeling the blustering wind shaking the van, terrified that it was going to tip us over, since our center of gravity was very high. There wasn't much we could do; you had to pop up the top in order to fold out the bed. I suppose we could have gotten out of the bed, stashed it away, lowered the pop-up and sat in the front seat all night watching it pour...

Great post! I'm looking forward to guesting at your blog in July.

I have to agree your home country is gorgeous! I spent three months there 12 years ago before starting my third year at university. I have relatives in Hamilton and it was the most amazing adventure of my life. If I ever get the chance I'll be back and know that I know your book are placed there, I'll definately be checking them out!

Thanks so much for having me to visit today, Lisabet. I don't think I've met anyone who has bad memories of a visit to NZ.

I had to smile about your camping experience because we were camping once in Rotorua, and I swear I thought the tent was going to blow away. My husband and I weighed down each side of the tent and tried to sleep but, finally, at about three in the morning, we gave up trying to sleep and drove home! It was the worst camping experience of my life.

Trina - I never spent much time in Hamilton. It's a place we tend to drive through on our way somewhere else. I know there are some beautiful spots there though and a very keen rugby culture!

My husband has visited New Zealand several times on business, and I can't wait to follow in his footsteps. It looks so beautiful and unspoiled. I love that you set your books there too,

I couldn't imagine living in a city built on one volcano, let alone fifty of them. I think I'll stick to my isthmus! ;)