And What Do YOU Do?

“I can’t believe your mum knows you write erotica, I can’t even talk to my mum about sex.”

The words of a friend of mind during a discussion on the finer points of writing erotica. Not only did it make me realise how lucky I am to have a mum who is so liberal, but it also made me think about how secrecy tends to be standard when it comes to this particular field.

I use my real name and don’t mind that people know that I write erotica because I am self-employed. Although, I might well feel differently if I were still working in the corporate world, I’ve done my stint and I’m not going back. No, dammit, I won’t go back, I’m not going back and you can’t make me....sorry, lost my train of thought for a moment. Where was I?

I haven’t got around to reading any Jackie Collins, but I suspect that it isn’t for the faint hearted. She is just one example of an author who is quite open about what she does, but she is still firmly in the minority as many of us feel that we need to opt for a nom de plume.

I suspect it is because many erotica writers do not have the luxury of being able to forgo their ‘proper’ job to concentrate on their beloved job, and the knowledge of this wouldn’t go down to well.

Maybe its human nature to avoid situations which will cause people to see us in a different light – anything that isn’t deemed normal by society’s standards.

I’m not sure that I could be that brave if I was in her shoes, but I do intend to take a leaf out of Ms Collins’ book. What about you? 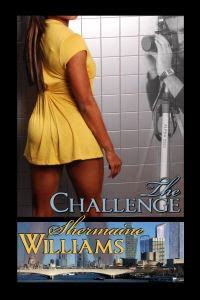 BIO: I began writing after doing the education thing and the tedious office job thing. It took me a while to realise that I could do something that I enjoy and get paid for it, but I got there eventually.

Having reached my late twenties, I have decided that I want to write full time, so that is what I hope to be able to and have gone some way to realising my ambition by getting several short stories accepted for publication.

I am always working on new material (even if it's just thinking about the next story) and hope to get more work published in the near future.

The types of story I write are mostly quite realistic: I like to leave people guessing about whether I am actually trying to disguise my own life in the story! I like people to be able to see some of themselves in my characters. Although I like to try new things, so will try different sub-genres to see if I can come up with a good story.

Visit me on-line at: http://www.freewebs.com/shermainewilliams/

Email ThisBlogThis!Share to TwitterShare to FacebookShare to Pinterest
Labels: Shermaine Williams, The Challenge

Welcome to Beyond Romance! I admire and agree with your attitude toward writing erotica. Although I use a pen name in order to protect my anonymity (I do have a day job) I'm proud of what I write.

Hi Shermaine,
Good on your for being proud of what you write and for having the guts to use your own name.

Thanks for the welcome and the lovely sentiments, Lisabet and Margaret. I do like to read opinions on interesting topics.

Lovely to meet an out and proud author of erotica.

My mums biggest problem with my work...she hates the title of my third book...so of course I'm dedicating it to her. lol. Aren't mums great!

Thanks for sharing and inspiring,