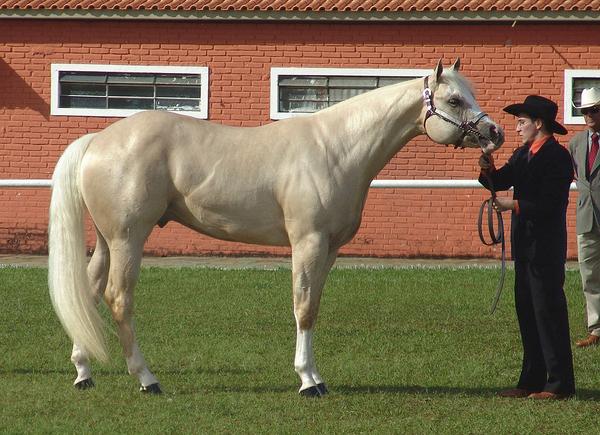 In my recently released romance The Texas Cowboy, the heroine Trish is passionate about the America Quarter horse or Quarter horse breed. This handsome and versatile breed excels at sprinting short distances and, in fact, gets its name from the fact that they are faster than a thoroughbred in a quarter mile. Some have been clocked at 55 mph. The development of the Quarter horse traces back to the 1600s.

Reining is a western riding competition where the riders guide the horses through a precise pattern of circles, spins, and stops. Reining is also considered to be a lot like figure skating. All work is done at the lope, or the gallop.

Cutting is a western-style discipline in which a horse and rider are judged on the horse’s athleticism and ability to handle cattle. Modern competition utilizes a 2+1⁄2 minute performance, called a "run."

In the 1600s, on the east coast, breeders imported English Thoroughbred horses and bred them to various native breeds. The Quarter Horse claims some Spanish blood, i.e., Iberian.

The early foundation sires of Quarter horse type included Steel Dust, foaled 1843; Shiloh (or Old Shiloh), foaled 1844; Old Cold Deck (1862); Lock's Rondo, one of many "Rondo" horses, foaled in 1880; Old Billy—again, one of many "Billy" horses—foaled circa 1880; Traveler, a stallion of unknown breeding, known to have been in Texas by 1889;  and Peter McCue, foaled 1895, registered as a thoroughbred out of disputed pedigree. Another early foundation sire for the breed was Copperbottom, foaled in 1828, who tracks his lineage through the Byerley Turk, a foundation sire of the Thoroughbred horse breed. If you look at the picture of Peter McCue and the current Quarter Horse model, you will see the breed traits.

The American Quarter Horse Association (AQHA) is based in Amarillo, TX. The organization was founded in 1940 in Fort Worth, and now has nearly 234,627 members, over 32,000 of whom are international. 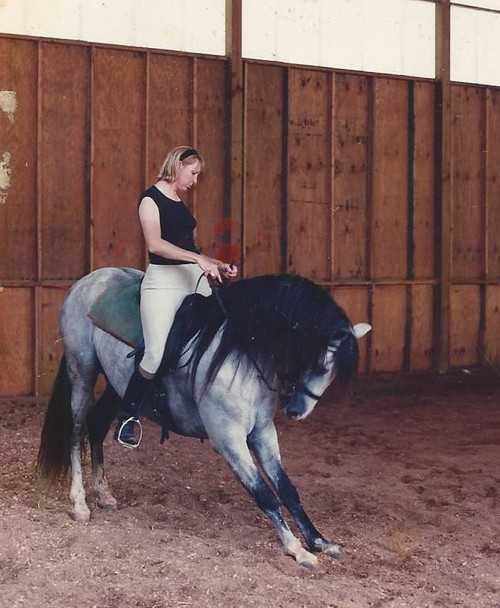 I have bred, brokered, trained, and showed the Andalusian horse for many years, and one of the nicest crosses was the Quarter Horse with the Andalusian. 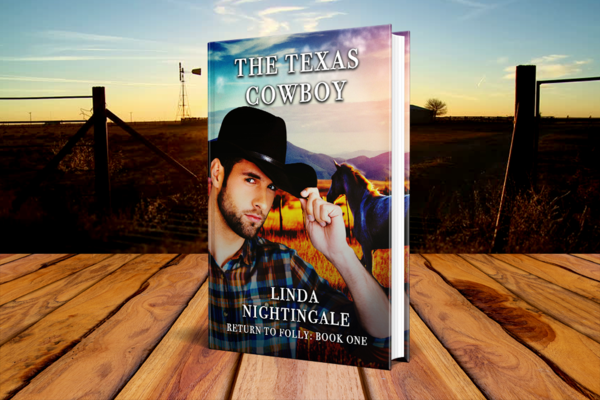 When Ash Colter was twelve, his mother divorced his cattle baron father and whisked him away to raise in her native England. Sixteen years later, when his father dies, he inherits Marathon Ranch. Running a 1,000-acre spread famous for the best Black Angus cattle in the great state of Texas is the biggest challenge he’s ever faced…until he meets a pert, pretty, and sassy ranch hand who seems to have her own agenda for his ranch. Unfortunately, she makes his spurs go jingle-jangle-jingle like no one else ever has!

Trish Owens is a real cowgirl, a loner, and, though she’d never admit it, a little lonely. When the “English Cowboy” appears on the scene, her entire way of life is threatened, not only her job, but her beloved Quarter horses. She’s sure he plans to import his thoroughbreds from England. Worst of all is the chemistry sizzling between them. He makes feelings she thought long dead awaken.

Can these two unwilling allies set aside their differences to put Marathon Ranch in the Winner’s Circle…and to fall in love?

(An ex-girlfriend of Ash’s has just shown up announced – from the U.K.!!)

Trish ignored his joke about taking care of her. “Well, thank you, Miss Whatever-your-name-is.” When she shot him a glance, he saw the sadness in her eyes before jealousy evaporated it like the morning dew. He couldn’t allow Trish to think he’d made love to her last night, knowing Dorothy would arrive today. Or thinking he’d sleep with the other woman tonight. Embarrassed as well as annoyed, he flushed to the roots of his hair. Dorothy leapt into his hesitation, offering Trish a handshake.

“I’m Dorothy Applewhite.” The Duchess stared down from her superior height of five-six. “I arrived with the horses, more or less.”

“I’m Trish. Nice to meet you.” Nothing could sound less like the truth.

He looked from one woman to the other. “Dorothy, how did you happen to arrive minutes after the horses were unloaded?”

His ex-girlfriend winked, squeezing his arm against her breast. “Trev mentioned the name of the transport company. I rang them and, using your stable name, was told the shipment would arrive this week. You’d given me the name of the town. I consulted my travel agent and here I am. I wanted to surprise you. I’ve missed you, Ash-Dahling.”

“Ash-Dahling has been busy managing this big old ranch…” Trish batted big innocent eyes and continued in a honeyed voice, “I imagine, that is.”

Dorothy simply stared at the other woman, probably trying to decide if the cowgirl in a red Marathon shirt and figure-hugging jeans was competition. Not Trish’s usual barn clothes. Had she dressed to impress him? Maybe before the horses were unloaded and the duchess arrived. Now, she only wanted to impress one thing upon him. Go to hell.

Trish cast a meaningful glance at Ash, then attacked her opponent with fine-edged sarcasm. “Your white studded jeans are just the thing for the wild west.”

“Thank you.” Dorothy smoothed a hand down her shapely hip. “I ordered them from an American western wear store just for this trip. The shirt, as well. Do people really wear these small string ties?” She flipped the ends of the Bolo, and Ash almost choked trying not to laugh.

Must be hysteria. This was no laughing matter.

“I haven’t seen a lot of people—in fact, not even one—wearing a Bolo.” Ash shoved his hands into his pockets. He felt naked, exposed, and a feeling he hated--vulnerable. “Maybe Sunday for church.”

Frowning, he suggested, “A country and western bar?”

“I prefer dives, sir. Country music, with or without a worn flag painted on the floor, lots of beer, and the Texas two-step.” Trish was no longer laughing, nor did she look very sassy. Was she angry enough to cry…or hurt enough to be angry?

“You two don’t get in an argument about my little tie. You may have it if you like.” His former girlfriend slid a possessive hand around his elbow. “I have Ash here. Dear, my bags are in the boot. Will you ask someone to take them to your room?”

“Are you still redecorating the Master Bedroom?” Trish was digging his grave deeper with a guileless smile.

She did not mean the redecorating question to be helpful, but he could turn it around on her. Though after the funeral, he’d moved into the Master Suite, he’d been too busy to make many changes. Marathon was a jealous lover.

“I am.” He looked from one to the other. “Still redecorating.”

The two women frowned. Each one affixed her chilly gaze to him.

Ash wanted to squirm, but a good rabbit knows that any movement only incites the hawk. “Let’s get you settled. Trish, if you need anything, call me. As I said, you’re very welcome to stay here.” Please.

“Will do, Ash.” Trish placed warm emphasis on his name, but the look she leveled at him gave him frostbite. 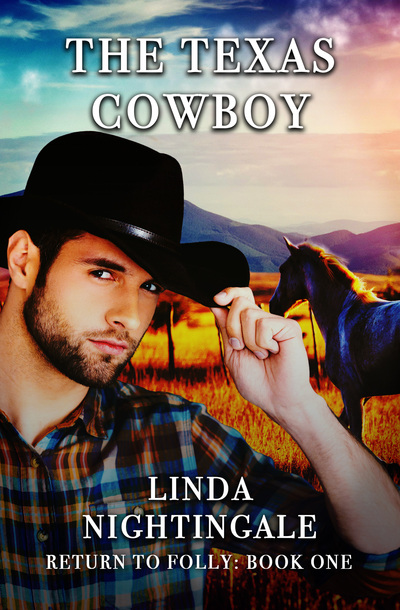 After 14 years in Texas, Linda returned home to her roots in the South Carolina red clay. She has eight published novels, four of which are available in audio from Audible.com. For many years, she bred, trained, and showed the magnificent Andalusian horses. So, she’s seen a lot of this country from the windshield of a truck pulling a horse trailer. She won The Georgia Romance Writers’ Magnolia Award for Excellence, the Raven Award, and the SARA Merritt. In real life, she was a legal assistant. She loves to dress up, use the good china and crystal, and host formal dinner parties. She has a fondness for sports cars like her current ride, Zippy Z.

Really interesting post. Are you the rider in the picture of Bonita?

Hi Lisabet, Thanks for hosting me today. I am the rider in the photo with Bonito. We were schooling the bow in preparation for a show. He wasn't wanting to bow low enough. I like Quarter horses, too, but my heart belongs to the Andalusian,