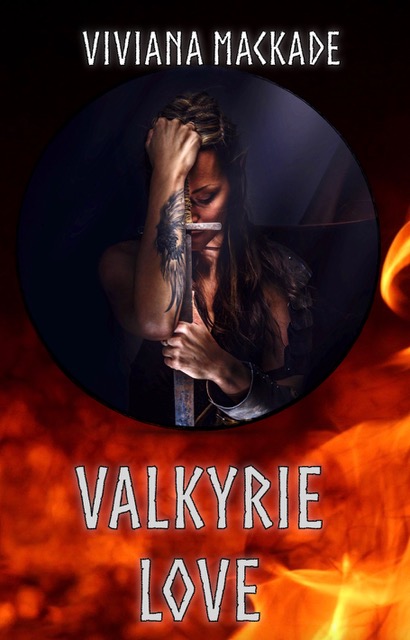 I love writing contemporary suspense. The red herrings, the clue, the suspense, weaving in love as the characters gets deeper into trouble.

So how, why, did I end up in a fantasy set in Norse mythology?

Thor Ragnarok is one of my favorite movies.

Chris Hemsworth is hot. That’s not really a reason for the book, but is a reason good enough for whatever. Funny fact, though, when it was time to make my own version of Thor, he is nothing like the movies guy. He is, and I quote my Valkyrie, Brenna, “he is a tool nowhere near as hot as the Aussie guy.”

I like mythology in general, but the two aforementioned points led me to the Vikings’ cosmology.

My world, my Yggdrasil, is loosely based on the actual Edda (the poetic or the prose). I took some crumble here and there, names, topography (not sure that’s the actual name of the map of a mythological universe).

I did it on purpose, because for as much as I enjoy studying it, I’d never know enough about it to base a story on it. Also, where the story took place is important, but my stories are romance and that’s what I focus for the most part. I didn’t want/care of lecturing the readers on the Vikings believes. I want to give them an adventure and used what I needed to accomplish as much.

And as for the why, it’s because I love reading fantasy, which led right into wanting to write in the genre.

I hope you enjoyed this post and will keep following the tour!

A Valkyrie drifting through millennia, alone but free.

A new race seeking vengeance and an old one fighting for survival, and the balance hang on a child’s life.

Our heroes’ journey through the Roots of Yggdrasil is long, hard, and dangerous.

Fire Giants, demons, an army of half-breeds, they all can end the mission at any moment, but the child must live.

Feelings don’t belong on such an endeavor. Or to Valkyries.

But, like a stubborn flower, love grows in dirt.

Only one problem: now love is deadly.

Amazon Kindle ~ only 99 cents while in preorder

Find the dates at www.viviana-mackade.blog

Reed rested his elbows on his knees, observed his scarred hands before zeroing his quiet, blue-green eyes to her. “What am I doing here, Brenna?”

“Yes. Elves have that ability. She saw you and me in Vanaheim, cheering for victory.”

“So, I’m destined for something? Because visions and destiny can kiss my – you know what. I’m done having people making choices for me.” Soft, slow, his words held iron and steel, an unbreakable will. “I choose for me.”

Brenna chuckled. “You can relax, Alexander Reed. Visions are not what’s necessarily going to happen. It’s not a prophecy. They are one of the millions of possibilities. If you decide to come, if you survive the journey to the Vanaheim, if we do everything that specific vision requires, then there’s a chance for us to end up becoming the vision.”

“Better.” Then he frowned. “What do you mean, if I survive? What about you?” He stopped. “Wait a second, what are you?”

Brenna could be selling him some crap, or at least try to. What would the point in doing as much be? This man, a stranger, was way in already, she might as well come clean. “I’m of the Aesir people.”

“Why is the name familiar?”

“Because the realm I come from is Asgard.”

She saw the moment where realization dawned on him. Very few knew about Vanaheim, or Muspelheim, the land of the fire giants. Many, many people thought they knew about Asgard–thank you, Hollywood. His eyes grew huge, and he ran a hand over his messy short hair. “Shit.”

Because there was something deeply comic in the way he took that news after all he’d learned, she tilted her head and dealt the final blow. “I’m a Valkyrie.”

Brenna burst into laughter. “I will not,” she said when she could speak again.

He kept looking at her, up and down, like she came from another planet. Well, okay. She did. But so did Maeraggyth, and he didn’t get a seizure for it.

“You are a goddess,” he finally said.

“No, I’m not. We served Odin and Freyja, who are Gods, but we were not goddesses ourselves. Strictly talking.” Brenna shook off the uncomfortable feeling her past always gave her and readdressed the topic. “Reed, is it? No Alexander, no Alex. Sandy?”

“Well, Reed, nice to meet you and welcome into the mess that’s Yggdrasil. Are you hungry?”

Without a second thought or hesitation, Brenna headed to the door. “Then come,” she told him. “We’ll eat and talk more later.” 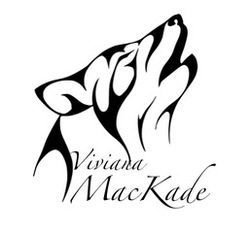 Beach bum and country music addicted, Viviana lives in a small Floridian town with her die-hard fans and personal cheer squad: her husband, her son, and her daughter. She spends her days between typing on her beloved keyboard, playing in the pool with her babies, and eating whatever her husband puts on her plate (the guy is that good, and she really loves eating). Besides beaching, she enjoys long walks, horse-riding, hiking, and pretty much whatever she can do outside with her family.

The best way to know me is through my website (and the books I host): http://www.viviana-mackade.blog/

Welcome back to Beyond Romance! Sounds like you've used the old myths to create your own world.

Thank you so much for having me!