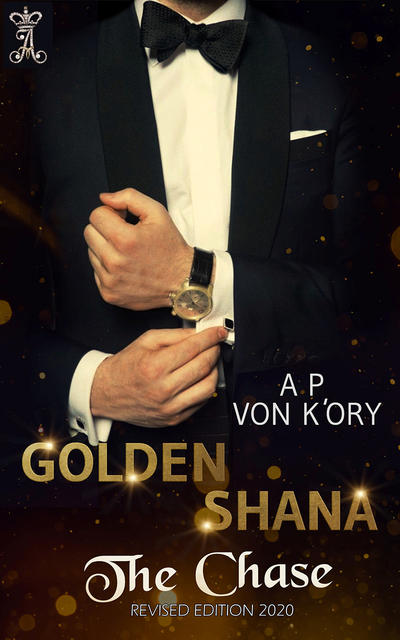 An evening at the La Scala in Milan twirls the lives of five people into a web of rivalry, intrigues, heartaches, obsession, murder, loss, and revenge.

Love, a word Roman can hardly spell, hits him when he sees Shana one evening. She’s the first woman not dropping to her knees at his mere presence. Used to getting whatever he wants, he chases her. Only to discovers that she prefers the girls. Roman can’t let that deter him. But is he for once up against his own comeuppance? At any rate, he needs assistance, which comes in the form of Alyssa, Shana’s BFF. Trouble crops up when Alyssa is all too ready and willing to drop on her knees for him.

Roman can't get anywhere near Shana on his own. Would he start anything with Alyssa as long as this finally leads him to meet Shana in person?

Then there’s Marie, his current companion, who has a life-changing surprise for him.

Roman: I never chased after a woman. Then I caught a glimpse of the woman I would kneel for, but didn’t even know her name. Heck, I determined to find her if it took me the rest of my life.

Shana: He stood in the room with her. The frisson in the currents freaking between them knocked her senseless. The mutual force of predator and prey, blasting into her core ... her soul ... Danger. Keep far away from him

“Are you a bloody dyke or not, Shana?” I was ready to hit the fucking roof.

“It’s really none of your business. But Alyssa is—”

I strode purposefully to her, pulled her to me, raked one hand into her lustrous hair at the back of her neck, grabbed a handful of it firmly, and tilted her chin up with my other hand. I bent and kissed her hard on the eat-me-whole lips. Kissed her savagely, without trying to push my tongue into her mouth. I simply licked and sucked with force. She smelt of manmade scent and sultry womanhood.

As her lips began to yield, to slightly part, to surrender to me, to let me take full possession of her mouth, I stopped kissing her and pressing against her. I jerked her head away from me by my handful of hair and locked my eyes with hers again.

“Yes?” as imperiously as she had been. I saw her confusion.

She whispered, “Oh heavens,” and closed her eyes.

“Indeed. Look at me,” I ordered in a low dark voice, torn between a million shades of mad and frustrated.

She opened her eyes again in blinks. “Roman. Alyssa has fallen in love with you, one. She’s my best friend since childhood, two. And yes, she’s my lover too.”

My temples worked. But you’re a man’s woman! “Not any more, Shana. From now on, every single bit of you belongs to me. You’re. My. Woman.”

She shook her head, probably denying my statements, probably perplexed.

“You. Are.” I still held that bunch of hair at the back of her head in a firm fist.

“Roman, I don’t mind Alyssa having men in her life. But—”

“Christ, Roman, men don’t work for me since—”

“One just did perfectly with no more than just a kiss, Dr Lindqvist.”

I released her. Turned away and walked out. 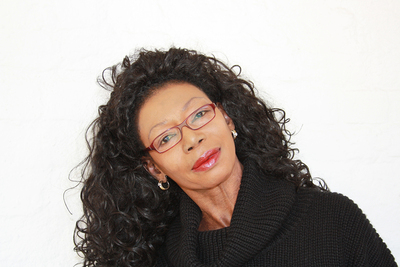 A P von K’Ory writes the kind of books she herself would like to read and is passionate about, whether romance, psychological thriller or nonfiction. She is the winner of six awards from four continents, the last one being the Achievers Award for Writer of the Year 2013 in the Netherlands. The Selmere Integration Prize was awarded her in 2014 for her engagement in helping African Women in the Diaspora cope with a variety of domestic and social problems. The Proposal, a short story, won the Cook Communications first prize in 2010 and is published in an American anthology Africa 2012. In 2012, she won the Karl Ziegler Prize for her commitment to bring African culture to Western society in various papers, theses, and lectures. Again in 2012, her book Bound to Tradition: The Dream was nominated for the 2012 Caine Prize by the Author-me Group, Sanford, and in 2013 she was shortlisted for the Commonwealth Writers Prize.

Von K'Ory is married to an aristocrat and politician of Franco-German descent, has a large extended family. She lectures Economics and Sociology in Austria, Germany and Switzerland. She’s migratory and – weather willing – lives in Germany, France, Cyprus, and Greece.

She may be reached at any of the following:

Sign up for news about me & the family, ARCs & Freebies:

Want to join up and receive ARCs from my next (or current) books? Please join the discerning readers at the link below: https://www.facebook.com/AkinyiReadersReviews/

It would be lovely if you could Like the book page and read the latest interviews and news about Shana and Roman on Facebook at:

It would be equally wonderful if you could Like my Author page and read more about Shana and Roman new releases, cover reveals and what I’m up to lately on Facebook at:

A P von K'Ory is giving away a $50 Amazon/BN.com gift card to one randomly chosen reader.

Hello, dear Lisabet, I thank you (as inadequate as that overused phrase might sound) sincerely for allowing me to rule your kingdom for my own ambitions for a kingdom of my own with this blog. Like no other author friend, you've been there for me and pulled me out of those hated tech deep waters, wiped my sweat and tears and - with all your Queen's Horses and all your Queen's Men - put my old Humpty Dumpty together again.

Above all else, thank you for simply being there for me as a friend.

I like the cover. It sets the tone for the book.

Love the series! A sizzling page-turner filled with action, drama, and loveable, addictive characters. I highly recommend this series to all lovers of romance and powerful writing.

Welcome to my blog! I'm delighted to help you kick off your tour. I hope it brings you many new readers.

Quite a way with words I must admit! reneela2000(at)gmail(dot)com

So descriptive! I particularly enjoyed this: "She smelt of manmade scent and sultry womanhood."

I love a strong female lead and a slow simmering romance! Thanks for sharing an excerpt!

Wow, someone who admits to being a Barbara Cartland fan (or Barbara Cartwheel as my dad and brother called her) too. For an author who sold millions of books, there sure aren't many admitted readers out there. I, too, was a big fan as a pre-teen/young teen until I discovered bodice rippers. A whole new world opened up.

I love the cover, synopsis and excerpt, this is a must read for me. Thank you for sharing your book and author details and for offering a giveaway.

This sounds so good. Blurb definitely hooked me and the cover drew me in first. Looking forward to reading.

This sounds so good!! It's on my TBR for sure!

I like strong female characters. I think I would enjoy your books.

Thanks an ocean for giving me your time and thoughts about my work. I feel truly honoured and appreciated. I extend the same back.

I'm not usually a fan of alpha males, but I am intrigued!

Not a fan of alpha-hole male characters. Too many regard the chase as intoxicating--the having, not so much. But if Lisabet says these are good books, since I really respect her opinions, I'd have to read it for myself to see.

I love the sexy cover. Thanks for the giveaway!

"A strong female character who remains ultra-feminine but is no mimosa waiting for a strong someone else to rescue her."

"A male character, who elegantly rides that thin line between Gentleman and Rogue, cultured and demanding, but without stooping to that arrogantly stupid “Because that’s who I am” line."

My kind of guy.

"He has to be smart enough to say exactly that in a thousand different words but those."

What a clever statement.

"A love that wakes up slowly from deeper foundations than the social ladder and physical bedroom skills."

"Protagonists – male or female – who are beautiful / handsome in body as well as intellect."

These are my favorites too!

"Sex that takes the lovers to outer space with the dueling of their bodies and minds vocally as well as emotionally."

"An Alpha man who, if she is “not to come until I say so” has a better argument to earn that privilege than “because I say so”."

"If he’s into topping all the way then he’d better be able to top while under her as well, in and out of bed."

"Conflicts for my protagonist that battle not only with those of the antagonist to reach his goal, but also with mine as the storyteller fighting for him to do honour to my theme."

What an interesting idea...fighting with the storyteller.