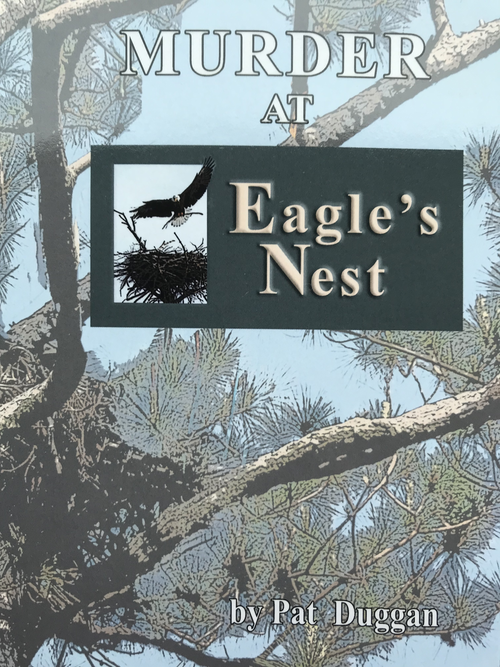 Murder at Eagle's Nest is a gentle mystery novel set in a peaceful vacation resort in Apalachicola on Florida's Forgotten Coast. The area is still reeling after Hurricane Michael made landfall only thirty-five miles to the west, on Mexico Beach. It uncovers fraud, driven by greed and arrogance. However, everything changes when a body is discovered. The police detective brought in from Tallahassee quickly enlists the help of two women staying at the resort, who have unusual insight. They ultimately uncover critical evidence, which unmasks the perpetrator.

Hazel remembered seeing the Comfort Suites Inn as they drove through the outskirts of Panama City. The Airforce Base was located on the main highway and although it had clearly suffered damage during the hurricane, it appeared to be operational. They pulled into the hotel parking lot and made their way to the front desk.

They decided to continue with the story of trying to find a lost friend and approached the front desk manager. Hazel began, “Good Morning. We are sorry to trouble you, but we are hoping you can help us. We are looking for a friend of ours who seems to have gone missing. His name is Randy Jacket and this is his picture.” Hazel held up the photo, then continued, “A young man out at Dugger Field seemed to think he may have stayed here for a couple of nights last week. Do you remember him?”

The manager looked at the photograph and answered, “You say he is missing? Because we don’t normally give out information about our guests.”

Hazel said, “That’s right. And it sounds like he did stay here. Is there anything you can tell us about his visit? We are just trying to gather information.”

The manager, realizing he had been caught by his own words, said, “Well, yes, he was here. Interesting gentleman. He was telling us that his company is going to rebuild Mexico Beach. They are going to build a super new, high class condominium complex, it is going to be the flagship property for his company, he said. He was clearly excited by the whole thing. They have bought all the land and he was going to check it out on the Thursday. Must have been a big property to inspect, because he left after breakfast and didn’t get back until about three o’clock in the morning. I just happened to be working the nightshift and saw him come in. He looked exhausted. I don’t think he even saw me as he walked past the desk. He looked a mess too. His clothes were all dirty. But I guess if you have spent your day on a building site, it is to be expected. “ 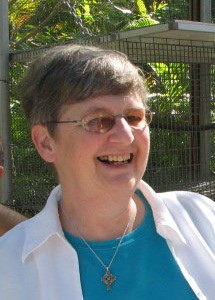 I’m originally from Manchester, England but moved to the U.S. over 30 years ago. I have an accounting background in both countries. Several years ago, I discovered an interest in writing. My two previous books, Finding God in an RV and The Power Within, document my spiritual journey. However, as a longtime lover of murder mysteries, with a passion to follow plots and figure out the perpetrator, it was time for a new direction. I decided to ‘try my hand’ at weaving my own story, and true to my character, I had to tie up all the loose ends. Murder at Eagles Nest is my first mystery novel, and I am already working on the next mystery for my amateur detectives Hazel and Anna to solve.

Pat Duggan will be awarding a $10 Amazon GC to a randomly drawn winner via Rafflecopter during the tour.

Welcome to Beyond Romance! I am delighted to help you kick off your tour.

Hello Lisabet,
Thank you for hosting my book tour - I am really excited about this new venture and glad you chose to be a part of it. I apologize for the delay in writing but I had some internet connection issues this morning.
Pat Duggan

I appreciate getting to hear about  a book new to me. Thanks for sharing and thanks for the giveaway.

Hello James,
Thank you for your interest. I really enjoyed writing Murder at Eagle's Nest and as a result I am currently working on my next book. My amateur sleuths, Hazel and Anna are already 'investigating' their next mystery! Good luck with the giveaway and either way, i hope you decide to read my book.