Writing to Music for an Immortal King (@kayelleallen #Playlist #freedownload)

I feed the muse with music, especially when I need to choreograph an emotional moment, or an action scene. When I watch movies, I will sometimes turn off the sound and study the movements of the actors. Lee Pace, who played Elven King Thranduil in the three Hobbit movies by Peter Jackson, is a favorite. Thranduil is so much like Pietas from Bringer of Chaos: the Origin of Pietas that I found myself studying the way he moved, the way he stood, and even the way he sat. Like the immortal King Thranduil, my hero Pietas is at home with himself, cocky, sure, and confident. He comes across as a narcissist but in truth, he harbors no doubt whatsoever about his abilities. At the beginning of Bringer of Chaos Pietas is already almost two thousand years old. A man should have plumbed the depth of his strengths and weaknesses by then, and like Thranduil, Pietas has mastered them. Sadly, that doesn't mean he can't fail. 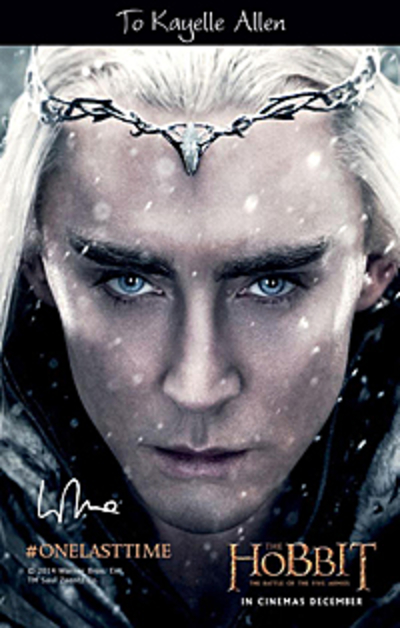 Writing the fight scene (excerpted below) meant I needed some new mood music. This action sequence with reanimated special ops soldiers was unlike anything I'd written before. I studied stunts in many action movies and listened to so much new music I was afraid I'd forget what I was there to do. I finally settled on combinations of moves by Jackie Chan (speed) and Captain America (smooth motion). The best way to write a fight is not to spend too much time on details. I know that sounds wrong, but the truth is, the human mind can picture action much better if writers don't try to fill in all the blanks.

A punch to the jaw is fast and hard. Taking the time to explain the impact of the fist against flesh and the way the jaw moves, the expression on the person's face, how they fall back -- that takes up time. Writing a fight means writing a scene that's fast. Pietas is decisive. He doesn't hesitate for a moment to do whatever it takes to win.

I needed this scene to reflect his desperation. Those who had betrayed him gave Pietas two options. Surrender or die a horrible death by fire. He had been trapped in a situation and location that made escape impossible. He had no way out except death or submission. Defiant even in defeat, he created a third option of his own, and that is what sets the scene.

On YouTube, "Queen's Breach" by The Critical Mass is listed as "Epic action aggressive driving rock powerful". One listen and you'll agree. If this isn't Pietas in action as a fighter, I don't know what is. Read the excerpt while you listen to this, and you'll see him in action. I listened to it repeatedly while I choreographed and then wrote the fight scene.

Image credit: Thranduil image presented to Kayelle Allen during the #OneLastTime Twitter event before the premiere of The Hobbit: Battle of the Five Armies. 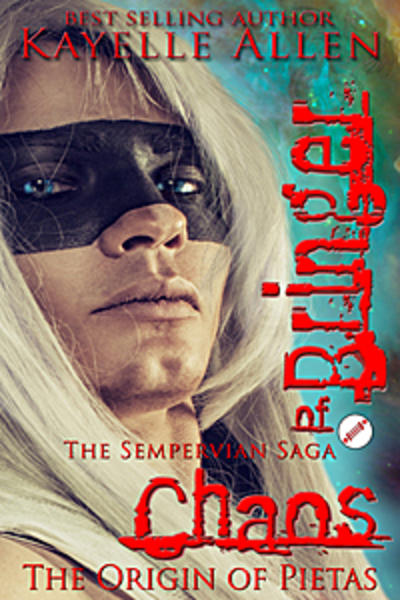 Excerpt from Bringer of Chaos: the Origin of Pietas

The stasis pod Pietas hid behind rested on the floor, and came up to mid-thigh. It hid him, but allowed no view of the door. A sudden change of light told him soldiers had entered. Grunts, they wore beams on their chests to light their way. The idiots had left them on, which let him calculate the level of brightness. At least six.

That was all he warranted? He hardly knew whether to be amused, or insulted.

He waited for a stirring of emotion, but felt none. Smart. They'd sent either androids or ghosts with those new anti-emo chips. The latter would be fun to fight. When he killed a reanimated special ops soldier, would they experience a human death, or did they have to be terminated like his people? How well did the chips work?

He'd find out in a minute.

A tiny trickle of fear leaked. That meant three things.

One: ghosts. Two: anti-emo chips? Worthless. Three: even the dead feared him.

More fear leaked, and then frustration. The ghosts were fighting the effect of the chip. They were afraid of being afraid. Typical. Humans underestimated the power of death. They thought dying and coming back to life meant you'd overcome the fear of dying. He had died thousands of times, yet he still avoided it. Their anti-emo chips had given them no edge whatsoever.

Excellent. He could use that.

Another hint of fear surfaced. It zinged over Pietas's skin like a cool breeze, good as a waft of air. How interesting! Emotion from the reanimated energized more than emotion from the living. He drew the aetheric fear into himself, gathering strength.

The silence meant no air had entered the room. He'd miss his favorite sound: bones breaking in his enemies.

Remaining on his side, Pietas let them get all the way inside the room.

Crowded as the space was between his pod and the wall, two ghosts crept into it. Six spots of light showed on the other side. Eight ghosts then. That would be a much better fight. One nudged him with a foot.

Suppressing a smile, he continued to play dead.

Ghost One bent down, turned him onto his back.

The guy came in closer, checked for a pulse.

He opened his eyes.

He yanked him down, hard, while jamming the heel of his hand up. The ghost's head snapped back, and Pietas felt his bones crack. He shoved him aside and went after Ghost Two.

Pietas gripped his leg and tripped him. He jammed an elbow down onto the man's neck. Bones broke. The ghost's stab of dying fear spiked the energy from the first, and Pietas mixed it with his gift of chaos. He flung the vortex of emotions outward, broadcasting confusion and terror.

He activated his ability called zip. The pseudo speed meant he could move at a regular pace, but humans perceived him as a blur. They could not focus on him long enough to get close. To him, everyone moved in slow motion.

He flipped onto his feet, braced both hands on his pod, and kicked Three and Four square in the chest.

He pushed off the pod, and the momentum carried him straight into the arms of Five and Six. They stumbled backward, tumbling Seven and Eight onto the floor.

Pietas rolled, grabbing Seven. One quick twist of the neck, and another down. Five to go.

Six and Eight flipped themselves to their feet. Three and Four struggled to rise.
Pietas took a running leap and crushed Three's neck. Four raised his hands to shield his face. A swift kick to the head--gone.

Pietas dropped, rolled, came up behind Eight. Broke his neck.

The burning need for air hurt, but there were two to go.

He turned, and a fist caught him in the mouth. Thrown off balance, he danced sideways. Pietas touched his lip, and frowned at the spot of blood. He met the gaze of Ghost Six, who'd punched him.

No human had ever hit him before. Pietas gave a nod.

Five and Six rushed him.

Turning into Five's momentum, Pietas hurled him into the wall, jamming the ghost's head down onto his spine.

He whirled back to find Six standing beside Helia's pod, working a control panel. The ghost held up a warning hand, and poised his other over a bar with flashing red letters:

You dare to threaten my mother? Pietas sent daggers of empathic icicles outward. As fast as he was, he could kill the ghost without killing her. He darted forward.

Six shook his head. "Don't make me," he mouthed. He patted a set of wristlocks at his waist, and then pointed to the floor.

Download a free adult coloring book you can print and share. Relax and color with friends. It's fun!

This is a fantastic fight scene, Kayelle. The short sentences communicate a sense of action and breathlessness.

I hope that Bringer of Chaos is selling really well!

Thank you so much for sharing this! I got a note from a reader yesterday that just said "OMG he wiped the floor with them". LOL Yes! What I was going for. :)