Walk on the Dark Side

"If this was one of Lynn's stories, they'd be an ax-wielding clan of murderers, rather than a cutesy family." -- Matt B.

My first childhood crush was Han Solo, back in the days where there was no "Han shot first" bullpockey. Han shot. Greedo died. And Harrison Ford was cute, and not-blond, which was a big plus for me. Being a brunette and constantly being compared unfavorably to my blond cousin. Han was a smuggler and a thief, a gambler and a liar, and he expected to be paid for whatever he did. It was motivation I could get behind.

Bad guys get all the best lines.

"Why a spoon, cousin?"
"Because it's dull, you twit. It'll hurt more."
-- Sheriff of Nottingham, Robin Hood Prince of Thieves

"I have altered the deal. Pray I don't alter it any further."
-- Darth Vader, Empire Strikes Back

"Do you expect me to talk?"
"No, Mr. Bond. I expect you to die."
--Auric Goldfinger, Goldfinger

"I don't like warriors. Too narrow-minded, no subtlety. And worse, they fight for hopeless causes. Honor? Huh! Honor's killed millions of people, it hasn't saved a single one. I'll tell you what I do like though: a killer, a dyed-in-the-wool killer. Cold blooded, clean, methodical and thorough. Now a real killer, when he picked up the ZF-1, would've immediately asked about the little red button on the bottom of the gun. "
-- Zorg, The Fifth Element

"We dance, we kiss, we schmooze, we carry on, we go home happy. What do you say?"
-- Hades, Hercules

Villains often get the best clothes. I mean, let's be serious. Who looks cooler, Boba Fett or Luke Skywalker? Rochefort or Porthos?

I have been in love with villains and anti-heroes since the beginning. I liked Rhett Butler over Ashley Wilkes (Gone with the Wind), Raistlin over Tanis (Dragonlance Chronicles), Edmund over Peter (Narnian Chronicles), and probably the most argued, Harold Lauder over Stu Redman (The Stand). 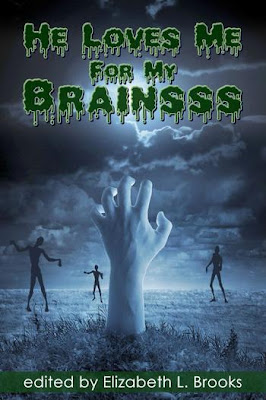 Seeming with one mind, several of them leapt toward the war-wagon, mouth agape in broken-tooth snarls, mouths gaping wide and dripping toxic saliva. One scrambled for a fingerhold on the narrow strip of portal, giving Avesy his first look at a live lazar. Unfortunately, it was rapidly followed by his second view, and his third and tenth. They didn’t get any more attractive, or less wrong-seeming with repeated exposure.

Each one looked almost human. Almost. In ways that twisted the brain into uncomfortable places. Eyes that were too large, or too narrow, or just hell's breath in the wrong entire locations. Mouths that gaped and stretched, filled with more teeth than were strictly necessary. Tongues with eyeballs on the tip. Clawed hands that could rip up steel and tie it in knots. Bulging muscles, straining at split and mangled flesh. And in every mangled, tortured face, Avesy could see hunger, desperate hunger. He swallowed hard, hands tightening on the wheel.

How is Korin not insane, dealing with these creatures? Avesy thought, jerking the war-wagon sharply to the left to loosen the zombie’s grasp on it. The pulse-rifle fired, a stacatto thump, the strike of a muffled drum. Whump whump whump. The lazars fell like poisoned roaches, not even twitching in the aftermath.

They may not always show up in my stories. But this is me, and I can't ever give up my first love. 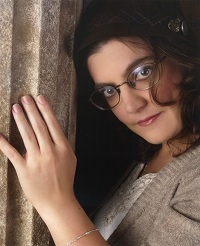 Lynn Townsend is a geek, a mother, a dreamer, and the proud owner of a portable black
hole that eats kittens, odd socks, staplers and her car keys. Her works have appeared in a dozen
collections, including “Steamlust” and “Coming Together: Hungry for Love.” When not writing, her interests include coffee snobbery, filk music, assorted geekery, and chasing her child around. To learn more about Lynn, please visit her website, http://paidbytheweird.blogspot.com/ or on Facebook https://www.facebook.com/LynnTownsendwriter

Email ThisBlogThis!Share to TwitterShare to FacebookShare to Pinterest
Labels: Coming Together: Hungry for Love, guest blogger, He Loves Me for My Brainsss, Lynn Townsend, villains

Welcome to Beyond Romance, and thanks for a great post!

I do love reading a well-turned-out villain, though I admit it's tough for me to write them. I'm just too nice a person LOL.