How a Werewolf Wrote my Book

My first attempt at writing fiction resulted in a story that started out nice. And got nicer. Tension? I don’t think so. 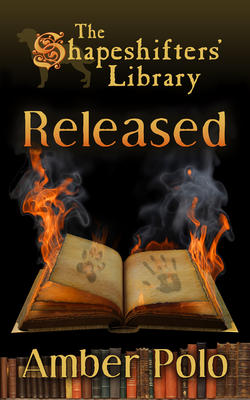 I learned pretty fast I needed to add some action and serious plot. Not that I’m ever going to spatter blood on every page or kill off the hero, but not every character can be admirable.

In my second novel I took a risk and killed off a good guy, but it was sad and teary. When I started my urban fantasy series starring dog-shifter librarians I couldn’t bring myself to write a renegade dog. Dogs are kind and loyal and smart (sorry cat lovers) so the bad guys had to be book-burning werewolves, a whole pack of them.

I introduced a banker werewolf and for some reason I created his wife. Actually I think Sybilla Dinzelbacher inserted herself into my story. She was so deliciously mean she offered comic relief. In Book One, Released, she was the pushy wife and restaurateur. In Book Two, Retrieved, she takes over as pack alpha, divorces her weak-kneed half breed werewolf husband, and recruits a sexy young wolf as her explosives expert, and challenges the head librarian to a contest for territory.

I stood by while Sybilla ran the villainous pack for me. Of course I love her - she does mean the way I never could. In Book 3, my WIP, Sybilla starts out working in DC for her Senator father. Oh yes, like many werewolves, she has a law degree and influential friends. Again my sexy villainess leads my story to places only she could discover.

And not only that, she wants to speak for herself.

I should have been the heroine of Amber’s series The Shapeshifters’ Library because I’m way more interesting than that librarian Liberty Cutter or that chocolate Labrador Retriever Children’s Librarian, Godiva. I would have taken over the entire series except for my husband Harry. Don’t get me started about Harry, but marrying him was not one of my better decisions. His shaggy innocent good looks were so different from the slick confident werewolves prowling around my law school campus. His half-breed persona caught me in a moment of rebellion.

When his father gave him the opportunity to move to Ohio, run a bank, and wait for the ancient pack Alpha to croak, it seemed like a first step in moving on to bigger things. Settle for being a small-town banker’s wife? I don’t think so. I’m a big pack girl.

Anyway, if Amber had wanted more sex to heat up her books, she should have given me more pages. I get to be the villain, which suits me fine. I’m one of the most important characters and got my own POV, which is cool because without my viewpoint you’d think books and libraries are wonderful and worth saving. I get to tell you about the werewolf plot to destroy books and libraries. Who else lets you in on the good stuff? 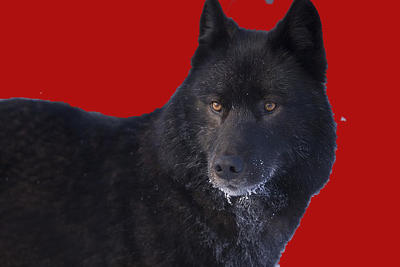 I wear sexy clothes and own a trendy bistro which serves the best food you’ve ever eaten. Forget the stale donuts in the library’s staff room, my French chef’s flaming deserts are to die for.

Harry is Beta Male to Elsie Dustbunnie (and you thought my name was dumb). In book one, she’s retired from the public library but still runs the pack. I do give her credit for burning down the old library, but when the librarians moved into the old dog-shifters’ building we had to figure out how to put them out of business and kill all the dog-shifters still in the basement. That old bag needs a new hip and a quick trip to the old wolves’ home, but she thinks Harry would flub the whole thing. But no, she won’t let me have a go at running the Pack because she’s so jealous of my youth and beauty.

I try to get Harry to be a man – or a wolf – but his dog blood makes him wishy washy. I’ll admit when old Harry is in wolf form he still can light my fire, but the rest of the time – if I were a reader - and I’m NOT – I’d rather curl up with a good book.

I do my best to destroy every book I find. I love the rituals when we run around in the woods on four feet and toss books onto bonfires.

So read The Shapeshifters' Library Book One: Released to see if I can nudge Harry and Elsie into burning down the town library. And don’t miss Book Two: Retrieved. I’m Pack Alpha and battle the librarians for control of the town with the help of a hunky ex-Marine wolf by the name of Blaze.

Oh, and Amber’s reminding me to tell you both books are sweet, despite all my efforts. And wait till I start writing Book 3 for her. 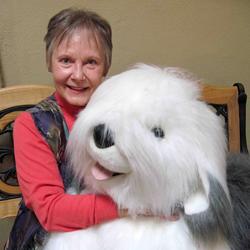 Amber Polo has had a lifelong love of libraries. A fascination with ancient libraries and curiosity about why werewolves outnumbered dog-shifters in literature inspired her new urban fantasy series The Shapeshifters' Library filled with librarian dog-shifters.

To help writers and readers reduce stress her Relaxing the Writer: Guidebook to the Writers’ High offers suggestions and simple exercises.

Find her in the usual places:

Welcome to Beyond Romance! Sybilla sounds like quite a character.

Sometimes it helps to let our alter egos take over the creative side!

Hello Amber,
I enjoyed your post immensely! I 'liked' you in Facebook, sent you an add in GRs, selected your series and writing guide to my TBR pile in GRs, and I'm signing up for your newsletter. I have won a lot of things in my time but never a lock of real wolf fur. I study Native Americans and often try to make NA artwork. I would use that fur in a special project!! Thank you for stopping in today and for the chance to win such a fantastic prize.

Thanks Lisabet for letting me and Sybilla visit. She can be quite a pain.
Good luck Mel, your works sounds amazing.
Amber

I am always looking for new authors to read. Your book sounds really good. I have added it to my TBR list.
JWIsley(at)aol(dot)com

Hello Amber... it is wonderful to learn about you and your book/ series. Thank you so much for sharing!

Your stories look like so much fun! Thank you so much for sharing! I can't wait to read more.

Thanks all for stopping by.
The dog is story by itself. I no longer have a houseful of Old English Sheepdogs, so I borrowed the fuffy dog from a local pet supply story for the photo. Then a few weeks ago I found one in a thrift shop of $10. Now he rides in my backseat all the time reminding me of another life..

LOL I DID THAT FOR YEARS AND AT NIGHT PEOPLE THOUGHT IT WAS A PERSON!! ROFL