When Romance Becomes Erotica, And Why I Care

First off, many thanks to Lisabet for offering me a guest spot today. I always enjoy the interesting, thoughtful posts and lively discussions, and it’s an honor to be here.

The answers to both questions are the same. Because the story called for it. Sure, I could have watered down the sex to be less graphic and, in fact, a few beta readers suggested that I do so.

So, why did I leave it in? Other readers felt the plot supported the scenes in question, and that they were an integral part of the story. I started out to write about a woman lost in the woods who was waylaid by fairies (that came to me in a dream). I knew from the beginning the human/fairy relationship would necessitate it be erotica. But I had no idea how far the plot would twist along a dark path until the heroine, Milena, mustered the courage to accept the challenge. 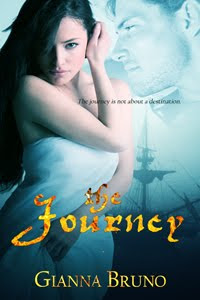 A main theme of The Journey is slavery and the slave trade just before the Civil War. Milena had to take extreme measures, including the granting of sexual favors, to find and free the hero, Thomas. And he had not been fully truthful with her about his dealings, causing great heartache and anguish. Milena's actions required the use of dark magic, which was justified to protect both herself and the escaped slaves. 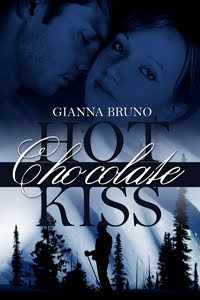 Why do I care? Because I want to tell the best story I can. Because my stories have deep, universal themes no matter if they are fantasy, science fiction, humor, romance, or erotica. Because I don't want to be typecast.

I'd love to have anyone who has read any of my stories share their thoughts. Haven't read any yet? Here's an excerpt an excerpt of The Journey.

Milena prepared a place on the floor, but before she could lie down, Hecabe's chanting and rocking began anew. Her eyes opened and stared into Milena's.

A male voice spoke. "Meet me in the forest. I have news of Thomas. Time grows short."

Milena's hands shook as she pulled on her boots and drew a cloak over her nightdress. Why had she not sought Hecabe's counsel sooner? She ran into the woods, fearing it might already be too late. Dead branches snapped under her feet. Clumps of wet snow fell from the pine boughs and landed with a thud on the sodden earth. A flock of bats flew overhead, headed for the safety of the thick forest growth.

Mist rose from the snow. Fairies materialized and swarmed around her; the furious beat of their wings raised a high-pitched whine.

Half as tall as she, they seemed fashioned out of silver strands of gossamer, clothed in cloaks of snowflake lace. Females, Milena surmised noting their firm, full breasts and silver haired pubes through the translucent garments.

The fairies surrounded Milena and guided her along the path for a good distance, until her feet were soaked and freezing.

A male fairy appeared, clad in the same lacy garments. Two heads taller than the females, his organ dangled nearly to his knees. A deep growl vibrated in Milena's ears raised a spiral of fear along her spine. He smacked his lips like a pig at the slop trough.

"I am Hamil, the guardian of the Forest Otherworld. Fear not, sister. I mean you no harm. You have prayed to the goddesses for news of your lost one who lives still. The creatures of the Otherworlds have conducted his pleas to you, over sands, oceans and through the woods. We can take you to him."

His was the same voice channeled through Hecabe, another sign the fairy spoke the truth. Thomas lived, and she had to find him.

There is a contest question posted on the header of my blog, (http://giannabruno.blogspot.com). The first reader to answer correctly HERE ON THIS SITE, wins their choice of The Journey or Hot Chocolate Kiss.

While you’re over there, scroll down to the bottom to view the trailers for both stories.

Here's wishing everyone all the greetings of the season, no matter what you celebrate!

Welcome to Beyond Romance, Gianna!

I applaud your willingness to follow where your writer's instincts lead. You can't just stuff sex into a story where it doesn't belong (without doing violence to the story) and you can't pull it out if the tale demands it.

Good luck with The Journey and Hot Chocolate Kisses, as well as your WIP.

Warmly,
Lisabet (also something of a cross-genre oddity)

Interesting post. I agree that graphic sex generates more negative comments than graphic violence. That's a shame. I hate violence in a story. Violence bothers me more than sex. As long as sex is not gratuitous and fits the story it can be as graphic as the author chooses. I like well written sex scenes. Violence, however, leaves me cold.

I enjoyed this post, Gianna. I agree that you should take your story where it needs to go. Good for you for standing up for your characters!

I hate that graphic violence is so much more acceptable in our culture than sex. It is just so wrong.

I do believe the characters lead us to tell the story as it should be told. I always trust my gut instinct in that case. Sounds like you made the right decision.

Is the answer to the question Salem!?!
Have not had the pleasure of reading your books yet... looking forward to it!
Happy Holidays!

Hi, everyone. Wow, this is a busy time of year. I just got home from work. I'm glad to know others empathize with me.

Colleen, you're really close. Take another shot at it.

Near Swampscott Forest... so I guess Swampscott!?! :)

Yeah, you got it, Colleen. Email me at giannaATgiannabruno.com so I can get your prize to you right away.

Hmm, talk about timely.I found this in the New York Times today. Fascinating, but disturbing nonetheless. Especially the one about the teenage girl who is a "slave" for life. This discusses the exact time period in The Journey, in Georgia.

This is exactly what I meant about how some malign romance/erotica because of sex but fail to react to far more distressing content.

Thank you so much Gianna! Looking forward to reading your work... e-mail sent! Happy Holidays!!

Its Pleasure to understand your blog.The above articles is pretty extraordinary, and I really enjoyed reading your blog and points that you expressed. I really like to appear back over a typical basis,post a lot more within the topic.Thanks for sharing…keep writing!!!

Your website came up in my research and I’m taken by what you have composed on this topic. I am presently extending my research and thus cannot contribute further, yet, I have bookmarked your web site and will be returning to keep up with any incoming updates. Just love it and thanks for admitting my remark.