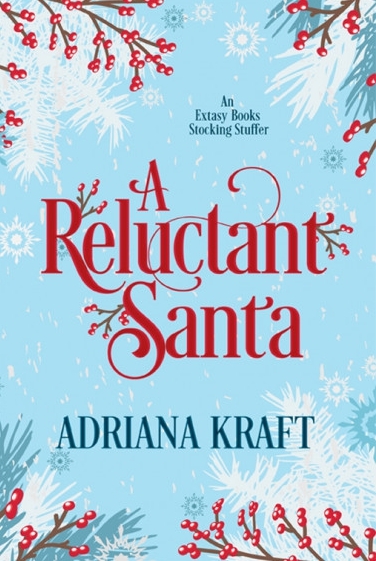 A Reluctant Santa by Adriana Kraft

Despite the impression you might get from the majority of romance books available, some people are older than forty. Furthermore, the craving for love – as well as the desire for sexual pleasure – do not suddenly vanish as one ages, though the blind, hormone-driven frenzy of young lust might subside. If anything, mature romance is more nuanced and emotionally satisfying. People with some experience of life usually understand themselves and their needs better than twenty-year-olds. Most people in their fifties, sixties or beyond know something about relationships that work, versus those that do not.

And of course everyone knows that older men, and older women, make better lovers...!

I’ve written a few mature romance tales myself. As an official senior citizen, I’m always on the lookout for stories that handle love and sex between older people with realism and respect. Thus, when I read a pre-release snippet from Adriana Kraft’s holiday tale A Reluctant Santa on her blog, I was eager to get an ARC.

Holidays, of course, and especially the Christmas season, are emotionally fraught. Carol and Cliff both worry about spending holiday time together, building their own expectations as well as those of the people around them. The author does an excellent job conveying their conflicts. They want to be together and rejoice in their apparent compatibility, but hold back from assuming anything about their future.

Twenty-somethings are quick to label their latest amour as their soul-mate. (I was certainly guilty of this when I was that age.) Older people know better.

A Reluctant Santa has a fun, romantic ending, but I found myself wishing the story were longer. Perhaps Adriana Kraft will pen a sequel to explore the next chapter in this couple’s journey.

Is it ever too late to find happiness?

They’re in their fifties. Grief-stricken (her) and battle scarred (him) from their previous loves, they don’t want to risk more heartbreak, ever. They’ll have to take it slow, talk it through, test the waters carefully. Can they make it happen at this speed, get it done in a short story, and reap the benefits of sizzling sex at their age? Why not?

A Christmas cracker - "A short, sweet and sexy Xmas romance that will bring festive hope to all the over 50's – love and a fulfilling sex life is not just for the younger generation.” 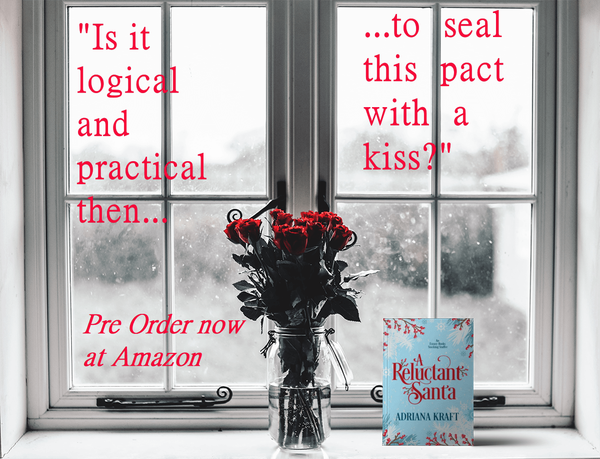 Thank you so much, Lisabet, We're both so glad you enjoyed our story. It was hard to stay within the 15K limit our publisher set for the Stocking Stuffers. We're thrilled you'd like to hear more about these characters! If enough readers tell us that, we'll see what evolves.

Hi, Adriana - I didn't realize you had a word count limit. That can really play havoc with the imagination. I hate being forced to end a story before I'm ready.