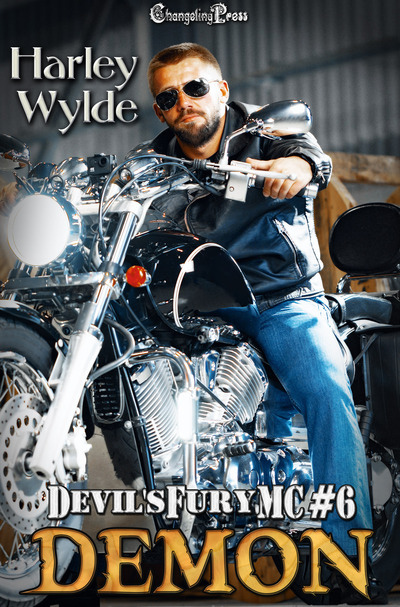 There was a time when the only way to become published was with an agent and signing a contract with a large New York publishing house. The acquisitions team would toss out far more books than they accepted. Back in the day, those were also printed and mailed because email didn’t exist. A lot of authors typed their manuscripts on typewriters. E-publishing changed the game quite a bit. There are publishers out there who will accept unsolicited manuscripts, which means you don’t need an agent. It became far easier to get your book into the hands of readers. Or to publish it yourself.

Since the ebook retailers like Amazon, Barnes & Noble, Kobo, and others opened up publishing platforms, making it easier than ever for people to publish their books electronically, in paperback, and even in audiobook, there are more books than ever just waiting to be discovered. It opened the doors to a lot of people who would have never gotten accepted by the lofty large publishers. Not because their stories were bad, but because they didn’t fit the mold. Anyone can be a “published” author these days with just a few clicks of a button. I only hope those who self-publish will hire an editor before launching their books – and not just their family and friends (unless those family and friends are professional editors).

So what does it take to have the “write” experience in today’s market and age of technology?

Determination. And yes, you need to have the skill or ability to tell a story that will hook readers and make them want to find out what happens to your hero or heroine. You also need an editing team to make your book shine, find all the typos and grammatical errors, and give it that polish every story needs. Behind every good writer, is an awesome team of people. Editors, proofreaders, beta readers, cover artists, formatters… the list goes on and on. But determination is the key. Never give up!

If you’ve been dreaming of writing your own story, go for it! Just be willing to put in the time and effort to make it the best possible story you can. When people give you advice on how to smooth out certain scenes, or suggest re-wording something, listen to them. They aren’t trying to tear you down or destroy your book, they’re trying to make it better.

Last month was my anniversary for being a published writer. I know, if you go look up books by Harley Wylde, you’ll see they only go back a few years. I started writing under a different name and mostly wrote paranormal and sci-fi romance. Since I was first published in August 2008, I’ve had over 150 novels and novellas published. Demon (Devil’s Fury MC) is my 40th Harley Wylde book. 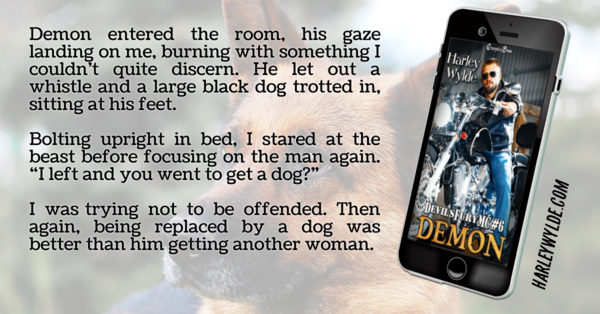 Farrah -- I’ve spent my entire life at the Dixie Reapers MC compound -- one of the perks of being the VP’s daughter. Except it’s suffocating. Leaving to start a life of my own was the only solution. I knew what it would mean if I went to the Devil’s Fury MC compound, even more so to flirt with their Sergeant-at-Arms. Getting involved would ruin the little bit of freedom I’ve found. Then I ended up in the man’s bed. Leave it to me to find trouble around every corner. My daddy is going to be so pissed, especially when I run from Demon, get snatched off the streets, and shoved into a trunk. I’m not winning at the adulting thing.

Demon -- She was a one-night stand. Until the condom broke. Then I found out she’d lied to me. The hot little number in my bed wasn’t just any woman, she was the daughter of a Dixie Reaper. Maybe I shouldn’t have barked orders at her, or spanked her. Feisty little Farrah ran, pissing me off even more. When she disappeared and I realized trouble had found her, I knew I’d do whatever it took to make sure she was safe. Only after I had her back did I realize she was f**king perfect for me. Watching her handle the club wh*res was hot as hell, and she didn’t take sh*t off anyone.

I’ll make her mine -- permanently.

WARNING: Demon’s book contains graphic violence and sex, bondage, spanking, bad language, and scenes that may be difficult for some readers. But it also has a heroic dog and a man who will move heaven and earth to protect the feisty, smart-mouthed woman he loves. There’s no cliffhanger and a guaranteed happily-ever-after.

Add to your Goodreads: http://bit.ly/DemonDFMC

Add to your BookBub Wishlist: https://bit.ly/3j6lXu4

The moment I heard the shower running I grabbed my dress and pulled it over my head. I snatched my shoes from the floor and tiptoed out of the room. Every muscle in my body clenched tight as I approached the front door, worried he’d discover I wasn’t where he’d left me. If Demon didn’t want me to leave, there wouldn’t be much I could do to stop him. He was so much larger than me. I made it outside, put on my shoes, and practically ran for my truck. I huffed and puffed by the time I reached the clubhouse and jumped into the cab of my pickup. I jammed the key into the ignition and started it up, then my tires spit gravel as I backed out and barreled toward the gate.

The poor Prospect didn’t have a choice but to let me out. It was either open the gate, or I’d have gone straight through it. Tears trickled down my cheeks as I headed for the motel. I’d been so stupid. Letting him take my virginity was one thing. I should have left it there and walked out, but no, I’d let him tempt me into more.

“Way to go, Farrah. First taste of freedom and you possibly get knocked up by a Neanderthal biker,” I griped to myself. I’d been around the type my entire life and knew better. Why I’d thought Demon would be different wasn’t something I’d figure out anytime soon. 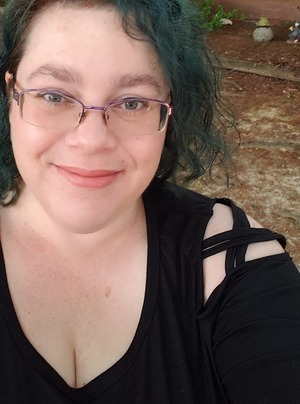 When Harley's writing, her motto is the hotter the better -- off the charts sex, commanding men, and the women who can't deny them. If you want men who talk dirty, are sexy as hell, and take what they want, then you've come to the right place. She doesn't shy away from the dangers and nastiness in the world, bringing those realities to the pages of her books, but always gives her characters a happily-ever-after and makes sure the bad guys get what they deserve.

The times Harley isn't writing, she's thinking up naughty things to do to her husband, drinking copious amounts of Starbucks, and reading. She loves to read and devours a book a day, sometimes more. She's also fond of TV shows and movies from the 1980's, as well as paranormal shows from the 1990's to today, even though she'd much rather be reading or writing.

You can find out more about Harley or enter her monthly giveaway on her website. Be sure to join her newsletter while you're there to learn more about discounts, signing events, and other goodies!

The guy on the cover is hot! I do love me a hot biker man. But I want to ride my own bike too! But that's just me.

BTW, I was first published in 2009 and I don't have anywhere near 150 books published! But then up until Co-Vid hit, I'd been working 2 jobs during the school year, with scant time to write or promote until the summer, when I was "only" working 1 job. I envy you having the time to be so prolific. Great job!

Thank you so much for having me on your blog!

Fiona, I was lucky enough to have a husband who convinced me writing was my job a few years after I was first published. So I've been able to stay home and write.

Welcome to Beyond Romance! I'm so glad Fiona dropped by, because she writes wild biker gals!

Sounds like a great book. I'm sure it will do well.