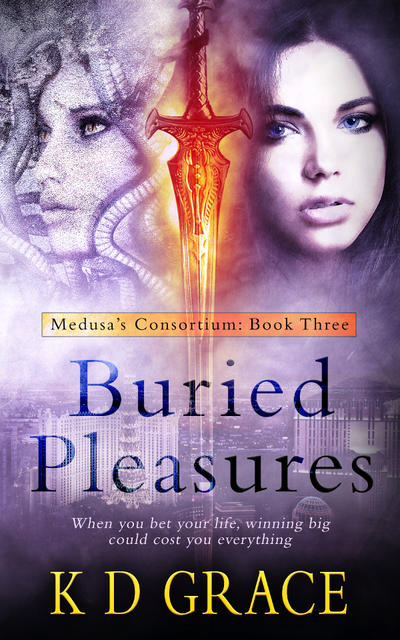 There are very few religions or mythologies that don’t speculate on what happens after death. Since no one has ever come back to tell the tale, or bothered to post selfies from the afterlife on Facebook, we speculate. Most Westerners have grown up with tales of heaven and hell. Heaven is always some nebulous place “up there” with angels and harps, and hell is always “down there” below ground, in the fiery pit with pitchforks and demons. But to me, no matter how vivid the fire and brimstone rendition, those stories have always been far less intriguing than the stories of other peoples’ afterlives. In Greek mythology, for example, whether you’re good or bad, everyone ends up underground, and you have to cross the River Styx to get there. Not only do you have to cross the river, but you have to pay your own passage on the boat. Then you’re in the land of the shades (that’s Greek speak for ghosts). Hades, the god of the dead rules this underworld, which happens to share his name, and he always has room for one more.

While I’m claustrophobic enough not to really want my person stuck underground, there’s something about tunnels, caves and abandoned depths that fascinates me. I know my basic psychology well enough to figure those places probably represent my unconscious and all the things that I fear and doubt, and I’m neurotic enough to have a good list of both. That being the case it’s not a huge shock to readers that the underground places are a reoccurring theme in Medusa’s Consortium stories. Magda’s gang has taken me into a derelict slate quarry, the crypt of a deconsecrated chapel, and abandon subway tunnels. It’s not too big of a surprise then that the storm tunnels of Las Vegas should figure largely in Buried Pleasures, the third of the Medusa novels and the first of the Vegas Consortium stories.

The mind-boggling project designed to offer flood protection to a city built on bedrock and totally surrounded by mountains had begun in the seventies. The individual segments reminded Samantha of giant hollow Lego blocks made of concrete. Originally there was to be over a thousand miles of tunnels beneath Sin City. They were all designed to channel the waters of any flash flood that threatened the financial heart of the city into Lake Mead, some thirty miles away. The project was never finished, but there were still an impressive two hundred miles of storm tunnels beneath Vegas, and they now provided shelter for the homeless who didn’t mind playing the odds that their meager belongings wouldn’t get washed away in the next deluge. They had also provided a hiding place for murderers and thieves and who knew what else?
-- Buried Pleasures

That the tunnels, like most underground places, are steeped in urban legend and are such a powerful contrast to the glitz of the Strip above was enough to send my active imagination into fits of ecstasy. What if the storm tunnels were actually the realm of Hades, and he frequented them in the guise of a homeless man with a very large dog?

The other thing about Hades is that he’s also the god of wealth and hidden treasure, which makes perfect sense in that all precious stones and metals come from beneath the earth. In addition there are countless myths and legends of buried treasures in caves and deep underground places. Add to that the gamble it all and get rich quick mystique of Vegas and what better place for Hades to hang his hat? Buried Pleasures, itself is an exclusive, by invitation only, casino owned by Hades other alter ego, Jack Graves. Though the casino is invitation only, the guests who get invited are not always the ones you’d expect. Treasure Island has its volcano. The Bellagio has its fountains, the Venetian has its canals and boats. Buried Pleasures’ façade is the entrance to a storm tunnel, and for those who gamble it all and lose, it’s also the gateway to the realm where everybody is homeless.

Mixing myth with modernity has always fascinated me. The myths still resonate today because they are stories that speak to the human psyche of every era. The heaven and hell and afterlife of a modern myth would, no doubt have to involve urban decay and the chance to gamble everything for true wealth. But what would the god of death and wealth want that he doesn’t already have? Could it be that like everyone else, it’s issues of the heart that trouble him most? And when the person troubling his heart is the last siren, things are bound to get complicated.

When Samantha Black shares her sandwich with a dog, his owner, Jon—a homeless man living in the Las Vegas storm tunnels—gives her a poker chip worth a fortune from the exclusive casino, Buried Pleasures. All Sam has to do is cash it in. Sam is in Vegas for one reason only—to get her friend, Evie Holt, away from sinister magician, Darian Fox, who holds her prisoner in an effort to force Sam to perform at his club, Illusions. A neon circus tent of strange and mystical acts, Illusions is one of the biggest draws in Vegas, and he’s hell-bent on including Sam in his disturbing plans.

The shadowy Magda Gardener will do anything to keep Sam from cashing in that chip. She knows that Buried Pleasures is the gate to Hades and cashing in the chip is a one-way ticket across the River Styx, which runs beneath the storm tunnels of Vegas. Jon is really Jack Graves, owner of Buried Pleasures, and Graves is really the god of death, himself, and if things aren’t already confusing enough, he and Magda know what Sam doesn’t. Sam is the last siren. That her song can kill is only the beginning of her story. Jon wants her safe on his side of the River, protected from Fox’s hideous magic. But even Death fears Magda Gardener, who is none other than Medusa, and the gorgon has her own agenda. If Sam is to understand her heritage and win the battle against Darian Fox, not only will she have to trust her heart to Death, but they’ll both have to work for the gorgon, whose connection with Sam runs deeper than any of them could imagine. 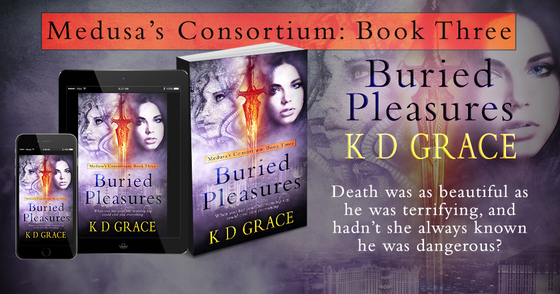 What she didn’t remember was an ending and, though she never wanted it to end, sooner or later it had to, didn’t it? Sooner or later she would be too weak and too tired to continue. After all, she was only human. Well, not exactly human, she recalled, stretching up into the waking world from dreamless sleep. A siren. She smiled at the thought. Not exactly human at all.

Her desire for Jon awakened with the memory. She reached out for him to discover she was alone in the big bed that smelled of the patchouli musk of sex and beneath that, the ozone and desert heat of Jon’s own scent. The clenching fear low in her belly that he’d left, or worse yet, she had only dreamed their encounter, relaxed as the weight near the foot of the bed shifted and whined softly, and she reached out a bare foot to touch thick, soft fur.

As she took in the darkened surroundings and the dance of the gauze curtains in the whisper of a breeze, she ran her toes down Gus’s sprawled flank. His leg twitched and he grunted in his sleep, then rearranged himself.

She pulled the throw from the foot of the bed out from under him, and he protested with a half-articulated woof, then went back to dreaming. Wrapped in the soft knit, she followed the path of candlelight down the hall. In the living room the balcony doors had been thrown open, and Jon leaned on the railing, looking out over the sleeping city.

Her heart dropped into her stomach at the sight of him, totally naked in the silver light of a pre-dawn moon, oblivious to the chill of early morning. He seemed enormous from where she stood, tall and hard-muscled, not heavily so, but lean and strong.

As she recalled his rescue of her, him carrying her through the storm tunnels, the thought occurred to her that he might well be less human than she was. But hadn’t she sensed that even before she sang for him? Hadn’t it been clear that whoever he was, whatever he was, he was not simply a man down on his luck living in the storm tunnels? Besides, if she was a siren, who knew what other things existed out there. Certainly Fox wasn’t human, and some of what she had sensed at Illusions, well, he wasn’t the only one there who wasn’t human.

Then there were the guardians Jon had set to watch her and keep her safe in this place. They were certainly not human, not even close. She couldn’t see them except in that strange periphery of vision that became visible only when she played or sang. In truth she was pretty sure she didn’t want to see them too well, and yet they didn’t frighten her, not if they served Jon.

He spoke without turning to face her. “I’m sorry I left you.” His chuckle was dark and rich at the back of his throat. “I lay there next to you watching you for a long time, but the urge to touch became so overwhelming that I thought I should leave you to rest. I know you’re worn out after the last thirty-six hours.”

The thought of Jon lying next to her, watching her sleep, made the muscles low in her belly clench and squirm and yield. She caught her breath. “I wouldn’t have minded if you woke me up.”

This time the chuckle was positively wicked. “So my little siren is as insatiable as I am then, is she?” He turned to face her, and there was definitely no hiding his own desire, as he invited her into his arms with a nod of his head. “I suspected that might be the case.”

When she’s not writing, K D is veg gardening or walking. Her creativity is directly proportional to how quickly she wears out a pair of walking boots. She loves mythology, which inspires many of her stories. She enjoys time in the gym, where she’s having a mad affair with a pair of kettle bells. Her first love is writing, but she loves reading and watching birds. She adores anything that gets her outdoors.

I am REALLY looking forward to reading this.