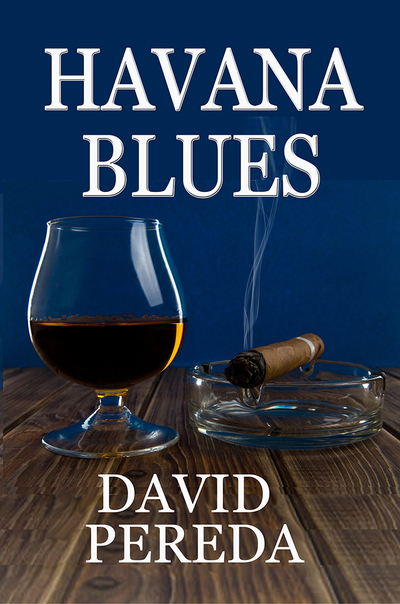 David is giving away a $25 gift certificate as part of his tour for Havana Blues. Use the Rafflecopter at the end of the post to enter!

The year is 1952 and Ramon Rodriguez’s life as a teenager in fun-loving Havana is filled with typical activities and concerns: girls, education, religion, baseball, parties, and hanging out with friends. The country is enjoying a period of prosperity and happiness--until General Batista stages a coup that topples the government and Ramon’s life is flung into chaos.

As Ramon experiences the thrills of his first romantic relationship, graduates from school, and struggles to plan for an uncertain future, he is forced to make important decisions that may be dangerous to him, his family, his friends, and his girlfriend – the beautiful Sonia -- and could turn deadly.

A car turned the corner with a screeching of tires. With mechanical harmony, another screeching echoed from the opposite direction.

Siren noises combined to wreck the peacefulness and drown my father’s voice as two cars skidded face to face in front of my house. I recognized the blue and white stripes. Car doors opened and slammed. A stream of policemen armed with rifles and machine guns crashed through the garden door and spilled over our garden like insects.

My mother shrieked once. My father stood paralyzed.

I stared in growing disbelief at the bulk who loped into the garden and stopped just outside the bright range of the porch lights. The clean-shaven face, the brittle smile, were familiar to me. So was the voice.

Even with a veneer of politeness, Santana’s voice made the hair in the back of my neck stand on end.

‘What's the meaning of this?’ my father asked, surprising me. ‘Crashing into our house, as if we were common criminals.’

Santana’s stare was cold. ‘Just doing my duty, Señor Rodriguez.’ He turned to me, smoothing out the front of my dinner jacket with his hand. ‘You're very elegant tonight,’ he said. ‘Don’t tell me, let me guess. You were at the Club Profesionales, weren’t you?’

‘Yes, we were,’ my mother said sharply, ‘and we had to leave because of some terrorists. Disgusting. And on his graduation dance night too.’ She glared at Santana.

He gave her a polite smile, more of a smirk, and turned to me.

‘Being in the building as you were, you could have planted that bomb very easily, couldn’t you?’

‘No, I couldn’t.’ My heart pounded in my chest. ‘My mother can testify to that.’

My mother had turned a chalky white and her lips were open and round like an O. She seemed at a loss for words. 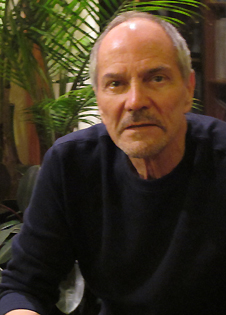 David Pereda was born in Havana, Cuba. The award-winning author of seven previous novels, he enjoys crafting political thrillers and edgy mainstream novels with unique characters placed in exotic settings. He has traveled to more than thirty countries and speaks four languages. Before devoting his time solely to writing and teaching, David had a successful international consulting career with global giant Booz Allen Hamilton, where he worked with the governments of Mexico, Venezuela, Peru and Qatar, among others.

A member of MENSA, David earned his MBA from Pepperdine University in California. He earned bachelor degrees in English literature and mathematics at the University of South Florida in Tampa.

He lives in artistic Asheville, North Carolina, with his youngest daughter Sophia, where he teaches mathematics and English at the Asheville-Buncombe Community College. He loves sports and is an accomplished competitor in track and show-jumping equestrian events.

I enjoyed getting to know your book; congrats on the tour and I hope it is a fun one for you :)


I want to thank you for hosting me in your blog today. I'll be checking in and out throughout the day -- before, in-between and after my classes -- to answer questions or respond to comments from your readers about Havana Blues, my next upcoming book to be released in March, or any other topic regarding my writing. As a special concession, my publisher has reduced the price of the Kindle book on Amazon to only $2.99 and the print book to $17.55 during the length of the Goddess Fish Blog Tour. Again, my thanks.

Thank you, Lisa. It's been a fun tour. Good luck on the giveaway.

Welcome to Beyond Romance. The book sounds fascinating. I hope your tour is hugely successful.

Thank you, Lisabet. And thank you again for having me.

Thanks for sharing the excerpt and for the great giveaway! :)

Thank you, Victoria, for following the tour.