But seriously, during the dark ages, the Vikings were more than merely heathen marauders. In truth, they were brave explorers. Men and women who took the original Captain’s Oath, vowing to explore strange new worlds, to seek out new life and new civilizations, to boldly go where no man (or woman) had gone before.

They were not the pillagers that the British portrayed them to be but people searching for new lands and new civilizations and along the way, they faced gripping family sagas that questioned more than their strength, agility and patience. These journeys brought into question alliances and loyal friendships, while testing their faith. And, there was nothing more important than family relationships. If a Viking couldn’t count on his family to help him survive, he perished.

But it wasn’t only the men, these warriors were women as well as men, who stood side by side on the battlefield. Perhaps that is the reason and the truth behind the tales of the Valkyrie and Valhalla, which still haunt the stories of the Vikings.

The Viking Princess is one such tale of the extraordinary lives and epic adventures of two people: Holger Danske and Morgaine LeFey.

Holger Danske was not the first Danish Prince to appear on the printed page or to share a well-known castle as his home. Hamlet’s story is set in the same structure that stands on the sound between Denmark and Sweden. Holger’s home is in Kronborg Castle, known to most English speaking people as Hamlet’s Castle.

It was there, inside this Castle that I first was introduced to Holger Danske and the legends surrounding his iconic life. He was a warrior, a Prince destined to become King of all the Norse lands during the time of King Arthur and the Knights of the Round table.

I found it odd that everyone had heard of King Arthur and his magical sword, Excalibur, which he received from the Lady of the Lake (a Norse Goddess) who had also given such a sword to Holger Danske. Holger’s sword was named “Cortana”, and was made from the same metal and magic as Excalibur. Yet no one I talked to outside of Denmark had ever heard of Holger or his sword.

And, even more interesting was the fact that Holger and the Vikings invaded England, yet somehow, even as enemies, Holger and King Arthur’s half-sister, Morgaine LeFey, were able to share a forbidden love.

Theirs was a romance that threatened two kingdoms.

The story of the Viking Princess has never been told outside of Denmark...until now. Morgaine and Holger faced an attraction more powerful than any sword, stronger than any warrior and more magical than all the powers of Merlin. 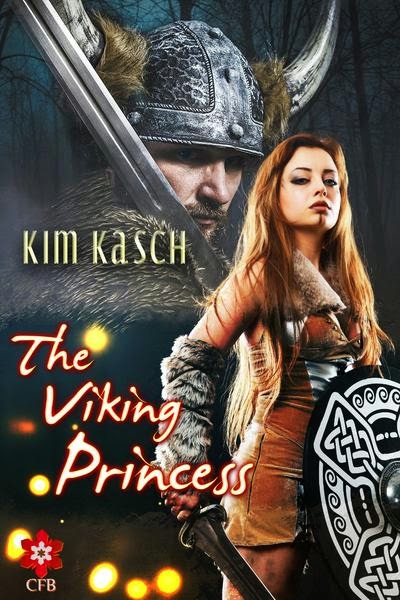 He laughed at her, making her senses bristle.

She was not amused. “Am I humorous?”

“I have heard you are many things,” he replied, “but humor has never been cited as one of your virtues.”

“First you laugh at me, and then you belittle me. Is this the way you treat all women?”

He pulled back on the reins. His horse slid to an immediate standstill. Then, burying his face into her hair, he whispered in her ear, “I have shown enormous restraint. Would you like me to show you how I treat all women?”

The burning ember inside her flared to a flame. The muscles low in her belly tightened, as she clenched her legs tighter, wrapping them around his steed. Sucking air into her lungs, she felt the immediate pulse of desire race through the core of her body. She wanted to reach back over her head and wrap her arms around his neck, to pull him even closer.

It was all she could do to hold her tongue and keep from begging him, when all she wanted to say was, “Yes, yes, please show me.”
Her body motionless, she could feel the warmth of him as his hands grew bold, slipping beneath the soft linens covering her, his fingers gently gliding up over her stomach, traveling beneath her breasts and edging up…

A voice whispered inside her head. What are you doing? This man is your enemy. He intends to kill you, your brother, everyone you love…

She grabbed his wrists, holding him still and steady. “You have caught me, kidnapped me, and dragged me here. I may be your prisoner, but do not think that I am interested in your advances.”

His body tensed and he pulled back his hands, gripping her firmly about the waist. “I, Holger, the prince over all the Norse lands, have never had a woman decline the privilege of being my lover.”

“Prince or pauper, it matters not to me what rank you hold, for I, too, am highborn and accustomed to many privileges,” she snapped back, unwilling to let him bask in his own conceit. “And being your lover is not a privilege I would prize.”

“Perhaps,” he said, softening his touch. Slowly he ran his finger down the length of her neck, taunting her. “But are you accustomed to this?” He swung her around to face him; his mouth moved to her neck, gently caressing her throat with his lips and tongue.

The warrior with the devil’s horns was surprisingly gentle and tender with his affections. Morgaine could not contain her pleasure. A small sigh moved up from her throat, over her lips, unexpectedly escaping into the night air. “This is nothing,” he whispered against her flesh, his hand moving down over her navel. Traveling to the valley between her thighs, he pressed his fingers into her apex and she gasped at his touch.

He pulled his hand back. “After your shrill tongue and insults, the next time you will have to beg for my attentions.”

His tone shocked her back into the present. No man had ever spoken to her in this manner. He had no idea of her power. She was not some peasant he could toy with. Morgaine Le Fey was a princess, the sister of King Arthur. It was her turn to laugh…and it came out of her loud and hard. He must not know of her talents. She was the most powerful sorceress in Camelot and perhaps a dozen other kingdoms.

“Me? Beg? To think you will ever witness such an act from me,” she started to say but then shook her head and continued, “You must be more than foolish.”

“We will see,” he said, sounding more arrogant and insolent than ever.

“Yes, we shall see,” she replied, as he gave his horse a nudge and they continued riding.

Or - you could WIN a copy. Just leave me a comment with your email address below. I'll randomly pick a winner next week! 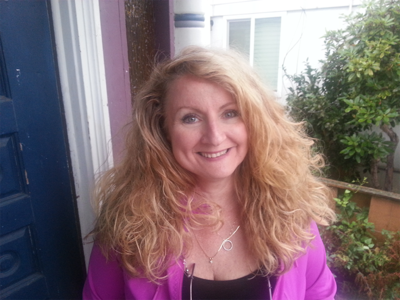 Hi everyone! I'm a romance writer who grew up in a family with 9 kids and only 1 t.v. so I spent my days reading and, later, writing. I love books. . .maybe because I never got to pick t.v. shows we watched. But I’d run home after school to catch the last fifteen minutes of Dark Shadows...

I still love to run...or at my age, maybe I should say wogging (a cross between walking and jogging). Here in Portland, I love Halloween themed runs - where people don costumes and run. It's a lot of fun...and I know those two words don't always go together: fun...and...run. But it is.

And, with all those Halloween themed runs, I guess Dark Shadows had more of an influence than some people might think. Even today my favorite author is Stephen King. My all-time favorite book is Salem's Lot.

Favorite romance novels are The Hunger Games...okay, I know, it's a survival book but it's really all about romance. Then there were the series: Twilight, Fifty Shades, and more but I also love paranormal, horror and even light books like Dewey the Small Town Library Cat... Mainly, I just love to read. . . and write.

I've just had my first novel published and am looking to share it with the world. It's a story I was inspired to write after visiting Hamlet's Castle and seeing an enormous Viking statue down in the tunnels next to the dungeons.

Sorry to be so long-winded but did I say I love to write? ...and talk and...knit, and sew, and bake... I could go on but I'll close by saying, I hope you’ll stop in on my site and I can tell you I have a ya horror novel coming in July: Demon’s Ink.

Welcome to Beyond Romance, and congratulations on your first book! It sounds like a great premise, and I love the cover!

My ancestors were Vikings - I'm going to love this.

I loved the post. Very interesting. I hope to read this.

Mary Preston: My hubby is a Dane so also from the Viking line ;D
PAdoglady: Thanks and you're in the running.
Debby: Thanks for the comment - you will be in the basket for a chance to win a copy of The Viking Princess...
And thanks Lisabet! for hostessing :D what a way to celebrate a weekend

Love this line: “And being your lover is not a privilege I would prize.”
Thanks.
turtle6422 (at) gmail (dot) com

Looking forward to reading your book in the sunshine with my furbaby Delilah! We both love muscular outdoorsy types, albeit of different species! Historical fiction with romance can be very educational too! TeeHee!Blush! Happy Spring!

Hi Kim. Congratulations on your first published book! Loved the cover and the little excerpt there. I would love to be the winner of this book; if not, I would still buy it just to read the love story of these two strong heroes.
simsok19@yahoo.com