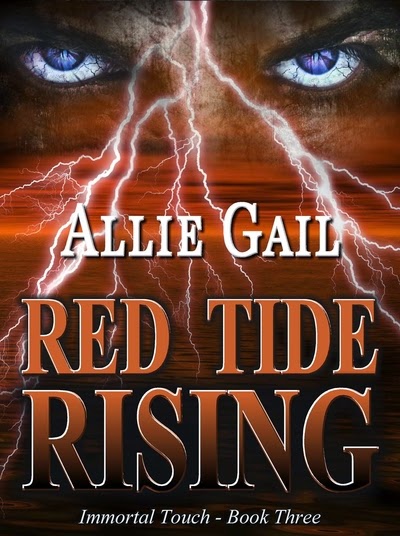 
What good is immortality when every moment is agony?

The vampire Ash has returned from his watery grave, proving that death is merely a minor inconvenience. Picking up where he left off? That might not be as easy. Because someone else is vying for Sami's attention - the last person he ever would have expected.

Fulfilling her desire for immortality seems the surest route to winning her favor. But for Sami, this gift will come at a terrible price. One simple lie of omission is all it takes to send her spiraling into a terminal state of madness. And as the last remnants of her sanity slip away, Ash can no longer deny that her maniacal behavior is putting them all at risk. His perfect angel has become a perfect liability.

But can he find it in his heart to destroy her?

Ages 18+. Contains strong language, explicit sex and elements of horror. This book is the final installment in the Immortal Touch trilogy.

“Trust me?” he whispered.

“I trust you.” Her eyes fluttered shut as she waited for the sharp prick of the needle, the one that would send her into her last slumber as a human.

Instead she felt herself being lifted into the air, and even before the back of her head slammed against the hard packed sand, even before the warm water of the tidepool surrounded her, she knew she’d been deceived yet again.

Ash was straddling her body, both hands wrapped around her neck in a grip of steel as he held her head just beneath the water’s surface. The briny sting of saltwater in her nostrils sent panic rushing through her, and she began to struggle like a wild animal, kicking while beating at his arms and tearing at his flesh with her fingernails. It did no good other than to exhaust all her strength. The hands around her throat were immovable. He would not be budged.

A primitive scream escaped her in a short trail of bubbles, accomplishing nothing at all but to deprive her of what little breath she had left. The sapphire eyes that were coldly fixed on her seemed to blur and waver as the rippling water obstructed her vision. She felt dizzy. Her pulse banged out a violent tempo of terror.

In a final desperate bid for oxygen she inhaled reflexively, and her starving lungs ached and burned as they sucked in the stagnant seawater that mercilessly suffocated her.

The frenzied thrashing grew weaker. Her fingers slowly released their clench on his wrists as her body became limp and still. The pale light from the full moon above her dimmed and faded away, and a sleepy blanket of darkness began to cover her with its peaceful comfort.

So this was what it was like to die.

It wasn’t so bad, really.

Blinking once, she relaxed and succumbed to the darkness.

The last sight her mortal eyes took in before the twilight of death clouded them was his broad Cheshire grin, hovering just above the water’s surface. 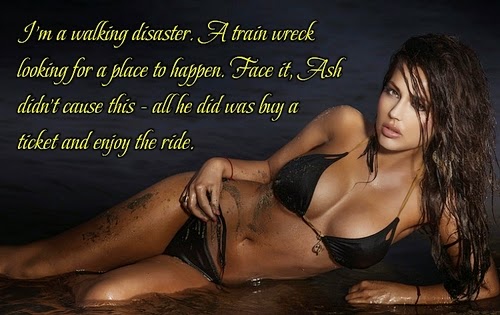 Allie fell in love with books from the moment she was issued her very first Sally, Dick and Jane reader. Born and raised in Alabama, she now resides in the sunny panhandle of Florida with her own blue-eyed Prince Charming and two fat, obnoxious cats. When she’s not busy obsessing over the lexicon of her latest project, she can usually be found watching B-movie horror (the cheesier, the better!), reading or playing online computer games while indulging her unhealthy Pepsi addiction. 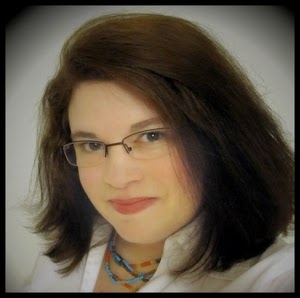 Allie is giving away a $25 bookstore gift card to one lucky reader.
Use the Rafflecopter widget below to enter!

Congratulations on the release, Allie. I had a really hard time choosing an excerpt, because I liked them all.

Thank you so much for hosting me today, Lisabet! Ana, I hope you'll give the series a try. If you have Kindle Unlimited, you can get all three books there for free!

Definitely interesting to me. Thanks for sharing.

Good luck with the giveaway! :)

Congratulations on your new book. It looks very interesting.

Congrats on your new release. You're a new author for me.

I love the cover, it's gorgeous and the book sounds wonderful. i look forward to reading it. :)

Thank you for the great contest.

I love a vampire story. I've often thought that immortality would drive me crazy. I love the description of the book. Thanks for the giveaway.

Vampire books are very good. Looking forward to reading your new one.