Lesbian romance doesn’t sell, so why write it?

I’ve always loved reading stories about strong women from history. In a time when women had almost no rights at all, every now and then a woman overcame every obstacle to guide her people. One of those was Queen Elizabeth I of England. Other women who come to mind are:

Marie Curie, Queen Victoria, Joan of Arc, Cleopatra, Mother Theresa, Eleanor of Aquitane, Aspasia of Miletus, Boadicea, Catherine the Great, Sappho, Florence Nightingale, and in our own day, Aung San Suu Kyi. Of course, you will all have your own lists.

My only female cousin was thirteen years older than me, so by the time I was old enough to know she was my cousin, she already seemed completely grown up to my little girl self. One by one my cousins got married but Bron didn’t. I longed for her to tell me she was engaged because I planned to ask to be her flower girl, but all that happened was that she took a job in a state a long way from where we lived. I was much older before I understood that she and her female best friend were closer than that. And it as even longer before I understood that where she and her lover had chosen to live was a state that accepted lesbians.

It was Bron who opened my eyes to the obstacles that two women face in finding their own happy ever after even today. I’m so glad she and Nancy found theirs in the end.

And, just to prove everyone wrong, two of my lesbian romances went on to become best sellers. So once again I have a new lesbian book out. 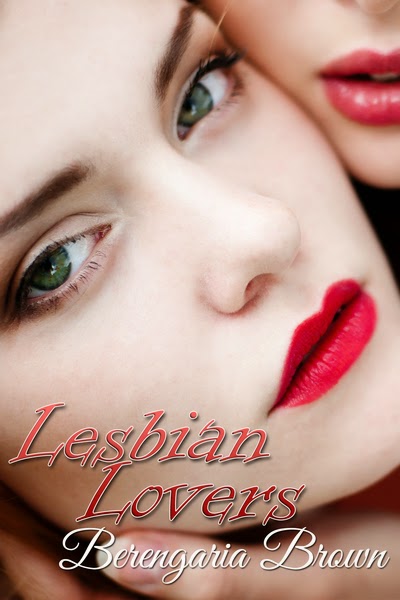 “Fist Me”: Maeve nearly fell off her barstool when Taryn, the sexiest woman she’d ever known, asked her to fist her. But is it the right thing to do? Taryn’s not lesbian, and has just broken up from Mr. Perfect. Is she taking advantage of her? Or is this the ideal opportunity for them to begin a relationship?

“Lady Caroline’s Reward”: Lady Caroline Eversley needs a chaperone so hires Miss Dinah Watkin, a distant relative. Dinah and Caroline fall in love and Dinah teaches Caroline all about sex, but the problem of Caroline’s suitable chaperonage refuses to go away. Can they find a solution and have their own happy ending?

“Stubborn Attraction”: Laid off for ramming her knee into a co-worker’s balls after he tries to feel her up, lesbian Jaelle heads to her father’s cabin in the mountains. There, she takes the form of a mountain goat and climbs, free and uninhibited. So, what happens when she finds a very attractive interloper on her favorite rock ledge?

Later that evening, the women sat by the fire in the book room, their fingers moving diligently as they sewed. Hugh, Thomas and John were all upstairs with Caroline’s father. His suite of rooms was always heated warmly and he was never left unattended even for a moment.

Dinah gazed at Caroline. She really did look lovely in the firelight, her pale cheeks slightly flushed by the warmth of the fire, the long hair coiled neatly on her neck and gleaming with reddish highlights, her slender fingers busily employed mending one of her father’s shirts.

Dinah’s heart lurched. She could fall in love with this woman. Not only was Caroline beautiful, but she was also highly intelligent and courageous in the way she was facing the adversity of her father’s, and therefore her own, situation.

“Have you ever been kissed?” Dinah asked suddenly.

“Well, just a few quick pecks by boys who shouldn’t have when I was younger. At family gatherings and such. And one or two of the suitors have tried. That’s why I made sure Hugh Howel was always with me. They totally ignored the fact my maid Betty was in the room!”

“Yes, me. May I kiss you?” Dinah put her needlework down on the side table and slid along the sofa to the end where Caroline sat.

Caroline’s hands dropped to the sofa. With no objection forthcoming, very gently, Dinah turned Caroline’s head toward her and kissed those ripe pink lips. Softly, gently, sweetly, but with enough heat and passion to warm their lips. Very soon, Caroline responded, one hand reaching up to rest on Dinah’s arm.
Caroline’s lips softened under Dinah’s caress, and Dinah licked along the seam, urging her to open her mouth. Caroline did, and Dinah’s tongue slipped inside, very gently running along Caroline’s teeth and all around the warm wet cavern.

Dinah’s hands firmed on Caroline’s head, tilting it slightly as her tongue thrust into the younger woman’s mouth.

Caroline groaned and responded more passionately, kissing back with enthusiasm.

Dinah increased the heat by sucking a little on Caroline’s tongue pulsing in and out before retreating again.

Caroline melted into Dinah, leaning against the older woman and holding both her shoulders as she returned the kisses very passionately now.

Deliberately, Dinah took one hand off Caroline’s head and placed her palm against Caroline’s breast, smoothing it up and over the nipple. A nipple that was standing up, a hard, excited little peak.

Caroline’s tongue delved into Dinah’s mouth, exploring the roof, the sides, the teeth. Dinah responded by sucking on it as her hand slid down inside the bodice of Caroline’s gown, hot on her flesh, to rub the globe of her breast and tweak the nipple between her fingers.

Thank you for hosting me today, Lisabet.
Berengaria

All the best with your latest release. Like you, I had a family member who was a lesbian and I didn't understand until I was older what that meant. I also had a good friend who was. I think everyone deserves a happy ending and finding love. So keep writing!

Sorry I wasn't here to welcome you yesterday - I've been away on business.

I'm really encouraged that your lesbian romance is selling. Most of the readers on my email list say they don't really like F/F fiction. But I love writing it (sigh).