The Kindness of Strangers: Looking For Charlotte

I don’t believe that people are truly bad — or not many of them, anyway — which is why I don’t tend to have real villains in my books (though that may change in the future). Even my baddies aren’t serious villains; they either don’t do things that are truly dreadful or they are forced into doing the bad things by circumstances or by other people. They act with regret, or look back on the results of their actions with regret; but they aren’t really bad.

That is why Looking For Charlotte, my latest book, has no villains. It’s the story of Flora Wilson, who becomes obsessed with searching for the body of a murdered toddler, Charlotte Anderson, to bring closure to the child’s bereaved mother. Flora’s motives aren’t altogether altruistic, but the aim is nevertheless positive: she wants to help someone, even though it’s someone who she’s never met.

You might, with reason, argue that the murderer of a toddler must be a villain of the highest order and that’s a question that Flora asks herself as she searches. It’s a question that Charlotte’s mother, Suzanne, asks herself too; but because the murderer, Charlotte’s father, was a man suffering form mental illness, even Suzanne challenges herself to tackle the seemingly impossible task of forgiving him.

Flora and Suzanne, living separate lives, plough their way through traumas and difficulties, through grief and failure. And they don't just find support along the way; they give it, too. Life is cruel but the cruelty is unintentional. People do things that hurt others — sometimes, as Suzanne learns, to the point at which they might think they were better dead. But every corner hides a secret kindness, an act of fellowship from a stranger.

Villains are a staple of romantic (and other) fiction but they don’t pop up that often in real life. One day I’ll write about a villain and I promise I’ll make him or her eye-poppingly evil, lacking in conscience, a stranger to remorse and one whose regret comes only from being caught. But you won’t find that person here.

In lacking a villain, I don’t think that Looking For Charlotte is any weaker than it would be with a wicked lead or antihero. Instead it offers a cluster of everyday heroes, passing by and casting the magic spell of a good deed as they go.

Divorced and lonely, Flora Wilson is distraught when she hears news of the death of little Charlotte Anderson. Charlotte’s father killed her and then himself, and although he left a letter with clues to her grave, his two-year-old daughter still hasn’t been found. Convinced that she failed her own children, now grown up and seldom at home, Flora embarks on a quest to find Charlotte’s body to give the child’s mother closure, believing that by doing so she can somehow atone for her own failings.

As she hunts in winter through the remote moors of the Scottish Highlands, her obsession comes to challenge the very fabric of her life — her job, her friendship with her colleague Philip Metcalfe, and her relationships with her three children.

She turned the card over and looked at the photograph of Stac Pollaidh sitting proud above its carpet of rocks and lochans. She’d climbed Stac Pollaidh as a child, on a Duke of Edinburgh expedition from school, in searing heat on a June day and she hadn’t enjoyed it. Walking wasn’t really her thing. She didn’t want to walk now. All she wanted to do was to drive up and down forever in this land of ghosts and legends and look at the mountains; and then one day a pretty blond child would appear by the roadside, beckon her to stop, and lead her away forever.

A tapping on the window startled her. She jumped, turned her head, and saw a concerned face. In front of her a car was parked in the lay-by, a big blue Jeep, its spare wheel smeared in mud. It had arrived just after she had, and decanted a family. She’d watched them setting out for a walk, strung out along the path.

The face was kind. She wound the window down hastily. ‘What?’ 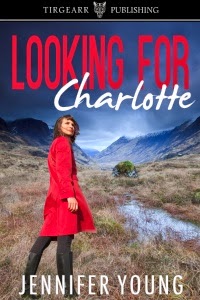 The man outside had a round face topping a knitted jumper in navy, worn under a waxed jacket. He drew back a little. ‘Sorry. Don’t want to interfere. We wondered if you were all right.’

She must have looked distressed. God, how she hated being an object of pity. She looked at this pale face of the city man, heard the London accent, recognised a stranger like herself. ‘Thank you. I’m fine. But it was kind of you to ask.’

‘I know I shouldn’t interfere,’ the man said, backing away, apologetically, ‘but my wife... Well, you were sitting here when we went for our walk, that was all.’

She gave a quick glance at the dashboard clock. She’d been sitting there with her hands on the steering wheel for over an hour. ‘No, no. It’s all right.’ She was appalled at herself. She must have sounded terse. ‘Really. It’s very kind of you. Actually, I’ve had some bad news, that’s all. So I was just sitting.’

His good-natured face flushed with the Englishman’s embarrassment at having barged in with misplaced goodwill.

He got back into the car and roared out of the lay-by. Two faces, children captivated by the sudden moment of drama, twisted round and peered towards her as it disappeared along the winding grey road. Yes, that was it. Pity. Concern. Whatever.

I live in Edinburgh and I write romance and contemporary women’s fiction. I’ve been writing all my life and my first book was published in February 2014, though I’ve had short stories published before then. The thing that runs through all my writing is an interest in the world around me. I love travel and geography and the locations of my stories is always important to me. And of course I love reading — anything and everything.

I enjoy books with or without villains... for me it is all about the journey the characters take throughout their story.