No Hard Feelings by Marta Tandori

[My guest today is offering a $25 bookstore gift certificate as part of her ongoing blog tour. See the end of the post for other stops! ~ Lisabet] 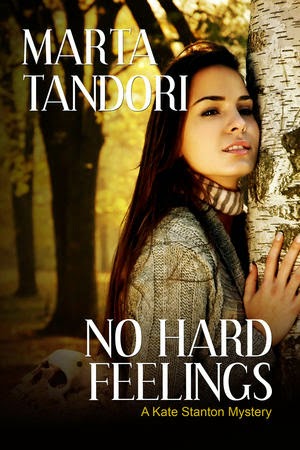 Some secrets can’t stay hidden, especially when they involve murder…

Liz Farrell is still reeling over the murder of her mother almost a year earlier at the hands of her father, Leo Bauer, when she receives the startling news that she’s inherited her estranged father’s sizable estate. Unable to come to terms with her father’s unspeakable legacy, Liz and her grandmother, Kate Stanton, visit Leo’s property in Benedict Canyon, desperately hoping to find closure. Instead, they find a bunker hidden under an old hunting lodge that had been used by Leo at one time to hold Liz’s mother captive. Horrified by the discovery, Liz immediately orders the bunker filled and the lodge destroyed but the ensuing demolition quickly comes to a grinding halt after a man’s remains are discovered in a shallow grave at the base of the old lodge. Once the press get wind of the gruesome discovery, rumors quickly surface, linking the remains to a murder spree that took place at the same address almost half a century earlier; a murder spree conveniently covered up by the governor at the time who also happened to be Leo Bauer’s stepbrother. Liz and Kate’s efforts to uncover the truth behind the murders are soon hampered by family secrets and a killer who’s intent on finishing the job started almost fifty years ago.

With a firm grip on my good arm, he pulls me along after him through the crush of humanity, toward the converging crowds gathering at Pandora’s Box on the corner of Sunset and Crescent Heights. The closer we get to our destination, the louder and more boisterous the crowds of protestors and police seem to become. I cry out in pain as my body is jostled, hurting my dislocated left shoulder, which is supported only by the flimsy sling he has fashioned for me. However, he doesn’t hear me cry out because he’s too busy trying to keep up with his two friends.

For a second, I actually toy with the idea of wrenching my arm out of his grip and making a run for it, but almost immediately, I’m overcome by a fear so paralyzing that I’m barely able to breathe. He’s already given me a nasty taste of what he will do to me if I ever try leaving him. He’s promised to stop at nothing—and spare no one—until he finds me, even if it means killing every member of my family. If there’s one thing I’ve learned from living with this monster, it’s to always take his threats seriously. With a sinking heart, I realize I am nothing more than a pawn to him; valuable when needed, but as with everything in his life, sadly expendable once I’ve served my purpose in his pursuit of his master plan. He has very few displays of human emotion, so it’s difficult to figure out what he’s thinking at any given time. One thing I am sure of, though, is that he trusts no one, least of all me.

By the time Marta Tandori reached fifth grade, she was an avid reader and writer with a stack of 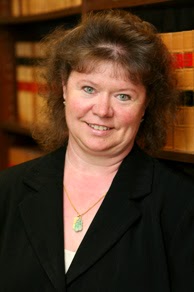 short stories collecting dust in a box under her bed but it wasn’t until she began studying acting in her early twenties at the prestigious American Academy of Dramatic Arts in New York that Marta realized acting wasn’t really her passion – writing fiction was. What followed was years of writing workshops as well as correspondence courses in writing for children through the Institute of Children’s Literature in Connecticut. She credits the award winning author, Troon Harrison, as the instructor who helped her find her literary voice. Marta’s first work of middle-grade fiction, BEING SAM, NO MATTER WHAT was published in 2005, followed by EVERY WHICH WAY BUT KUKU! in 2006. With her more recent endeavors, Marta has shifted her writing focus to mysteries and suspense having “strong female protagonists with closets full of nasty skeletons and the odd murder or two to complicate their already complicated lives”. To learn more about Marta, please visit her website at http://martatandori.com or her Facebook Author Page at www.facebook.com/MartaTandoriAuthor.

Leave a comment with your email address to enter Marta's giveaway.

For a full list of the stops on Marta's tour, visit the Goddessfish blog:
http://goddessfishpromotions.blogspot.com/2014/04/virtual-super-book-blast-tour-no-hard.html

Posted by Lisabet Sarai at 5:13 AM

Welcome to Beyond Romance, Marta!

Thanks so much, Lisabet, for hosting my blog blitz tour of NO HARD FEELINGS, a Kate Stanton Mystery! I thought I’d stop by and share with your readers a few details about me and my book.

For those of you who are new to my books, if there’s one thing to know about me, it’s that I’m a H-U-G-E fan of historical events and it’s usually these events that somehow shape or influence many of my characters in my books. This is particularly true in the case of Amanda Nixon, one of the main characters in this book, whose back story was influenced by the Sunset Strip curfew riots and the Charles Manson Family massacre of Sharon Tate and her friends, two tragic events that took place in the late 1960’s.

Even the title of my book, NO HARD FEELINGS, has an interesting twist and it’s not what you think it might be. One reviewer on Amazon had this to say about the title: “...the title “No Hard Feelings” will unfold in a very unique way!...It is an extraordinary element of the story and the presentation, when used in the novel, is outstanding and clever!” Another reviewer on Amazon summed up NO HARD FEELINGS rather nicely when he wrote: “As you gather the pieces of the puzzle in this book, you start looking for the framework and then you begin to wonder how all of the various pieces are going to fit together to come out with a conclusion that makes sense. But Marta Tandori brings all of these pieces together to create a fascinating and interest[ing] mystery novel.” All said, NO HARD FEELINGS is the second book in the Kate Stanton Mystery series. It’s a standalone but I think it’s always great if you have the opportunity to read the first book in order to fully appreciate each character and their respective back stories – great if you want to, but not necessary. If you like books about dirty family secrets, past mistakes and ugly revenge, you’ll like NO HARD FEELINGS, I promise you!

I’ll check in at odd times throughout the day to answer any questions your readers may have.

Omg waow.. this has totes got my attention.. I feel slightly scared to read it though I'm left wanting to know what happens next..

Congrats to Marta on the new release! This sounds intriguing :) Thanks for sharing!

I am always looking for new authors to read. You write the kinds of books I enjoy reading.
JWIsley(at)aol(dot)com

Wow, I need this book. It sounds like it will be intense.
leighannecrisp at yahoo dot com

This sounds like a very interesting book. I loved the blurb and excerpt.
sstrode at scrtc dot com

This sounds really good. Looking forward to getting to read it. Enjoyed excerpt.
Thank you for sharing and the giveaway!

Sounds like it'll be a interesting read and the excerpt certainly catches the eye.

Hi Marta,
love the cover, it's gorgeous and the excerpt was wonderful. i look forward to reading the rest of the book.

This does sound very interesting.

Thanks, everyone, for your interest in my book. If you'd like to receive a complimentary e-copy of NO HARD FEELINGS, please contact me through my website at http://martatandori.com. Let me have your email and your preferred format. I have epub, mobi and PDF available. Have a great weekend!