I grew up in the 80’s, when Harlequin Presents and Zebra Historicals ruled the shelves. Each story had some type of strong female struggling with an almost insurmountable obstacle guided by the rugged but steadfast, noble hero-no matter if he was a corporate cutthroat, a pirate or a desperado. If there was one thing you could rely on, it was the fact that the hero never gave up on the heroine, never betrayed, and never, ever, cheated. Those heroes made anyone believe that somewhere, out there, was a good man waiting for the love of his life to show up.

Call me crazy, but I always loved the bad boy, the not-quite-sterling-hero. My first crush was a cartoon character named Jason from Battle of the Planet, a Japanese animation brought over to the US in the late 70’s, early 80’s. And there was Han Solo, of course. Forget Luke. I would even root for some of the secondary characters in books, like Ramsey O’Keefe in Amy J. Fetzer’s My Timeswept Heart (of course, he got his own book in the sequel, but he just wasn’t the same).

Stories now-a-days…well, they’ve changed a little. Female characters are stronger, more independent. Taboo subjects like rape and drug use are explored. And, too, the Bad Boy has changed a little. Now he’s darker. Sexier. Sometimes he’s a billionaire playboy, sometimes he rides a Harley. Whatever incarnation he is, he’s able to turn panties into a wet sponge with just a sardonic lift of his lips. He does very naughty things and we love him for it because underneath that tough exterior we know, as readers, there lurks a heart of gold.

For every bad boy there needs to be a woman (or man) who balances him out. There has to be something that draws him to her, something that he’s missing inside himself but recognizes in her. She becomes a flame and like any moth, he can’t resist her. It’s how I write many of my heroines, whether she’s sassy or shy or innocent. I look at the hero first and see his flaws, because flaws make characters real. Flaws makes us care about the bad boy.

Writing a bad boy is a delicate balance of keeping that heart of gold while at the same time having him make terrible choices. I want my reader to want to reach into the book and shake him silly. In Dreamland, Dicen Burke is one such character. He’s a rock star that crashes down to Earth when he overdoses. While in a coma, he travels to 1927 and meets Juliet, who makes him realize that he has to confront his demons. Luckily, he wises up without losing what made him so appealing to begin with. If the readers love him and hate him (at times), well then, I’ve done my job.

Dicen Burke had it all. As lead singer in the world famous rock band, Dark Army, the world lay at his feet. But the path to super stardom warred with a painful past and during a performance the demons haunting him finally descended. Unable to stop the self destructive path of alcohol and drugs, when he fell, he fell hard. 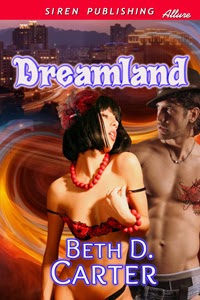 He wakes up in a world he doesn’t know. The Twenty-first century rocker is now in the 1920’s, lost and bewildered. He’s taken in by Juliet Fox, a beautiful woman trying to be a positive influence in her brother’s wild lifestyle among the Hollywood Motion Picture elite.

Dicen does his best to adapt, and with Juliet by his side, he discovers a world that offers him a clean slate. But when he’s pulled back to the present, separated by time from the one person that gives him a reason to live, will he find a way to push past his demons as well as find Juliet again?

When Juliet was finally naked he took a moment to look at her. She was gorgeous. Her body didn’t have the stick-thin malnourished look that so many women in his day favored, thinking men liked to fuck skin and bones. Although she was naturally slender, she was soft and round in all the places a woman should be round. Real breasts. Man, he loved real breasts. And an ass he could grab and hold onto as he rode her.

Dicen worked his way down her body, taking a moment to lick her belly button. As he continued his downward path, he bypassed the apex of her thighs, where he could smell her musk beckoning him. God, he wanted nothing more than to sink his steel-hard cock into her wet cunt and pump her until they both splintered apart. But whatever sanity he had left knocked on his shoulder and raised a red flag.

Did he have the right to do this in her own bed, under her brother’s roof?

Did he have the right to do this when his own situation was so fucked up?

She looked at him with liquid eyes.

She bit her lip and just like that he knew the answer without her saying a word.

“I…I don’t want you to stop,” she told him quietly.

“I have no right, lying here with you like this.” He may have said the words but it didn’t make his body move. Hell, he didn’t know if he could move. His higher brain functions must have fled because even after knowing she was still a virgin, all he wanted to do was claim her.

No other man had known her and he damn sure didn’t want some other asshole sniffing around thinking she was free. Because she wasn’t. She was his, and suddenly, it all became crystal clear. He’d been sent here for her, for no other reason than to find the something that would heal his soul.

So he was going to make damn sure this experience was going to be good for her. From now on, it was all about her pleasure and the orgasms he was going to give her. He shifted his body until he was kneeling on the floor and he had pulled her body to the edge.

“Open for me, sweetheart,” he murmured enticingly.

Exerting a little pressure, she slowly relaxed and let her legs open. He got his first glimpse of her pretty pussy, all plump and swollen with her desire. Moisture glistened around the curls covering the hood. He ran a finger gently through them, barely brushing against her slit, and a moan erupted from her lips.

“Fuck, you’re wet,” he murmured. Then he kissed her, right on the spot he’d just touched, and her hips jerked up, bumping against him.

“You taste so damn sweet, baby.”

He pressed his tongue against her again, as far as it would stretch, dipping a little into the slit. She moaned again and the little sound took him over the edge. He had to fully taste her now.

“I’m going to stick my tongue in you now,” he told her. “I want you to come so I can lap up your cream. Let yourself go, baby, as many times as you can.”

Using two fingers, he spread her until he found her clitoris, and then proceeded to lick her. As soon as his tongue rasped against her sensitive nub, her body arched like it had touched a live wire. Her hands buried in his hair, pulling it almost too aggressively. But he loved it. It gave everything an edge that pumped through his blood, lighting him on fire. He licked and sucked her in, sliding one finger into her heat. She bucked against his hand.

“Fuck, you taste like honey,” he moaned, blowing against her weeping core and causing her to shiver. “So good. I could eat you every night.”

He pushed another finger inside and took her little clit between his teeth, sucking hard.

“I know what you need, baby. I want to give it to you. Let go, Juliet. Come for me. Give me your cream.” 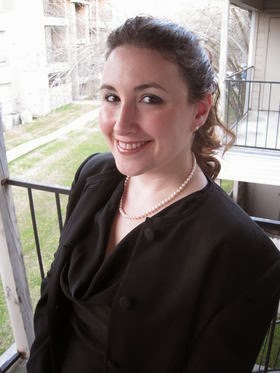 I like writing about the very ordinary girl thrust into extraordinary circumstances, so my heroines will probably never be lawyers, doctors or corporate highrollers.  I try to write characters who aren't cookie
cutters and push myself to write complicated situations that I have no idea how to resolve, forcing me to think outside the box.  I love writing characters who are real, complex and full of flaws, heroes and heroines who find redemption through love.

I've been pretty fortunate in life to experience some amazing things. I've lived in France, traveled throughout Europe, Australia and New Zealand.  I am a mom to an amazing little boy.  I live in Los Angeles, surrounded by friends and family.  I hate washing dishes but I love cooking. I hate washing clothes but I love wearing them. Writing my bio is difficult because I never know what to say so I hope you like this one.

My favorite color is red but I look best in black (it's slimming).  I hate people who don't pick up their dog's crap in public places, people who don't use turn signals, and I really hate people who are rude and condescending. I especially hate discrimination in all and every form.  And although I love holding a book in my hand, I absolutely adore my ereader, whom I've named Ruby.  I love to hear from readers so I've made it really easy to find me on Twitter:

Hi, Beth! Welcome to Beyond Romance!

I'd admit to having a personal fondness for the bad boy type, the guy who lives on the edge and dallies with darkness...

I really like the premise of Dreamland. I'm curious, though, as to why you chose 1927. Or will that give too much of the plot away?

Hi Lisabet! Thank you so much for letting me visit with you! I have always loved the Roaring Twenties. About fourteen years ago I lived in Hollywood and the starlets of that time period always lit up Hollywood Boulevard. And 1927 was an interesting year. Sound was on the verge of emerging in films, people had the "live like we're dying" mantra, and women had just won their suffrage. I made sure to incorporate all that into Dreamland.

Yes, the desperate gaiety of the 'Twenties has always intrigued me, too.

Bad boys have always been my favorite and I do have to say I've never read a romance story from the 1920's. What a cool idea of having Dicen end up in that time period.
hms7213@comcast.net

I love bad boys as well. Dicen sounds like a great character. Adding to my list.
debby236 at gmail dot com