Viewpoints drew my attention about fifteen years ago when I read an amazing series of maybe eleven or twelve books. The series wasn’t romance, but the subject interested me at the time.
Book one of the series included maybe three or four viewpoints, which honestly kept me turning the pages, like many mini stories in one book. Then, I discovered with each new book in that series there were more viewpoints because there were more story-stars introduced. I loved the concept, it made for page turning reading, never a dull moment, and knowing everyone’s thoughts without going omniscient (which I find difficult to read with my relentless editor eye).

Little did I realize reading those multiple viewpoints impacted me as an author/writer, before I ever wrote my first story. The books had to do with a group, not unlike my Lycan International Investigation Agency. It was as if I followed a number of relationships from their meager beginnings, being privy to the middle or their unfolding, and then realizing its ultimate fruition ;)

How each relationship affected another as in the LIIA werewolf pack—their show of loyalties, love, lust, dedication, emotional pain—and how each story-star handled it through their personal viewpoint.

In Romance 101 *smiles* we were taught to use only one or two points of view – like the heroine and hero…and possibly a villain if the story had one.

My series ignored these rules, but then again, maybe it didn’t. Every point of view related to another, as in many heroes and heroines and it read like a TV series—the one that came to mind was Vampire Diaries—although the LIIA series is nothing like that series, it does have many love relationships, ergo many heroes and heroines…oh, and one very bad-assed villain.

So, my question to you, how do you like your romance…many intertwining viewpoints or a couple of viewpoints that lead you through the story? 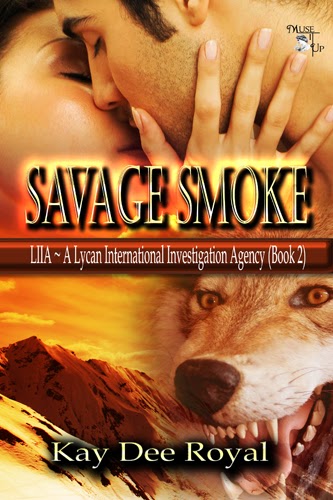 Will Trevor rescue Lindsey in time to save her from shifting into Smoke’s pack, and will she even want saved?

Chance and his LIIA pack of agents search for rogue Lycan mastermind, Smoke, kidnapper of Lindsey and fifteen other human women he plans to use for procreating his own army.

Trevor, Chance’s right-hand Lycan, wants his mate back, but believes she’s fallen for her captor. Lindsey loves Trevor but believes he’s given up on her.

Will Trevor come around in time to rescue Lindsey and save her from shifting into Smoke’s pack, and will she even want back with Trevor after spending so long apart?
Amazon; Muse It Hot Publishing Store

Also available at many other fine e-book stores.

She was used to the little needle pricks and welcomed them. It made acting the part with Smoke so much easier, believing in her heart Trevor made love to her, but guarding that fact from Smoke by holding Trevor’s name in the secret place, locked safely away.

Lindsey understood some of the sexual attraction. She had that once, but she couldn’t go there in her mind. Smoke searched her thoughts almost daily and always found if she’d tapped into any memory nuggets of people she loved. He possessed psychic abilities others didn’t. Already, the thoughts of Trevor that had emerged she’d need to bury before Smoke returned.

Lindsey touched its leather cover, wrapped her fingers around it, and hauled it out.


Blurb
Olivia swears off men until she meets Chance, a Lycan alpha. He ignites an undeniable hunger they can only sate together.

Olivia endures a thirty-four year passionless marriage, discovering her dead husband’s philandering history at his funeral. She devotes her energy and life-long sensitivity with animals to her wildlife refuge and preserve.

Chance, a Lycan alpha and leader of the Lycan International Investigation Agency (LIIA) throws himself into his investigations. He chooses to neglect his duty of finding a primal-mate after watching his father become an empty shell over the loss of his.


Will they succumb to its enticing tether, or fight to resume their loveless lives apart?

Also available at many other fine e-book stores. 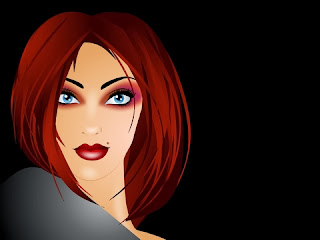 Anyway, I believe in breaking rules when the muse so dictates!

Good luck with the series.

Hi Lisabet:) Thanks so much for hosting me - I love your place:) Thanks for the kind comments also - I've had a mix of reviews mentioning how many viewpoints my stories have...it's like a number of mini stories in one:) I read a series written that way and instantly fell in love with the it.