Apropos a little bit of everything....

I feel particularly neighbourly to Lisabet as we both live in south-east Asia. Having said that, we don't swap emails or compare opinions nearly as often enough as we should. The problem is, as I'm sure you are all aware, Life intervenes. Besides which, any time spent scrolling through Lisabet's site will show you that she's an indefatigable worker, almost chained to her desk by the sounds of things. I break into a sweat just reading about her upcoming releases!

Me, I'm a different kind of person. My writing speed is moderate, but I've also recently put a brake on my productivity by running a small business. Naturally, it has to do with publishing. :)

Sandal Press opened its doors almost two years ago, on the first of August, 2011, with the release of a lesbian space opera called War Games. I was actually offered a print contract with an established small press for that book, but turned it down because the contract clauses were ghastly. I knew it was a gamble at the time (it's still a gamble), but I didn't want the rest of my career hobbled just because of one book.

Then I started an urban fantasy, the CHECK YOUR LUCK series. I knew this one wasn't going to fly in traditional publishing circles because it's set in south-east Asia and only has one white recurring character in the entire 227,000 words. And he's dead! 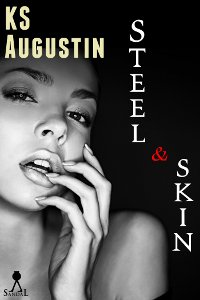 As you can see, I was off to a great start! In the intervening two years, I released a number of stories through Sandal Press. I have two contemporary short stories set in south-east Asia, Yellow Fever and Steel & Skin; and a no-holds-barred travelogue of a trip to Poland, It's 10 Am, Why am I Still Sober? That one cracked the top thirty Russian travel books at Amazon! I'm still not sure how to feel about that.

The rest of the releases are science-fiction romance - The Pirate's Grand Plan, Balance of Terror, Quinten's Story and the novella Overclocked. (a cyberpunk romance). A few books, like the Samplers, The Check Your Luck Agency (the first in the Check Your Luck series), and Collateral Damage are even free, and will remain so for as long as Sandal Press exists. 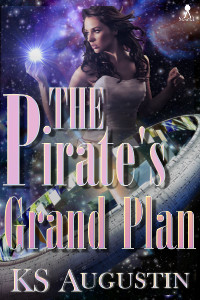 If that sounds like an interesting line-up, thank you for thinking so. And no, I haven't made skillions of dollars like a lot of other indie authors you may have heard about. Which is kinda why I'm here, hanging out at Lisabet's for a little while.

Next week is Sandal's second birthday and the board at Sandal Press (hubby, me, and the dog) decided to do a week-long promotion. Here's the deal: for one week, from the first to the eighth of August, all non-free releases at Sandal Press will be 99-cents. So if that urban fantasy series appeals to you, you can go pick up all the books in the series for less than four bucks! Want to read that lesbian space opera I was talking about? 99 cents! Want to have a crack at a "future historical"? The Pirate's Grand Plan is also 99 cents! Never tried science-fiction romance before? Now's your chance!

The retailers involved in this promotion are: Amazon, Kobo, Smashwords and OmniLit/AllRomanceEbooks. Just go to www.SandalPressOnline.com, decide on which book you'd like to try, and links will take you to the appropriate etailer page. And thanks for your support. With your help, I might even start making a living out of these books!

To whet your appetite, here's a bit from Overclocked.

In a new world, there are new challenges, new dangers…new ways to die.

Basement Five’s first cybernaut is lost in a universe of bits and bytes. Was it an accident? Deliberate? Dr. Tania Flowers is about to find out 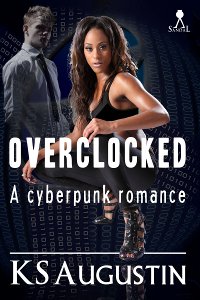 His breath tickled her ear, his voice pitched low. She remained silent.

“We’ve been working so hard,” he repeated. “Surely we deserve a break?”

He was right on so many counts.

They had been working too hard. For months, they’d been manoeuvring with each other, against each other, in a high-tech hothouse environment. Trying to prove that each was better than the other. That she was faster than him. That he was more adaptable than her. That they were both more focused than any other human beings on the planet.

After eight weeks of the final trial phase, Tania was exhausted. If she or Carl had managed to win victory cleanly, it wasn’t apparent from the daily status meetings they attended. And time was running out.

Tonight, in the soothing darkness of her room, with Carl’s mellow voice whispering in her ear, Tania wanted to be convinced by his seductive pleas.

“We need time to enjoy life. Drop out of the rat race for an hour or two.”

Deliberately relaxing her shoulders and neck, Tania let the pillow take the weight of her head, settling back into the mattress with a sigh. Tania felt a pair of lips touch hers and she stifled a groan. Why was it that the man she felt most affinity for, the one who was able to light her up like Christmas fireworks, was also the one most adept at pushing each and every one of her buttons?

“You’re thinking again, aren’t you?” he asked. His breath stroked against her throat for a moment, then moved down to her collarbone. “That’s your problem. You’re always thinking.”

She felt his hot mouth taking in a nipple and sucking on it. He wasn’t gentle and she…liked it. Noisily, he suckled as if wanting to draw the erect nub down into his throat. Tania arched her back and groaned again, clawing at his head. She could feel her sex, throbbing and soaking wet, by the time he decided to move to the other breast.

“Nope,” he softly declared from a spot halfway down her torso. Tania’s fingers stopped their frantic questing through his hair to listen more closely to what he was saying. “This isn’t working. Not the way I want it.”

She felt his body lift away from hers and fought a pang of sharp loss. Then hands rested on her hips and she found herself flipped onto her stomach.

Thanks, Lisabet, for having me here. Congratulations on the release of the Tied to the Billionaire anthology, and best of luck with Rajasthani Moon. It's on my TBR pile!

Hi, Kaz! I'm delighted to have you as my guest and to give you the chance to plug your publishing house. I am definitely going to take advantage of your sale!

As for me being an "indefatigable worker" - don't make me laugh! Don't forget the books on my website represent thirteen years in the pub business! Not nearly as impressive as it looks.

Good luck with Sandals. I'm off to check out southeast Asian urban fantasy.

I too will be checking out the sale. Your snippet has wetted my interest in over clocked.

Hi KS! Awesome reads and I am glad to see you here! :)

Lisabet, thanks for having me! ;) But you really ARE a hard worker, you know...I follow your releases, so I know.

Thanks Bookrforever123. That snippet of "Overclocked" was courtesy of Lisabet (I'm such a klutz when it comes to marketing!). I hope you enjoy the story.

CA, yeah, I get around! LOL And thanks for your very kind words.