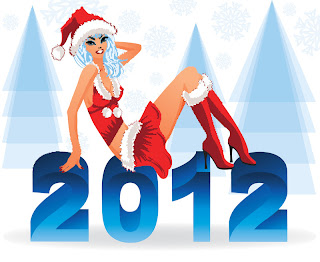 My snog today is from Incognito, just re-released under the Amazon Select program as part of the volume Taboo. If you're an Amazon Prime, member, you can read it for free! Just visit Amazon for more information.

And if you haven't been there already, hop over to Victoria's Snog page, where she's kicking off a new year of snogging in inimitable Blisse style!

Miranda retrieved the open bottle of Pinot Grigio from the refrigerator and poured two glasses. Handing him one, she sat down next to him with her own goblet, on the opposite side from Heathcliff’s tawny body. “To London,” she said, raising her glass.

“To London, and other adventures.”

They took a few silent sips. What now? thought Miranda. She tingled all over from nervousness, but for once there was no knot of fear in her belly. Mark was looking at her, searching her face as if trying to read her thoughts. The silence lengthened. Ever so slowly, as if he were afraid that she might flee, he reached for her hand. His skin was warm and dry. She suddenly remembered the way he had stroked her palm, the first time they met. The recollection gave her a little thrill.

She wondered at her own shyness. Given her recent escapades, she could hardly be called sexually inexperienced, yet she felt as much like a virgin now as she had with Geoff.

He was still staring at her, their hands clasped. He must be waiting for me to make the first move, she thought.

They collapsed in laughter as they spoke simultaneously. Somehow, the shared humour erased the tension. Miranda turned toward him and kissed him.

His response was immediate and electrifying. His arms circled her, pulling her close to his chest, while he returned her kiss with a ferocity that was astounding. It was a probing, aggressive, challenging kiss, a kiss that sought out her secrets. His tongue danced in her mouth, boldly exploring. Her sex rippled in response. It was almost as if his tongue was dancing down there, darting in and out of her swollen lower lips.

Miranda moaned and rubbed her breasts against his torso. Her nipples were hard and round as hazelnuts. She was hungry for him, dying to have him touch her.

As if in response to her thought, he slid one hand under her shirt and brushed a fingertip across her tit. That simple touch made her writhe; when he rolled the nipple between his thumb and forefinger, she felt as though she was only a few breaths away from climax. He was still kissing her, more voluptuously than before, tracing the outline of her lips with his tongue, nibbling and caressing.

Hazy with lust, Miranda realised that she had never been this aroused. Not with Geoff. Not with Big Daddy. Everything Mark did felt good. He smelled good, tasted good. She wanted him to surround her and penetrate her. She wanted their bodies to melt together into one.

Lazily, his hand left her breast and meandered across her belly. He unbuttoned her waistband and pulled down the zipper on her skirt. She ground her pelvis against him, silently begging him to finger her, fill her, fuck her. He took his time, though, building the tension to fever pitch.

Finally, his fingers reached her pubic curls. But just before he touched her, a sudden jolt of static electricity leaped from his hand to her damp flesh. The shock made her stiffen involuntarily.

Mark immediately retracted his hand. His mouth slipped away from hers.

Mark searched her face. He looked worried. “Sorry,” he said. “I got kind of carried away.”

Posted by Lisabet Sarai at 5:07 AM

I always look forward to your snogs! :D

Thanks, Victoria! I feel the same way about yours. You've started a great tradition!