In a Lesbian World 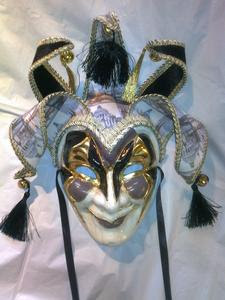 My Nom de Voyage is Widdershins - I’m a lesbian who writes Science Fiction/Fantasy for lesbians, with lesbian characters. This is important, for a whole bunch of reasons.

The most important being:

Hah! I bet you thought I was going to say, “because I have to write.” That’s almost as important, but no, visibility is at the top of my list.

When I was growing up in the Age of Dinosaurs, before social media; hell, even before personal computers, I had no role models. Not in books, movies, television, visual arts, and certainly not within my family. (well, at least, no positive ones)

It didn’t help that my family lived in a tin shack at the end of a bulldozed track through the Australian bush, with a creek as our only source of running water.

We had lots of books though. An old set of Arthur Mee’s Children’s Encyclopedias, whose pages smelled of old dust and forgotten mysteries. A shelf of Readers Digests that I read from cover to cover, but mostly for the funny one-liners at the end of the articles. (I wonder why they stopped doing that?)

For the two years I attended high school (a tough decision to drop out - earn enough money to eat, or go to school? – not so tough after all!) I spent most of my time in the library, occasionally studying but invariably reading; Heinlein, Asimov, Clarke, boy’s own stories from the ‘Golden Age of SF’. I was hooked. SF was my way out of an existence that lacked a soul.

I have always been a lesbian, although I didn’t have the language to understand what that really meant until I was somewhere between the end of my teens and the beginning of my twenties. I always knew I was different, I always feared I was the only one, and I always sensed that was not a good thing.

I survived. By silencing myself. For years.

Then, I heard ... things …, mysterious things, and tantalizing.

These are all words that contain an unknowable wealth of information in them. All words that speak directly to me. Words that have Power in them. Power to change a life, perhaps even to save one.

If I had known about these words and these names, if they had been around when I was growing up, perhaps my silence would not have lingered as long as it did.

When it came time for me to call myself a writer, I knew I needed to add my name to that list of words, so that someone like me wouldn’t have to silence her Self in order to survive.

Now I am a lesbian ‘author’ and as of last year, a ‘published lesbian author’, and it’s time to pay it forward.

You can find me here most days:

Mortal Instinct is available as an eBook from my publisher here:

…and in paperback and eBook from Amazon, here:

Bio: I was born in England, grew up in Australia, moved to Canada in 2004 and married the love of my life. I’m a writer and shaman, a bicyclist and a feminist. I’ve been an architect, a seamstress, an athlete and a field hand.

Writing is my passion and my profession, novels specifically, short stories occasionally, and always with lesbian characters. 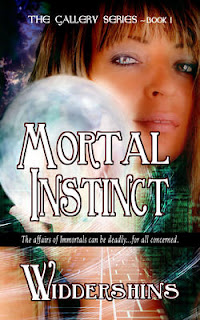 Mortal Instinct is set on Argol, a planet of the Gallery - a vast other-worldly web of corridors spun from the body of an Immortal Being. These glittering corridors link the worlds of the Mortal Realm. Anyone brave enough to step through a Portal can journey through them from world to world.

Something is happening to the Gallery, something ... mortal.

In a world where fiery earthpower rises from the heart of the land at the behest of a Sacred Circle, three friends find themselves responsible for a mystical Sphere that has the power to destroy or save the Gallery, and even the Mortal Realm itself. Immortal beings interfere, lovers and ex-lovers intrude, egos and politics get in the way. In spite of all these distractions, they must achieve their destiny before the Sphere awakens and decides its own fate.

A Portal glowed fiercely, then shattered. Wind rushed through the broken Hall.

Chalone’s face turned white. She barged through the fleeing crowd to Liesha’s side. “The corridors are being ripped apart!” she shouted above the roar of rushing air and an alarm that no one had thought to shut off.

“I can see that,” Liesha said too loudly as the sound eased, and picked up the headset the gale had swept from her head. She’d had no time to reintegrate her implants and used it to communicate with the ECHO network. “I am going to stop this.”

“What do you mean?” Liesha suddenly grabbed her arms hard enough to cause bruises. Chalone winced and she released her grip. “Sorry,” she apologized. “Tell me.”

“Mor brought us back in time to the moment just after we left,” Chalone explained.

Liesha looked blank for a moment and then she turned as pale as Chalone. “We are witnessing the beginning of the maelstrom in the Hub!” She looked aghast at the dying Hall.

“Not all of it. Our Portals aren’t enough to create that monstrosity, but if this is happening throughout the Gallery…?” Chalone swallowed hard.

Liesha focused inward, listening to a strident voice issuing from her headset. “I still have to stop it here,” she said with jagged determination.

“You have that kind of power? Why didn’t you use it when we were trapped in the Hub?” Chalone accused.

“I was not able to. It requires many ECHOs, and our communications do not work in the Gallery.”

Vian finished giving orders for crowd control, organized the evacuation of the nearby houses, and initiated the clause in the council charter that gave her immediate and total control of all the resources she ever needed or wanted. She interrupted Chalone and Liesha.

“Hurry,” she said to Liesha. “If you can’t hold at least one of the Portals, then we’re marooned here forever. Everything we’ve all worked for will be lost.”

“I am aware of that fact,” Liesha snapped back at her.

Chalone looked from one to the other. “You both knew this would happen.”

Thanks Lisabet, for having me over for a visit.

The Celluloid Closet does a good job of addressing this visibility issue. Esp when we're children we positively hunger for those role models and images.

Greetings, Widdershins, and welcome to Beyond Romance!

I'm sorry I wasn't here to announce your post or greet you earlier, but I've remedied that.

I really like the premise of the Gallery. And I applaud your motivations for writing lesbian fiction. As for me, I just write it because I find it hot! (LOL)

London Mabel - Hey there! ... Personally, I think 'The Celluloid Closet' should be required viewing in high schools. Wouldn't that stand a few myths on their end!

Lisabet - I find it hot too ... and it's amazing how many tips one can pick up from reading it! The good stuff that is - like you and I write!

Widder, I loved your candid post, and that you shared some of your most intimate self with us. You've been a favorite since I've met you, and I'm so thankful Lisabet hosted you today. I watched the RNC debates tonight, and when I hear candidates say they are against gay marriage, I quiver with anger. I don't pretend to understand our differences, but in my opinion any judgements should be left to God, and aren't we all his children? I applaud you and Lisabet for writing what comes naturally to you, and what you love. Keep it up.

What a really excellent blog post. Hi Widdershins, I've heard your name for a long time but this is the first I've read of your work. It's a really intriguing excerpt. Glad to have finally "met" you.

Ginger - Thanks for dropping by. One of the best T-shirt slogans I've ever read on the subject of God and gays goes like this; 'If God wanted me otherwise, I'd be otherwise'.

Leatherdykeuk - Glad you liked it. That is a magnificently evocative watercolour on your homepage. I'm off to explore some more.

D.L. King - Nice to meet you too .. and another site to explore in the wee small hours of the morning.

Where oh where do I begin :)