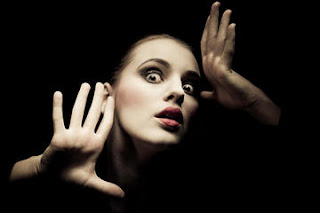 Jane Smith is perfect. She’s funny, witty, sings like an angel, and gorgeous. Though she can be a bit too nice at times, and has a tendency to be a bit clumsy.

Mary Johnson is also popular, but she’s known for her hot temper and often acts without thinking of the consequences first.

So, which one of these characters would you rather read about?

Mary, right? Bet I know why.

Merriam-Webster defines character foibles as, “a minor flaw or shortcoming in character or behavior.” These “quirks” don’t impact the character’s life in any significant way and rarely have the power to carry a main character through a plot. Being clumsy, like Jane, may make a reader identify with the trait, but rarely with the character herself.

On the other hand, Mary’s anger and impetuousness open up a whole world of plotlines because of the fatal character flaw at the core of her personality. Whatever situation she gets in, her fatal flaw will make it worse. The reader will cringe when Mary makes yet another mistake, but that’s what you want as an author: character flaws are what make readers care about your characters.

Here are some tips and tricks:

Here’s where those “She’s too nice” or “He’s too good” descriptions fall. This also includes personal habits like messy hair or your biting nails, which aren’t real flaws. They can be humorous or charming quirks, but don’t impact the plot in any way.

Don’t make things too easy for your character. If part of Mary’s character arc is working through her hotheadedness, let her hit some plateaus and valleys along the way. For example, just when she thinks she has her impulse issues reined in, someone picks a fight with her and Mary loses control and ends up in jail.

What good is having anger control issues if situations never arise that will challenge that fatal character flaw? If your character has a severe public speaking phobia, what purpose will that serve if you never introduce a situation where your character is forced to face their flaw? But just giving your character a fatal flaw isn’t enough—it has to impact the plot in an important way.

Ever been on a job interviews where the recruiter asks about your weaknesses? Bland phrases like, “I’m too dedicated” or “I’m over-organized,” are sure-fire ways to get you a one-way ticket to the unemployment office. Know why? It’s because those aren’t real flaws. They’re foibles (or outright lies). How is being dedicated a flaw? If an interviewer can see through these shabby excuses, then your readers certainly can.

Some authors tend to only show the fatal flaw in a positive light. Let’s say Mary lost control and accidently killed Jane. There have got to be some consequences, both internal and external ones. If all that happens is some jail time for Mary, and no change in her character arc, then Mary has become an uninteresting, two-dimensional character that readers will stop caring about.

Good character flaws will be shown in both lights—positive and negative. Perhaps while in prison, Mary discovers a plot to assassinate the warden. Without thinking of the consequences, she pushes the man out a bullet’s path, saving him.

We learn from our mistakes, and characters do, too. Many authors seem afraid to let their characters do anything too bad or test the limits. Why? We change through adversity, through making horrible mistakes and hopefully learn from them. The most meaningful arcs often come when a character recognizes what their fatal flaw has cost them, and how it affects their storyline.

Be careful that not every flaw a character has is attributed to the past. Blaming others for their flaws makes a character unsympathetic. Readers best connect to characters who have real flaws, can eventually understand how to work through them, and find a way to transform the flaw into an asset.

Mary’s ability to think on her feet and make those split-second decisions allowed her to save the warden, and thus earn herself an early parole, while also teaching her that she can find better ways to redirect her anger and impulse control problems.

Keep in mind that you don’t want to overload your characters with flaws, either. Just as all positive traits won’t make your readers love a character, an influx of negative ones will prevent people from identifying and sympathizing with them. Try to strike a balance—a little bit of good, a little bit of bad, and what do you have? 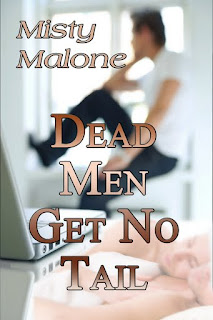 BIO: “Normal is overrated” is the mantra of author Misty Malone. A hard-core Taurus with a love for elves, zombie squirrels, and cannibalistic cotton balls, Misty is an avid reader, a cat wrangler, and can usually be found glued to her laptop, driven by the desire to tell unforgettable stories. Inspired by the likes of Joss Whedon and Piers Anthony, and fueled by green tea lattes, Misty's work has been published in literary journals, trade magazines, and anthologies, ranging from horror, travel writing, high fantasy, and tongue-in-cheek humor (sometimes under the pen name Lori Strongin). Under the pen name Misty Malone, she has published with Ravenous Romance and Phaze Books.

Check out her website and blog at www.mistymalone.com for more ponderings from this not-quite-normal author.

This is a really excellent post. I especially like your point that character flaws need to be related to the plot.

Putting this in my files...!

Hi Misty,
Great article, I have never thought about faults and foibles before but you have laid it out so well I know exctly what you mean and I am going to put it into practise. Thank you

Fatal flaws? Only if the arc is not complete. It is the admiration we feel for these real flawed human beings when they overcome or acomodate these flaws that makes us stand up and cheer. If they can get past 'it', then so can we. And there's nothing fatal about that except to kill our ennuie for the character.

Interesting post, and it gave me some ideas for my characters. Thank you.