Children Are Our Future

I touched on the subjects of orphans and foster care in both of my latest releases, A Chaunce of Riches and Common Bonds, Tangled Hearts. In Chaunce both Samantha and Ben had grown up together in the same foster home; in Common Bonds the heroine Layne was orphaned young and made a ward of the state when her ailing grandmother couldn’t care for her.

In Common Bonds, Tangled Hearts Layne wasn’t nearly as fortunate as her predecessors who found warmth and comfort with loving foster parents. Her fate was much more dreadful and she wound up walking into a bad situation because she had no guidance to steer her. If just one person had been able to take her hand and help her… But then what would my book have been about?

As Dennis got ready for bed, Layne thought of her own childhood. Her parents had died in a car accident when she was just a toddler, she didn't even remember them. Her grandparents raised her; grandpa died when she was six, her grandmother had a stroke which left her in a coma when Layne was almost eight. Layne was put into a foster home close by so she could visit her grandmother in the hospital. Grandma died the day Layne turned eight. She figured it was because the state had never been able to trace down any of her mother's relations that she was kept in the foster care program rather than put up for adoption.

Some of the foster homes weren't too terrible, the parents were friendly and her foster siblings were nice to play with. But as Layne grew into a teen-ager and her tall lanky shape developed into a womanly figure, Layne found herself in a dangerous situation. She had been put into a home where the parents had two teen-age boys of their own. Her foster parents called her ungrateful when she complained that the boys were sneaking peeks of her while she showered or changed in her room. Layne tolerated it until the night one of her foster brothers climbed into her bed and touched her in ways he had no right to. She ran away before dawn broke.

The next few days she literally lived on the street with no money, no food and no bed to sleep in. That was when she met Charlie. He found her in the alley outside of his gallery and he invited her in to warm up, use the shower in the back of the store and sleep in the stock room; it was the first solid sleep she had in days. When she woke up, she found a tray laden with juice and milk and cereal and fruit. She was so grateful to him.

After she was rested and clean and the hunger pangs in her stomach were gone, he invited her into his office to chat. She told him what had happened and thanked him for his rescue. He asked her how old she was, she told him sixteen; he was forty-nine. He offered her a permanent solution, one which the frightened teen-age girl saw only as a fairy tale come true. He had money, he lived in a big house, he owned an international art company and he was willing to marry her. Because of her age, he handed her money and travel directions to a nearby state where the age of consent was even younger and he told her he'd meet her.

They met at the hotel and went to the justice of the peace where Elaine Cowan became Mrs. Charles Harris. That night he took her to bed and when she cried from the pain he caused her, he told her that the first time was the worst and it was a small price to pay for all the comfort she now would be living with. They went home the next day.

Layne got used to Charlie taking what he called his husbandly rights, but she never looked forward to them. She learned quickly that any refusals she made only made things worse. He wouldn't be denied; he didn't care what her reasons were. After the second month of their marriage, Charlie demanded that Layne take a pregnancy test. It was negative. He demanded another one every month after that and with each negative response, he became angrier and more abusive. Charlie told Layne that he "bought her" so that she should give him an heir. He told her that horrifying fact the very first night he beat her.

Recent news reports have been filled with the terrifying accounts of the earthquake aftermath in Haiti – among the many, many tragedies are thousands of children, many orphaned, who have no shelter or loving arms to hold them. Some of the orphans, in the system before the quake, were in the process of being adopted and sadly the paperwork is now buried in rubble so the delight of the children and their parents-to-be has to be put on hold until governments can sort through myriad details and red-tape.

This poignant plight leaves me so saddened – I wish I had space and money to house scores of these children, I would have the love. There have been many hopeful parents who have opened their hearts and arms just to be told that paperwork had to be filed and visas had to be issued. Current estimates say that these processes could take up to two years. Even opening our homes today will be met with delays and unfortunately children who were already being adopted will continue to take up bed space from many new orphans.

Hopefully governments throughout the world will help by making special emergency plans to push through the adoptions that were already in process. We must each ask our governments to consider refugee status for these orphans so that they can go to loving homes as soon as possible. If the paperwork waits to be done – it’s just paper. The children are our future. 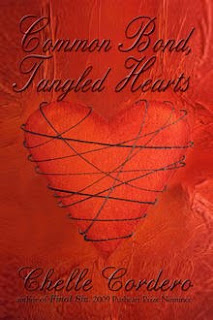 Welcome to Beyond Romance! You're right about the awful vulnerability of children. The problem is how to balance their safety (through checking the legitimacy of adoptive parents) with their immediate desperate need.

There are never any easy fixes after a tragedy such as the earthquake - checking into the potential parents' background is still necessary, waiting for full government visas and all might not be as necessary. We can only pray.

Thanks so much for allowing me this forum today.

An article that hits home to many. susan L.