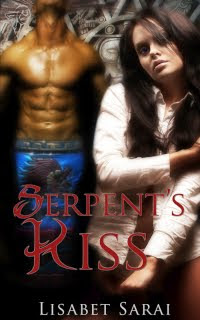 Happily ever after. According to my mentors, this is the sine qua non of the romance genre. These days, romance can be sweet or steamy, with any mix of genders and quite a level of flexibility in numbers, but the story must conclude with the protagonists in love and together for the foreseeable future.

“Happily” I get. But “ever after” can be a practical problem, especially in realistic contemporary romance, which is mostly what I have penned thus far. Taken literally, “ever after” means “eternally”, or at least, “until death do us part”. Alas, most of us know all too well how elusive such enduring love can be. Divorce or death, wars or disasters, disease, aging or simply the inevitable changes in personality that people experience over time, tend to work against the dream of “ever after”. Yet it remains a delightful fantasy that perhaps only romance can fulfill.

“Ever after” requires more than sexual compatibility. It goes far beyond physical attraction, and runs deeper than emotional sympathy or congruence of interests, values and desires. “Ever after” is about a heart and soul connection that transcends the physical world, a spiritual bond that cannot be severed no matter what may come to pass.

Paranormal romance may offer the best opportunity for believable “ever afters”. This might account for some of its popularity. Vampire couples have eternity together. Demons and angels, fairies, elves and other creatures of power and magic cleave forever to their predestined mates. One of my favorite paranormal concepts is the notion of lovers continually reincarnated, finding their way to each other arms age after age despite all obstacles. I first encountered this theme in H. Rider Haggard’s classic adventure She. It’s eloquently expressed in the song “Old Souls”, from the musical Phantom of the Paradise:

Our love
Is an old love, baby.
It’s older
Than all our years.
I see in strange young eyes
Familiar tears.

Our paths have crossed and parted.
This love affair was started
Long, long ago.
This love survives the ages.
In its story lives are pages.
Fill them all.
May ours turn slow.

An advantage of the reincarnation device, from a writer’s perspective, is the fact that it automatically provides a source of movement and conflict. “Ever after” runs the danger of becoming static and boring, after a few centuries or millennia. In the reincarnation scenario, we know in our gut that the protagonists will finally recognize each other and find happiness (again), but a skillful author can play on the risk that maybe this time, things won’t work out. Plus there is the bittersweet knowledge that eventually, death or some evil influence will part the lovers, leaving them to discover their connection anew in a future life.

My paranormal romance Serpent’s Kiss is a shape shifter novel based on ancient Mayan mythology. It’s full of perilous rituals, supernatural visions, and apocalyptic confrontations between age-old enemies. Furthermore, it uses reincarnation to give the lovers the ever after they deserve.

I didn’t originally intend that Elena and Jorge should have known each other from previous lives. About half way through the book, I realized that was what was going on. Why else would they be so irresistibly attracted to one another? Where else could they have acquired their knowledge of each other’s souls? I’m contemplating writing a prequel to explore their connection during earlier rounds through the cosmic cycle.

You can find an excerpt from Serpent's Kiss here.

As a teenager and young adult, I was convinced that everything was transient, especially relationships. My high school yearbook quote was a set of lines from Simon and Garfunkel’s “The Leaves that are Green”:

Surrounded by divorce in every branch of my family, I was certain that I’d never find a life mate. It is rather a shock, twenty eight years later, to find myself that I have been living with, and in love with, the same one man all this time.

What do you think?

Posted by Lisabet Sarai at 6:34 AM

Email ThisBlogThis!Share to TwitterShare to FacebookShare to Pinterest
Labels: ever after, Phantom of the Paradise, Serpent's Kiss