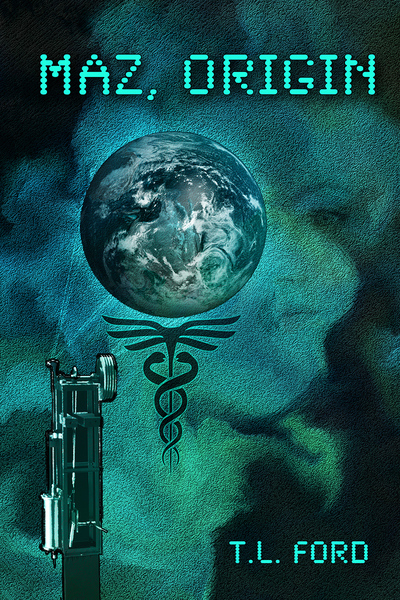 Entering the witness relocation program after lawfully escaping a massive walled-in prison, teenage Merrill tries to fit into our society. Her background and decisions may not let her.

Maz, Origin is a story of growth and love, guilt and innocence, and changing goals. What is morally right and what is legally right? What's legal for humans may not be for aliens...

"I volunteered to give you a home. Not out of guilt or to exact some revenge, but simple compassion. If you're to have any chance at all of staying out of the Zone and becoming part of our society, you need a proper home with someone who understands your history and can help you navigate and learn about our society. That's me."

He continued, "The payment is that you try to adapt, try to learn our ways, and eventually become a productive citizen. Talk with me about any issues or confusion you have and keep a clean record. No violence. No illegal drugs."

First, she is Pyre, a fourteen-year-old orphan living among the desperate, violent denizens of the Zone. Daughter of a notorious mass murderer, she was born within the walled prison district and trained by her brilliant, psychopathic mother to be a survivor and a weapon. To stay alive, she’ll do almost anything. The secret is to have something of value to trade: food, sex, information, skills. She’s fluent in a dozen languages, small and fast enough to be a courier for the Barons who control the Zone, clever enough to be verbally persuasive but capable of lethally defending herself with a knife or a gun.

When she’s rescued from the Zone by people who want what she knows, Pyre becomes Merrill, living with a middle class family and trying to blend into society. It’s tough going, especially at first. Her ex-military guardian Ron and his wife provide her with comfortable shelter, abundant food, multiple changes of clothing, and more toilet paper than she’s ever seen, but she finds their generosity hard to accept. She keeps expecting someone to ask for payment. At school, she gravitates toward other outsiders, people who hurt – an illiterate bully and an abused nerd. Despite herself, she can’t help trying to save them, even when this may expose her secrets and put her life in danger.

Then a group of aliens land on earth, and she’s subject to another transformation. Her linguistic abilities make her uniquely suited to the role of liaison between interstellar races; her powerful sense of morality leads her to assume enormous risks in the defense of justice. When she takes a stand for what she knows is right, she becomes Maz – a young woman who has outgrown Earth and is something more than human.

Maz, Origin is a remarkable, original book, full of twists and turns. In Pyre/Merrill/Maz, T.L. Ford has created a memorable heroine, a girl who’s grown up in a hellish environment yet somehow has developed a strong moral compass. Pyre has killed, and would do so again to save herself or those for whom she cares. Indoctrinated with the need to survive at any cost, she is still sensitive to the pain of others and will do what she can to alleviate it. In one of my favorite sequences, Merrill has returned to the Zone to rescue her lover Zack. She encounters a newcomer to the prison, a woman without any skills or knowledge, but instead of abandoning the stranger to certain disaster, Merrill undertakes to educate the newbie in the basics of survival.

The pace of the plot is somewhat irregular, which can be a bit annoying. The author spends many chapters on the first few months of Merrill’s life outside the Zone, then fast forwards in a single chapter through a couple of years of her education as a surgeon. When the aliens first showed up, I really wondered what the author was thinking. I didn’t see what they had to do with the story thus far, especially when they left a few chapters later without making any significant difference in Merrill’s existence. Only later does T.L. Ford weave these events back into the story. I certainly didn’t expect Maz, Origin to launch itself into space, though perhaps an astonishing individual like Merrill is too unique to stay earthbound.

All in all, I greatly enjoyed this novel. Originality is one of the most important determinants of my reading pleasure. Maz, Origin, and its heroine, are quite different from anything I’ve read. If, like me, you have little patience with stock plots and characters, I recommend this novel. It’s occasionally a bumpy ride, but overall, I was repeatedly surprised and delighted. 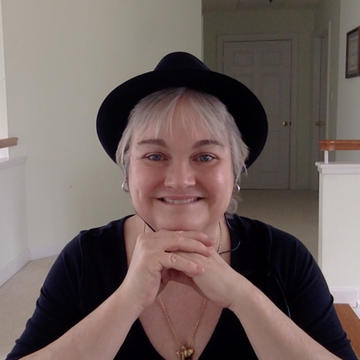 T. L. Ford is a programmer, writer, and artist. She spent most of her professional career supporting the Patuxent River Naval Air Station in southern Maryland. Her science fiction novels imagine possibilities while focusing on society and personal relationships and decisions. Her fantasy novels are heavily influenced by Dungeons & Dragons and are light "weekend reads". She's also created two art books, a thriller novella, and an interactive math iBook. She enjoys sailing, hiking, and spending time with her family.

Welcome to Beyond Romance, Theresa! I really enjoyed Maz, Origin.
Now I have to go post the review on Amazon and Goodreads.

Hi! Thank you for the reviews and hosting! I'm really glad you enjoyed it! You might also like Colony One - it's similar from a non-traditional standpoint.

Excellent excerpt, Maz, Origin sounds like a sci fi book that I can really get caught up in and I am looking forward to it! Thanks for sharing it with me!

Thanks, Lisabet, for sharing your review!

Have a magical holiday season!