A voice for women in pre-colonial Maryland – #HistoricalFiction #WomensRights #Giveaway

Move over Susan B. Anthony. There’s an unsung woman asking for the vote 224 years before you. In 1638-1648 Margaret Brent, fighting for justice became a voice in court for others, educated and Indian princess, built a fort and saved pre-colonial Maryland from destruction. The American Bar Association each year honors select women attorneys, such as Ruth Bader Ginsberg and Sandra Day O’Connor with their Margaret Brent Award.

The Wells girl covered her eyes with both hands. Margaret, ignoring the buzzing of flies and the damp heat of the morning sun, worked to untangle the girl’s words in her mind.

“If the river doesn’t take me, then I shall have my baby alone and will have to live with Master Cole, and I shall never see my dear Tom again.” With that, she burst into tears.

“You do not look like you are about to have a baby. Why do you say your time is up?”

“Master Cole brought me here four years ago. He said after I had worked for him for four years, I wouldn’t owe him a tad more, and now he says I can’t leave, and so I might as well marry him. Lady Brent. I worked hard from early morning until after dark every day, and my time is up. Even the devil would say this isn’t right.” She sniffed and looked away.

Margaret set her jaw. “Heaven help us if other masters here in Maryland treat their servants in this manner.”

“There’s nothing I can do.” She bit her lip. “I thought maybe the next time you talked with Governor Calvert you might say something on my behalf, and I pray my request is not one of cheekiness.”

“Mary.” Margaret called sharply across to the soap making group. “Would you please come here?”

When Mary finished saying something, she trotted over to the garden. “Hello, Carrie. Are you not feeling well—your face seems flushed?”

“So, you are acquainted with Carrie Wells?” Margaret studied her sister, slipped the basket from Carrie, and moved it into Mary’s hands. “She brought these for us and herbs to scent your soap.”

“Sometimes on Sundays after church Carrie walks with me in the woods and shows me barks, roots, and herbs that heal.” She glanced at the basket. “Why, these are lovely.” She glanced at the young woman, then put her hand on Carrie’s arm. “Are you still having trouble with Jacob Cole?”

“Jacob Cole is about to have troubles with her. Has Giles returned from Kent for Assembly today? Will both our brothers be at the meeting?” Margaret’s frogs roiled inside her.

How dare these men take advantage of their servants?

“I saw him and Fulke along with some other men heading to Lewger’s home earlier.”

“But—Margaret,” Mary grabbed her arm. “Certainly, women would not be allowed—”

Margaret shrugged Mary away, snatched Carrie Wells by her hand, and stomped off down the path.

“Sister,” Mary called after her, “you must take off that filthy apron. You’re covered in soil.”

Margaret jerked it untied and slung it. “There is a difference between God’s soil and men’s dirt. Carrie Wells and I are about to sort this very thing out with all those fine gentlemen of Assembly.” 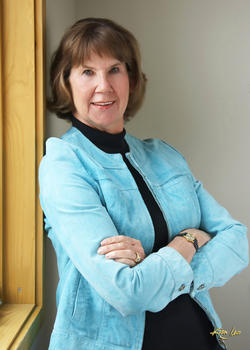 Charlene Bell Dietz writes science and historical-suspense, award-winning mystery novels and short stories. Her award-winning short stories have been published in the Rocky Mountain Fiction Writers 2016 Anthology and SouthWest Writers 2019 Anthology. The Flapper, the Scientist, and the Saboteur combines family saga with corporate espionage. The Flapper, the Impostor, and the Stalker propels readers back into 1923 frenetic Chicago during the Roaring Twenties. Both these novels were named to Kirkus Reviews’ Best Books of 2018, and each won the coveted Kirkus Starred Review. Her latest novel, The Scientist, the Psychic, and the Nut, gives readers a frightening Caribbean vacation. Her current work in progress, a biographical historical novel, starts in England in 1638 and ends in precolonial Maryland. Charlene, a retired educator, traveled the United States as a consultant for Houghton Mifflin Publishers after a career of teaching little ones, older ones, and college graduates. Surrounded by forests and meadows, she currently lives in the foothills of the mountains in central NM several miles from the small village of Torreon. Charlene is the current president of Croak & Dagger, New Mexico Chapter of Sisters in Crime. She belongs to Rocky Mountain Fiction Writers, Rocky Mountain Mystery Writers, Mystery Writers of America, and SouthWest Writers. Connect with Charlene on Facebook, https://inkydancestudios.com/ or chardietzpen[at]gmail[dot]com

Charlene Bell Dietz will be awarding a $25 Amazon/BN GC to a randomly drawn winner via rafflecopter during the tour.

Welcome to Beyond Romance, Charlene! This sounds like a great tale, with a heroine more of us should know about.

Thank you for hosting this book of mine, Lisabet. I'm sorry my internet was down yesterday and I couldn't respond to your welcome praise of my story. I really do appreciate your hosting this. Have a wonderful holiday!