Taking Your Dream Out Of The Trunk (#romance #guestblogger #dreams)

That girl in English class, the one who started on her essay or reading assignment the day it was handed out? Yeah, that was me. A camera was never far from my fingertips either, and anyone walking the school halls was fair game to having their photo snapped for the yearbook. I had grand dreams of becoming a photojournalist. Then my parents moved a few days after my graduation, and at seventeen I was on my own, and all dreams were put on hold. I bounced around from place to place for a couple of years, married young, had three beautiful boys. "Me" became replaced with "Mom". For twenty-some years, I immersed myself in raising my kids. Nothing was more important. I still took photos, I still read whenever I could steal a moment, but writing not only took a backseat, it got shoved, huddled and neglected, in the trunk.

As my boys got older and became involved in sports, I started submitting write-ups of their games to the local paper and they always got printed. That small success fueled the fire kept on slow simmer for too many years. On my fortieth birthday, I sat myself down, as people tend to do, and asked what did I still want to achieve for "me"? I wanted to write a book. So I did. And it was terribly bad. But such an enjoyable experience. And the bug had bitten. I wrote another one, then another and another… I took classes, attended conferences, joined writing groups, and I began getting "good" rejection letters.

About that time, my life shifted gears again. With my children at an age where they no longer needed constant attention, my hubby and I began to travel. I found an entire world out there to explore and photograph, and digital photography made it so easy and fun. I stopped writing halfway through a story—just completely stopped writing. But if you have a true passion for something, it won't be denied. It took a few years, but I gradually found my way back to writing. I still haven't finished that abandoned story, but I will. Another of my stories called to me first. I edited it, brought it into the twenty-first century (my, how the world has changed in those few brief years), submitted it and, yay, it got published. Since then I’ve published three more books, and my most recent, Visual Effects, just came out this month.

I confess to being partial to wounded characters. I enjoy reading about them, and most of my stories feature them. Besides English, two of my favorite classes in school were Sociology and Psychology, and I blame my fascination with the human psyche for this compulsion to torment my characters.

Poor Drey Winston, my female character in Visual Effects, already carried a fair bit of baggage at the start of the story, but that didn’t stop me from putting her through the emotional wringer as the story progressed. I went a little lighter on Jesse Devlin. Just a little, though. When someone is handsome, talented and charming, I found it interesting to see how he’d handle adversity, so I threw some stuff at him along the way.

This is their story. 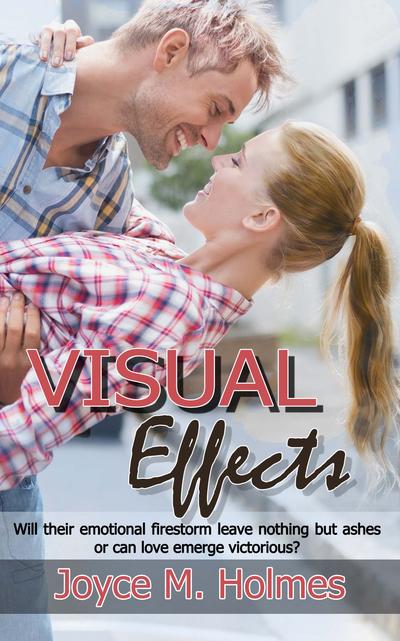 Drey Winston is a fierce competitor who enjoys challenging her mind and body. But when it comes to her heart—no one ever gets close enough to compete for it. Having grown up believing she was an unwanted burden to her parents, she prefers to keep her feelings well hidden. Just when her hard-fought goals are finally within reach, the audacious Jesse Devlin comes along to breach her carefully guarded defenses.

After a disastrous marriage early in life, Jesse Devlin prefers strings-free relationships. Confident and outgoing, he gets along well with women, but his natural charm can’t seem to penetrate Drey Winston’s aloofness. While attempting to win her over, he’s the one who ends up losing his heart.

Can this commitment-phobic bachelor convince the stubbornly independent woman he loves that his feelings—and hers—are the real deal?

Jesse leaned against a tree to draw in a few deep breaths. As he straightened, he plucked his ball cap off his head and wiped his forearm across his brow, then hooted a victory cheer. “Hard work’s over. Time for the reward.”

He dropped the cap onto the sand and emptied his pockets into it. Then he pulled his T-shirt over muscled shoulders, dropped it onto the sand on top of his cap, and made quick work of his footwear. Drey stared in disbelief as he beelined down the beach and ran straight into the low surf. When he was hip-deep in the water, he slipped smoothly beneath the surface. He reappeared several feet out and turned to wave.

“Not a chance. The ocean is cold in summer, I can only imagine how frigid it must be today.”

“Wuss,” he scoffed and splashed water in her direction.

Shivers that had nothing to do with feeling chilly shot through Drey as she watched him emerge from the water a few minutes later. Rivulets ran down his chest, following the ridges and planes of his brawny body. Wet shorts clung to muscular thighs.

He ran his hands over his face and then shook himself like a playful pup. “You don’t know what you missed. Nothing like a dip in the salt chuck to get the heart pumping. Well, almost nothing.” He stalked deliberately up the beach toward her, and the look on his face made her back away, but she didn’t react fast enough. He caught her up in his arms, laughing at her shrieks of protest.

“That’s the whole idea. Get you wet and me warm.”

She gave him a firm push in the wrong direction as she sprinted down the beach. “Not if you can’t catch me,” she threw over her shoulder as she went.

***
To learn more about Drey and Jesse, please visit my website at http://joyceholmes.wordpress.com/bookshelf/. I have buy links and excerpts posted there, as well. 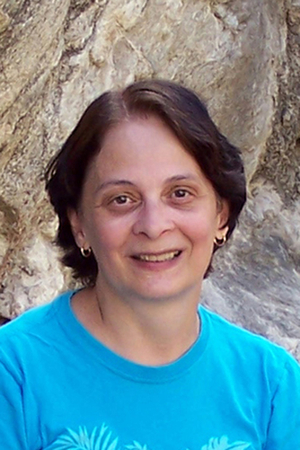 I've learned a few things along the path to this place I now find myself. I've learned life is all about striking a balance. You don't necessarily have to give up one thing to enjoy another. And never give up on a dream, even if it has to ride in the trunk for a while first.

Welcome to Beyond Romance, Joyce!

I find stories like yours inspiring. It takes courage to change your life and explore in new directions.

I enjoyed reading your story Joyce and could relate. I also waited a long time before completing my first novel. Looking back, I think what kept me from doing it sooner was self-doubt. It's a tough business, you have to have a lot of confidence and energy to see it through. Best of luck:)

Courage or something, lol. Thanks for your good wishes and for hosting me today. It was very kind of you. :)

It is such a tough business, Amanda, and so easy to get discouraged. I guess at some point we all have to decide for ourselves how bad we really want it, and then just go for it. Good luck to you.