Looking for the Good in Bad

When Lisabet so kindly offered me a spot in her blog I was bombarded with all the different things I could discuss here. Ideas are usually not a problem for me – it’s the reining in of them and putting them into coherent order.  Something that really struck me on a number of levels, however, was the idea of how frequently we as authors and readers search for the good stuff in bad things.

I love to read about how a heroine’s bad boy that she grew up with can turn around and help fix a situation when she gets back in touch with him. You know the kind of man I mean, the naughty guy who was the first to ride his motorcycle, who kissed you behind that large tree in the park when your friends and parents weren’t watching and maybe even stole a quick touch of your breast while he was at it.

It’s not just writing these stories that I love, but I read them as well, over and over again. There’s something so wonderful, hopeful and satisfying in knowing that even in abject darkness, when everything seems lost there can still be good in there. Whether it be finding lasting love, discovering the goodness inside a person you thought beyond help or just working hard with others to right the wrong in your circumstances.

I think so much of reading regardless of genre, style or author has this within it in some form. 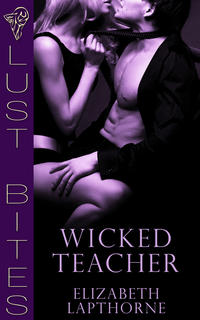 My releases usually are no exception. Whether I’m writing about the fantasy of the student seducing the teacher (Wicked Teacher), retrieving stolen artifacts in Chicago while a magical hit team are trying to track you down (Retrieving Love) or about having that one person you can turn to and trust when Bad Guys are trying to kill you and chase you around London and have kidnapped your father (Flirting with Danger), almost always one part of the story is in making bad situations good again.

My newest release from TEB, Flirting with Danger, is a classic example. Skye Adams is a regular London girl, waiting in a Thai restaurant for her father to celebrate her birthday. Gunmen show up to kidnap and kill her and her day goes seriously downhill from there. Being able to turn to Jack Berick is her only consolation, a man her father informed her was trustworthy and someone she could rely on.

The Agency is a new series I’m beginning at TEB and it’s full of adventure and thrilling characters. I’m delighted to share this excerpt with you and hope you enjoy it as much as I have.

Swallowing more of the tea, she replaced the mug on the coffee table with a small sigh, her stomach sated. She turned to face Jack and once again her heart fluttered in her chest. 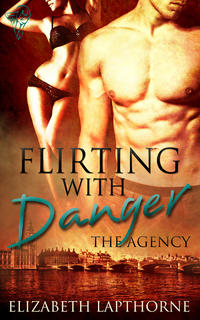 He was so handsome.

“I’m not a lost schoolgirl who needs returning to her parent,” Skye chided him. “But I would definitely like to stick close to you. At least until the vision of that rocket launcher and those four men dims somewhat in my memory. Right now it’s far too vivid for comfort.”

“Hey,” Jack said softly. He leant forward and rested one large, warm hand on her thigh. Heat from his skin soaked through her leg. Skye caught her breath, her gaze lifting to catch his.
Chemistry burned between them as they stared at each other in silence.
Skye lowered her hand to lace her fingers through his, testing the waters between them. His fingers clenched hers, his grip tight but not painful. For a suspended moment she felt as if they were hovering on the brink of an enormous, sheer drop. They leaned in and their lips touched.
The world ignited, her ears rang and Skye felt as if she had just been electrocuted.
Tingles shot across her body and without even realising it, she scooted closer to him. Jack moved forward and soon she straddled him, eating at his mouth with her lips as they strained against each other. She ran her hands over his shoulders then down his back, loving the warmth of his body even through his shirt.
He threaded his fingers through her short curls, his palm cupping the back of her skull. He wound a strand around his digit, his touch tender, as if he wanted to memorise its texture. She stared into his fiery gaze, ensnared in its depths. Need washed over her as her pussy flooded with moisture.
Rocking into him, Skye rubbed her spread centre over his jean-clad erection. Even through the thin denim she could feel his searing heat, the hard, thick length of him straining as if to reach out to her in kind. Their tongues tangled and it took a moment for her to hear their joined gasps as they both struggled for breath.

“This is just a reaction to how close to death you came earlier,” Jack finally managed to pant as he pulled his mouth from hers.
Her cheeks flushed and Skye could only shake her head at him.

“Trust me, darling, I don’t want to take advantage of the scare you’ve had. It’s understandable—”

“Can’t you feel the attraction between us?” Skye cut him off. “It’s electric and potent. It wouldn’t matter if I’d met you at the bus stop, Jack. I want you and I need this. Please don’t deny me.”

“I must be mad,” he muttered. Regardless of his words, he cupped her jaw and dragged her closer to him. Wrapped in his warm embrace, Skye gave herself up to the soul-searing kiss they exchanged. She tasted him, his spicy scent enveloping her. Her hands fell to the waistband of his jeans and she struggled to unsnap them and drag them down his legs, realising it was impossible while they were both sitting.

“Not on the couch, dammit,” he groaned as he raised his head again. “If we’re doing this we’re bloody well going to do it right.”

Bio: Elizabeth Lapthorne has been writing professionally since 2002. She has a number of books released and is continually surprised by how much fun she has starting a new book and discovering new characters and situations that they put themselves in. She enjoys going to the gym (usually to chew over her latest problem scene), is rarely without a partially read book and has a weakness for chocolate.

Elizabeth loves to hear from her fans and checks her email religiously. You can email her at elapthorne999 [at] hotmail.com, or check out her website with free extracts of all her current works at: http://elapthorne.mmebj.com/index.html

I agree that it's hard to resist a "bad boy" - especially when he turns out to be very, very good!

Best of luck with your releases.

They do all turn out to be good, don't they. That's why we keep searching for the next bad one to come along. Always looking where we shouldn't be. Maybe its the bad girls who are just never satisfied.