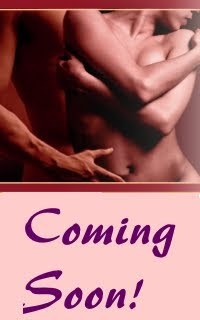 Hot Spell is about elementals - supernatural creatures who embody natural forces like fire or earth. The hero, Aidan, is a Fire Elemental. The name Aidan just popped into my head when I began working. On a hunch, I went to look up the meaning of "Aidan" and discovered that it is an old Celtic name referring to fire.

I knew I had to be on the right track.

The flames of passion are more than metaphor.

The city swelters In the grip of an unseasonable heat wave. Sylvie endures her solitary urban existence for the sake of her career, but the prospect of a hot, lonely three day weekend proves unbearable and she flees east to the pine-shrouded mountains. Far more at home in nature than in the city, Sylvie doesn't mind being alone in the wilderness, but she's not the only being haunting the glades and the trails. Her plans for a midnight dip are interrupted when she discovers a handsome stranger in the stream near her camp site. Hidden in the shadow of the trees, she can't help watching as he pleasures himself – or indeed, surreptitiously joining him in auto-eroticism. By the time she recovers from her climax, however, he has vanished.

Aidan finds her the next day as she sun bathes nude in a high meadow. It's obvious that his desire burns as fiercely as hers, yet he resists his own lust, refusing to make love to her. The muscular, sun-bronzed man with the red-gold hair is cursed with power he fears will destroy her if they give full rein to their passion. Can earthy, voluptuous Sylvie refrain from tempting him? Or will she risk being being literally consumed by love?

Posted by Lisabet Sarai at 8:17 AM