Today I've got an interview with Cara Witchai, the heroine in my new release GRIND. Hope you enjoy it!

01  What is the worst nickname that anyone has ever called you?

In Thai culture, nicknames are commonplace thanks to the ridiculously long names. My father gave me a horrible one…that I’m not going to tell you.

02  Have you got a favourite flower?

I love peonies and hydrangeas!

03  Do you add a sauce, ketchup or other artificial flavourings to your food?

I put fish sauce on almost everything. Almost.

04  Describe yourself using only words that begin with the letter 'T'.

Ummm, baby? It changes from time to time.

06  What is your least favourite colour?

07  What is the best present you ever received?

08  Given the choice of absolutely anything, what would be your dream job?

I have my dream job! I’ve got a successful restaurant and another is about to be up and running!

09  What position do you sleep in at night?

10 What is the most embarrassing thing that has ever happened to you?

The week after I opened the restaurant I was flouncing around the dining room and ran into a waitress, spilling the entire order over the table it was meant for. I don’t think they’ve ever been back.

11  Who is your favourite fictional character?

Sherlock Holmes always interested me. The way his mind works is fascinating. And Viane Rocher from Chocolat. I admire her strength and spirit and would love to try one of her chocolates!

12 If you were transformed into a wild creature, what would it be?

A bird! To be able to fly anywhere and everywhere would be wonderful!

Can Jason convince Cara to go from being lovers to something more? 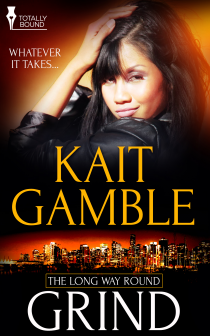 Commitment phobic Cara Witchai loves her life the way it is—especially her no-strings-attached relationship with long-time lover Jason. But when Jason blurts out a marriage proposal, it throws Cara into a tailspin. How can Jason convince her to stay?

Cara, a successful restauranteur, prefers to be in charge of her life. She’s done a great job of it so far. She has a wonderful friend, a restaurant where customers need reservations months in advance to get a table and she has a man who fits into her life without taking over. She can get on with her life while still having fantastic sex and not have to worry about maintaining a relationship that will eventually fall apart. It’s bliss, as far as she’s concerned.

Jason has other ideas for his latest visit to see Cara. They’ve dated in the past, but after breaking up, their arrangement has evolved into a mutually satisfying meet every few months. They understand each other and are happy in and out of bed. However, neither has pushed for anything more. Jason wants to take things further, so he must convince Cara that they make the perfect couple.

His plan—use every weapon in his arsenal. Money, his command over her body. Whatever it takes.

Kait was born and raised in the wilderness of the Pacific Northwest and started writing to entertain herself during the long winters as a child. Insatiably curious with a love of learning new things, she’s picked up many random skills including three languages and two martial arts. After travelling three continents (the other four are on her bucket list), she settled in England with her family where she spends most of her time cultivating her daughter’s love of reading and writing, scribbling ideas on every available scrap of paper, and trying out dialogue on her cat.

Hi, Kait! Welcome to Beyond Romance, and congratulations on the new release. I enjoyed "meeting" Cara. She and I have a number of things in common, based on your interview.